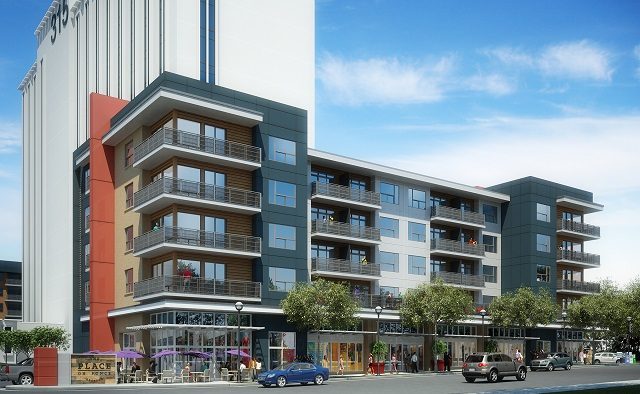 There are several apartment projects in the works in Decatur.

The Place on Ponce, located along West Ponce de Leon Avenue, recently started leasing the first 28 of 234 planned units. The Trinity Triangle project at East Howard and Trinity Place is expected to get underway soon. It will add 210 apartment units to the city. There’s another apartment development at 160 Clairemont that’s currently under construction, which will have 167 apartment units.

The construction has created short term inconveniences, blocking sidewalks and detouring roads. But what about the long-term impacts?

A reader asked us this question:

Has the city of Decatur conducted any traffic studies for the apartments that are going up? If so, where may I locate them?

For an answer, we asked Assistant City Manager Lyn Menne, who oversees community and economic development for the city. Here’s what she had to say:

We do not usually conduct traffic studies for this type of development. Typically traffic studies are conducted to support a road widening which is not something we would pursue downtown. However, during the plan review process, circulation and transportation facilities for pedestrians, cyclists, vehicles and transit are reviewed.

Streets can be modified in accordance with the adopted Community Transportation Plan which contains a Complete Streets policy. In the case of an urban center with a variety of transportation options like downtown Decatur, mixed use developments, particularly those with a residential component, have very limited impact on traffic.

The point of a higher density mixed use center like downtown Decatur is to create opportunities for fewer car trips. In fact we found that traffic counts into and out of downtown Decatur actually decreased after our last development cycle when we added 600 new condominium units in the downtown district.

The market for these types of apartments currently under construction is primarily young professionals and this age group is trending toward much higher use of transit and alternative transportation options and remarkably less dependence on cars and even car ownership. By comparison, a similarly sized office building typically generates 6 times the amount of automobile traffic than a multi-family residential building because office buildings contain more people per square foot than a residential project of equal size.

National market research is showing a continuing movement into higher density urban areas at record numbers with the trend being driven by both Millennials and Baby Boomers at opposite ends of the age limits and representing our two largest population groups. This inward migration is a result of a very conscious decision by both of these age groups to live in areas with access to transit, walkable activity centers and a desire to be less car dependent.

This cycle is predicted to last for another 50 years as the Millennial generation opts for urban lifestyles over long car commutes. This fact is supported by reports showing that the number of automobile drivers and the number of car miles driven has been dropping steadily in this country since 2000. As we work to continue to develop places like downtown Decatur where driving isn’t a necessity and other transportation options exist, we expect that automobile counts will be flat and/or decline and transit use, cycling and pedestrian counts will continue to grow.