Atlanta Police are asking for the public’s help tracking down a man accused of sexually assaulting a woman on Oct. 27.

According to police, the assault occurred around 6 am on Oct. 27 near the KFC on Joseph E. Lowery Boulevard.

“The Unidentified suspect had a large diamond shaped earing on his left ear,” the news release says. “The suspect drove victim to the area of 1350 Mayson Turner Rd. The suspect was driving a newer model black sedan possibly a Chevrolet Malibu.”

The victim described the suspect as, “5’09 to 5’10 with slim build clean shaven with low haircut and long side burns. The unidentified suspect was wearing a red and black ball cap with the letter ‘A’ in red, with a black tee shirt with a cartoon character on the front.”

APD also released this sketch of the suspect: 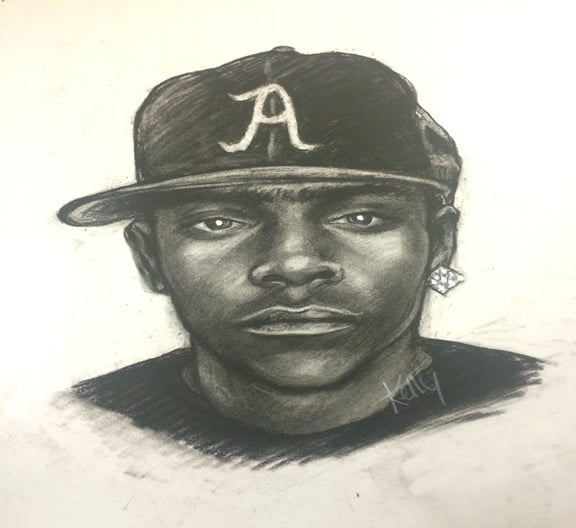 People with information about the crime are encouraged to contact Crime Stoppers at 404-577-TIPS (8477), online www.crimestoppersatlanta.org or by texting CSA and the tip to CRIMES (274637).Tips can be submitted anonymously and tipsters are eligible for a reward up to $2,000.