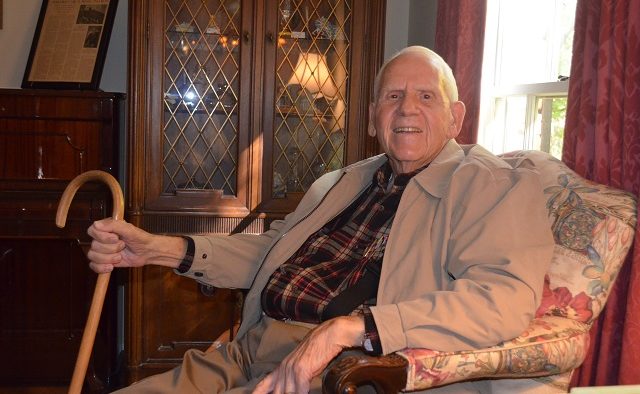 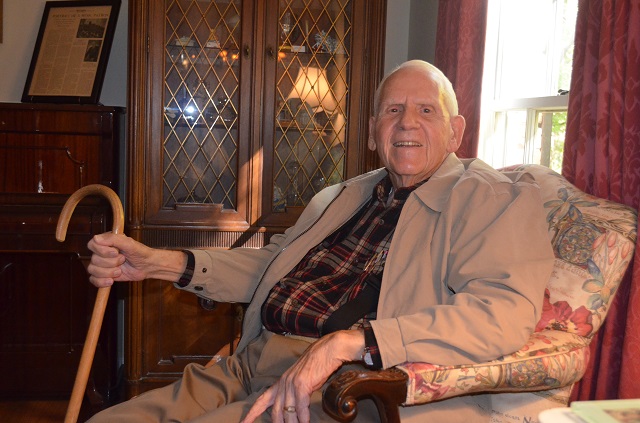 But on Nov. 4, Pyles, an independent, received the most votes, pulling in 26 percent of the electorate and forcing a runoff with former DeKalb County School Board member Nancy Jester. The runoff election will be held Dec. 2.

Jester, who ran as a Republican, spent $2,947 and had more name recognition because of her service on the DeKalb School Board. No campaign disclosure reports were available for Pyles.

Pyles is a retired state employee who lives in Stone Mountain.

His slogan? “No shenanigans.”

The Nov. 4 election result left many political observers scratching their heads. Pyles recently told Reporter Newspapers that he was shocked by the result, too.

“I was thinking I might be in the running, but I didn’t think I’d be on top,” he said.

There are two theories about how Pyles managed to make it to the runoff. According to one theory, because Pyles ran as an independent, people saw the “I” next to his name on the ballot and assumed he was the incumbent. The incumbent in that seat, Elaine Boyer, resigned in August and was subsequently indicted on public corruption charges.

The other theory is that all of the district’s Democrats supported Pyles because he was the only non-Republican in the race.

“I’ve heard from people I haven’t heard from in years,” he said one recent morning during a chat in the brick home in the Smoke Rise neighborhood of east DeKalb where he lives. “I’m having a hard time returning the calls I’m getting from people I’ve known through the years.”

Jester has a complex and interesting political history. She was removed from the DeKalb County Board of Education in 2013, along with five of her other board members. Her husband, Stan, ran unopposed for the District 1 Board of Education seat and won in May. Jester also was a candidate in the 2014 Republican Primary for State School Superintendent.

Jester told Reporter Newspapers she wasn’t surprised by the result of the Nov. 4 election.

“Nothing in politics surprises me, sad to say,” she said.

Pyles’ story got the attention of Maurice Atkinson, who lives in Macon. He created a Facebook and Twitter page for Pyles. Atkinson is a Republican. He got involved after friends of Pyles gave him a call.

“I started digging up a little of who the guy is,” Atkinson said. “I saw some of the responses of the politicos smearing the snot out of the poor man. I said, ‘You know what? It’s honking me off.'”

Atkinson said he’s working to support someone who is unaffiliated with county government and who isn’t a career politician. That’s what DeKalb needs, he said.

“You don’t have to be an Einstein to be a county commissioner,” Atkinson said.