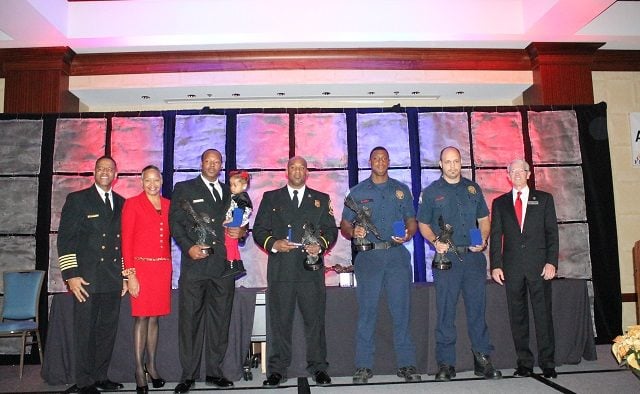 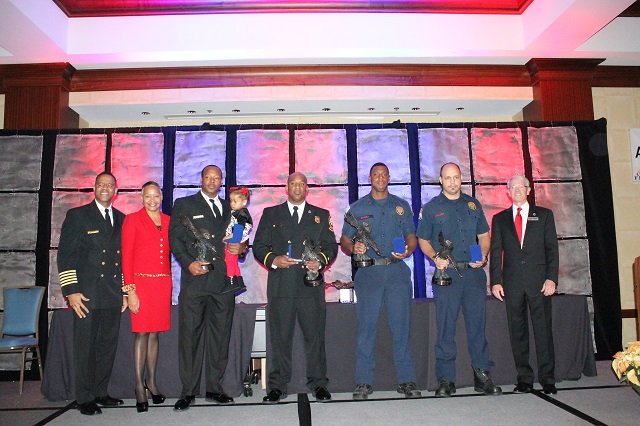 Atlanta firefighter Clark Glass was helping to put out a house fire in March when the ceiling collapsed in on him.

Four of his fellow-firefighters saved his life.

That earned them the Atlanta Fire Rescue Department’s Valor Award, according to a press release from the Fire Department.

The award winners are:

Cpt. David Ware, Truck 15, also received the Award of Merit. He directed Glass’s rescue from a ladder placed against the burning house, the press release says.

“These four men demonstrated the courage and caring that is the hallmark of any great fire department,” Chief Kelvin J. Cochran said in the press release. “As members of the brother- and sisterhood that is the fire service, we should all strive to follow the example they set on that frigid March night.”