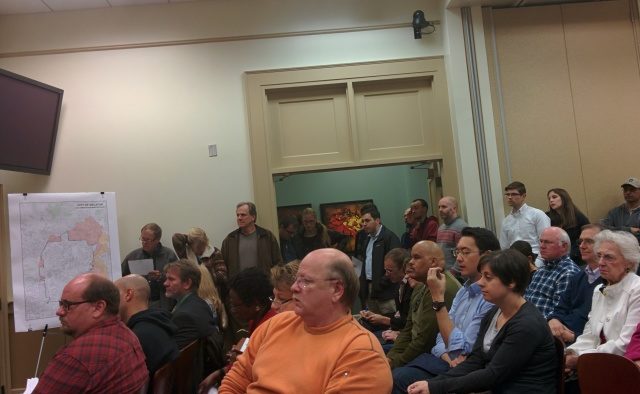 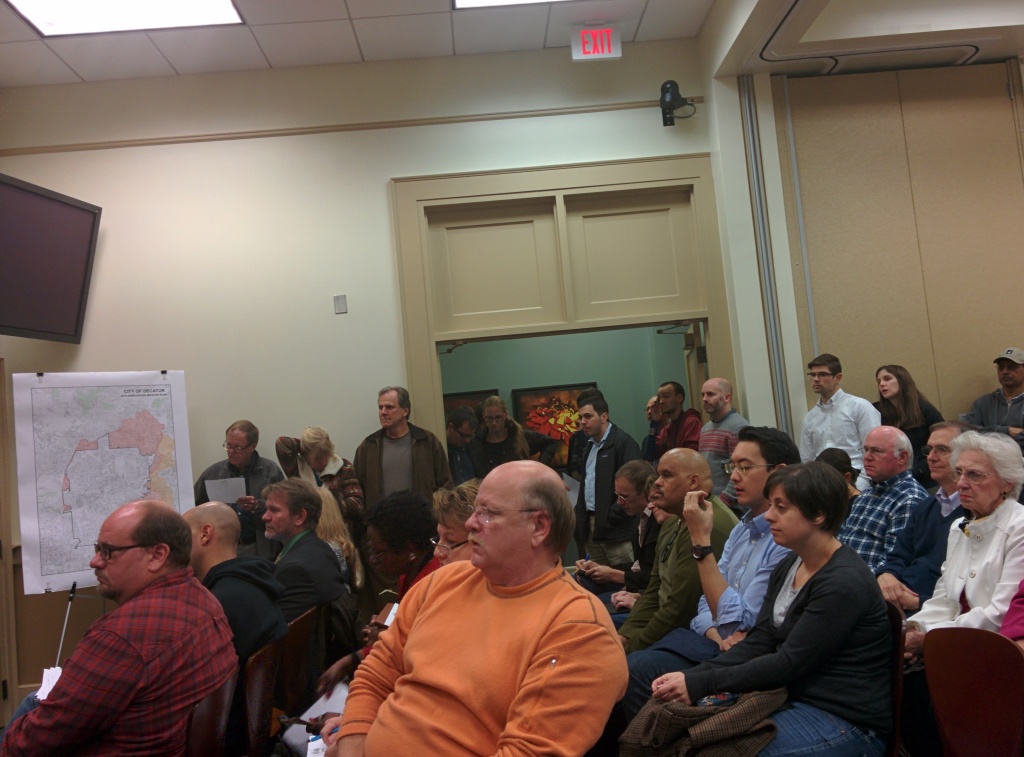 Decatur commissioners made their case for annexation to an empty room Monday evening.

Most of the crowd, full of petitioners who want to be annexed into the city, petitioners who are against it and residents furious that they don’t have a say in the matter, left after a public hearing on the topic.

Mayor Jim Baskett said while some residents are mad that they don’t get to vote on annexing more property in the city, the city’s elected officials aren’t much better off. Even without annexation, the city’s school system expects 3,000 more students, a 69 percent increase.

There’s no room for them as it is. At the same time as Decatur’s City Commission meeting, school officials were at the high school down the street discussing plans for adding classrooms to that building.

“If we never annex another piece of property, then they’ve got a crisis that needs to be dealt with and they can’t do it by adding a few stories on at the high school and middle school,” Baskett said.

Annexation, and the available real estate it could bring, is a potential solution to that crisis. It would also bring an additional 580 students through the doors of the city’s schools. The city’s current annexation map would add 7,310 people, 1.6 square miles and 18 miles of paved roads into the city limits. It will bring in commercial retail areas like Emory Commons, Suburban Plaza, Patel Plaza and DeKalb Medical Center.

No options are ideal. No choices will make everyone happy. And commissioners don’t feel like they have a choice, Baskett said.

“After dealing with annexation a couple of years back, we weren’t anxious to get back into this annexation discussion,” Baskett said. “I for one certainly was not anxious to. We did not choose this. It was dropped on us. A bill was dropped for a city of Briarcliff that totally surrounded us to the north. So these people that were here tonight who live in some of those areas who were saying we want to stay in the county of DeKalb seem, to me, to be burying their heads in the sand.”

Staying unincorporated would be an uncomplicated solution. It’s also not one commissioners think is a realistic.

During the hearing, several Decatur residents got up to speak against the idea.

“It’s easy to understand why city of Decatur residents feel the way that they do,” Crass said. “I think it’s also pretty clear why those of us who are pro-annexation are in favor of that.”

Decatur has received 207 petition signatures out of 1,000 parcels of land. Some areas that aren’t in the city’s plan want to join Decatur. City commissioners haven’t been receptive to expanding the borders of the map because of the surge in school enrollment.

Other areas that are in the plan have petitioned Decatur asking to be removed. For example, area A of the annexation plan which includes Clairmont Avenue, Clairmont Run, Landover Drive and other areas on the western border, showed strong opposition to the plan. According to City Manager Peggy Merriss, 73 signatories are asking not to be annexed into the city while nine have asked to join Decatur.

Baskett asked the city to provide information to answer some of the questions residents keep asking.

Only residents in the area to be annexed would get to vote, if the annexation is decided by a referendum. Yes, residents who live in unincorporated DeKalb would now get two tax bills: one from Decatur and one from DeKalb County, but the county tax rate will be lower because the city will pick up some of those services.

Another question Decatur commissioners aren’t asking, at least not in public, is whether they’re being a little too polite by respecting the annexation plans of Avondale Estates. Avondale’s annexation map shows property around Rio Circle, all commercial properties, but those owners want no part of Decatur’s smaller neighbor to the east.

But Avondale’s own state representative isn’t optimistic about the chances of the annexation map moving forward when the General Assembly convenes in 2015.

Mike Easterwood, who owns Decatur Self Storage and wants out of Avondale’s map to be in Decatur, on Monday reminded commissioners about Drenner’s assessment. Avondale Estates officials tried to change the minds of Easterwood and other Rio Circle petitioners, but Easterwood doesn’t see the point of discussing it further.

“The previous map is dead, so I’m not sure what else we need to discuss,” Easterwood said.

Decatur commissioners smiled, nodded and made a point of not acting interested.

Other commercial property owners were a little offended by the covetous talk about the taxes they can deliver for the city.

George Lawes, owner of Kudzu Antiques, said having his property annexed into the city could make it harder to do business. Any additional tax burden should be phased in, he said.

“I feel like a minor lord in ‘Game of Thrones.’ It’s clear to me from what I’ve learned, Avondale and Decatur have been eyeing it for quite a while,” Lawes said. “Every time a commercial property has been referred to here in the city, it’s been referred to like a cash cow.”

Decatur, in keeping with the city’s foodie spirit, is being picky about which cash cows should be on the annexation menu.

Here’s another complicated annexation question: With the city’s schools bursting at the seams with students, can Decatur afford to be picky?

Read it: Here is the city of Decatur’s current annexation map.