Sunday Morning Meditation – No time in between

Sunday Morning Meditation – No time in between 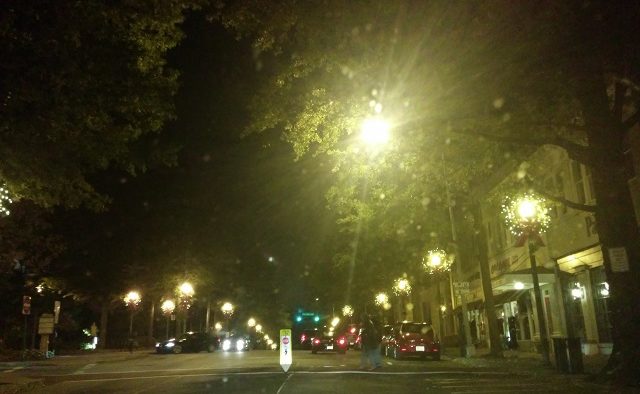 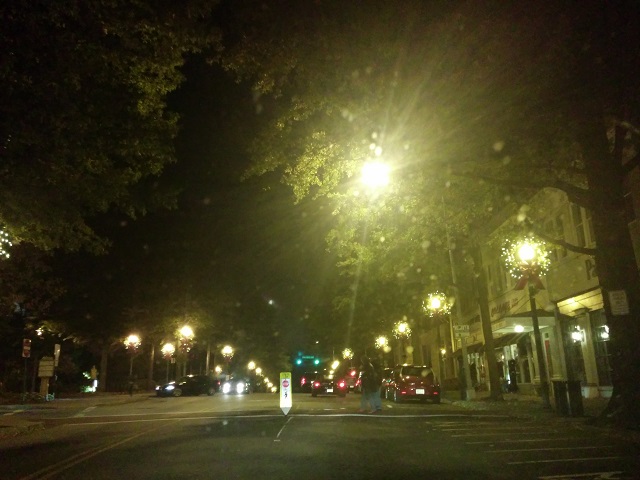 In the fall, time speeds up as you fall back into familiar routines.

Winter was on its way Friday night. The cold punched the clock right as Halloween punched out. I remember sitting on the couch at 9 pm, holding the candy bowl with some telltale wrappers littering the cushion next to me, and seeing a TV ad for a Halloween sale at Kroger. I thought, little late for that isn’t it?

Five minutes later, I saw an ad for Christmas/Holiday/Atheist Children Get Presents Day gifts at Walmart. A little early for that, I thought.

The cold really set in on Saturday. It came out of nowhere. Fall switched off. The cold switched on. I fought the urge to turn on the heat. I had just paid a power bill less than $100. I needed a few more weeks, at least, of not having to run anything to maintain a tolerable temperature in my house. No such luck. I gave in and I found typing became a lot easier after my fingers stopped being numb.

I waited for my car to heat up in the driveway, rubbing my hands together. I found the classic rock station on the radio. We had to set the clocks back an hour Sunday morning, which means the time on my car radio will actually be right now.

On my way to the market I drove east down Ponce de Leon and … there they were.

And when in the hell, exactly, did the city go out and hang all these up?

Seriously, isn’t it a little early? Aren’t you being a little pushy there, Christmas? Aren’t you jumping the gun there, cold? I haven’t even begun to process the meaning of Halloween 2014.

At the Farmers Market everyone looked a little stunned by how quickly the temperature dropped. People didn’t dress warmly enough. They all stood a little taller, like a teacher just rapped their desks with a ruler.

It wasn’t long ago, when it the weather outside was still 80 degrees, that I was in the DFM offices. It was a meeting of local business owners discussing the possibility of the Farmers Market and other commercial properties moving into a proposed new city of Briarcliff.

Why, I’m a local business owner, I had said to myself before accepting my own invitation to stop by.

The owner, Robert Blazer, sat quietly in the back while one of the Briarcliff supporters made their case to a quizzical audience.

Many people around here have never laid eyes on Robert Blazer, or wouldn’t know it if they did, and I think I’ve met him on three separate occasions within the last year. He’s a quiet, intense man who would prefer – above all else – to be left alone. I would’ve never thought him to be a political activist of any sort, but he’s been a lot more vocal lately. Something about this annexation issue has stirred him. It’s stirred a lot of people.

I gathered up my DFM loot, a chicken pot pie, cheese cake and some specific pasta, and played a game of Human Frogger in the parking lot on the way to my car. Driving back home I saw those twinkling little beacons lining Ponce de Leon. People walked across the crosswalks in front of me, headfirst into the wind, pulling their light coats tightly around them.

The end of 2014 will be decisive and unforgiving. Cold weather is here, ready or not. Get used to walking in the darkness now that the sun sets at 6 pm.

Choose a Democrat, or a Republican on Nov. 4. Or chose a Libertarian if you want to force a runoff and string these political ads out a few weeks longer. Join a city or a city will come for you sooner or later.

In the 6 pm darkness, there will be holiday halos shaking in the 30-degree breeze. Enjoy the decorations. They’re here now, your tax money paid for them and they aren’t coming down for at least two more months.