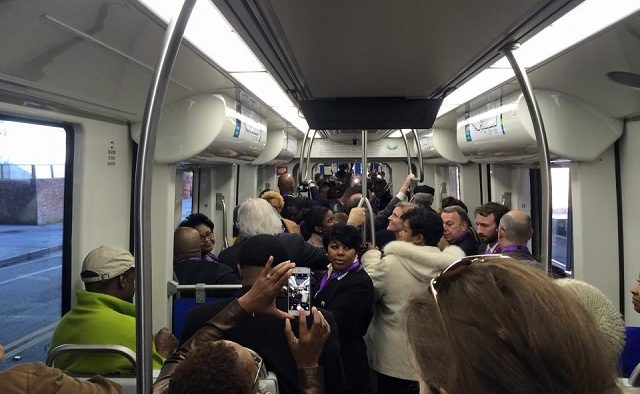 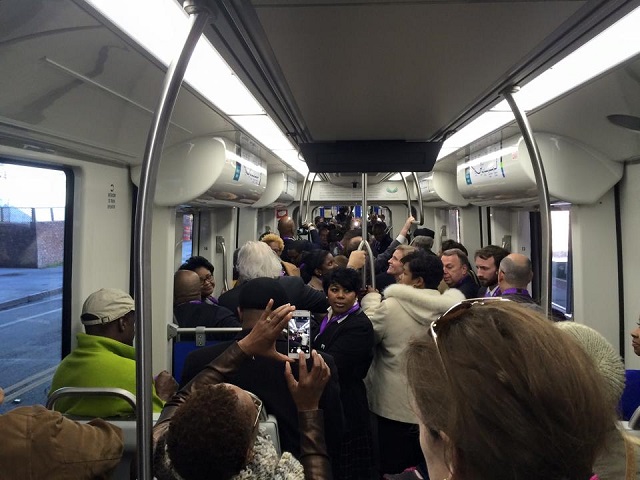 After months of delays and cost overruns, the Atlanta Streetcar will begin serving passengers today, Dec. 30.

The Atlanta Streetcar will run a 2.7 mile loop that runs from Centennial Olympic Park to the Martin Luther King Jr. Historic Site. Service will be free for the first three months, according to a statement from Mayor Kasim Reed’s office.

“Children under 10 years old will always ride free, so I encourage families to ride the Streetcar as you visit our world-class tourist attractions like the Georgia Aquarium, World of Coca Cola, and the College Football Hall of Fame,” Reed said in the press release.

Prior to today’s debut, the street car missed several promised launch dates. The city was having difficulty securing federal approval to carry passengers. It was initially projected for spring 2014, but weather and infrastructure issues pushed it back to summer. As fall began, a new opening was set for November, then pushed back to Dec. 6.