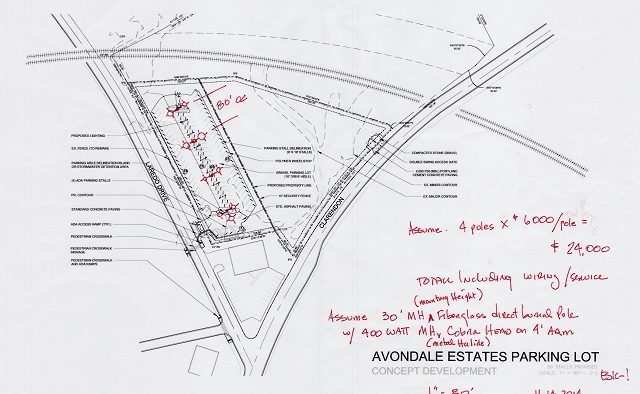 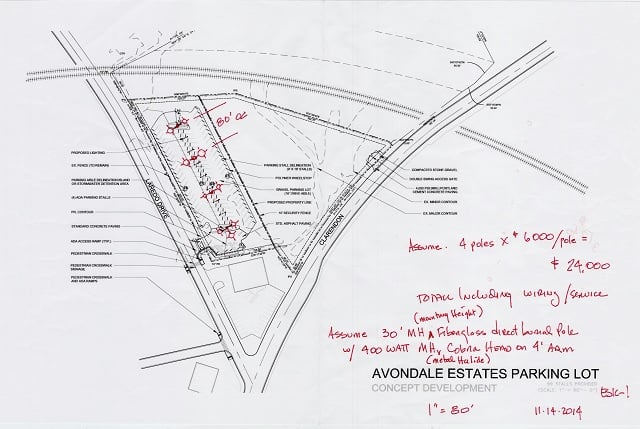 The Avondale Estates City Commission wants to reexamine its options before building an overflow parking lot on space owned by MARTA.

Commissioners decided at their Dec. 10 work session to delay action on the idea until the spring. The estimated cost of constructing the lot is about $268,000, but throw in the suggested $1,800 per month lease on the MARTA-owned property behind Savage Pizza, and the cost would climb to about $375,000 over five years. The lot would produce about 99 parking spaces.

“There’s just so many other things going on,” Giager said. “We’ve got the development here. We could be investing in infrastructure for downtown development … I felt more comfortable delaying this mainly because we have parking available right now.”

Giager was referring to four acres the city recently purchased out of bankruptcy from the creditors of the failed development known as Century AG/Avondale. The property is located along Oak Street, Franklin Street and North Avondale Road and would be closer to the city’s downtown businesses.

Fisher Paty of Oakhurst Realty Partners, the owner of Tudor Village, said the city will need to address parking issues sooner rather than later.

“I definitely think that I’ve been expressing concerns to (City Manager Clai Brown) and others that the next problem we’re going to have is a parking problem,” Paty said during the work session. “It’s a good problem to have. But I want to try and stay in front of it.”

There’s also another development that could offer a more long-term solution. Euramex Management recently purchased the 13-acre Fenner Dunlop Property and intends to develop it as a mixed use project.

“The four acres is going to give us some good leverage with Euramex to look at parking,” Giager said. “They know our situation and that we need parking.”

Brown said Euramex is working on its draft plan for the area.

“Euramex wants to ensure they have a solid plan to present to the city,” Brown said. “Once they are confident of how that will look they will present a concept rendering to get feedback from the city.”

Brown did not know when Euramex might be ready to present this plan to the city’s boards for public input.

“They will present a draft rendering to ensure this is what the city is looking for,” Brown said. “They have made it clear they want to be partners with the city.”

Amanda Rhein, senior director of transit oriented development for MARTA, told Decaturish that the city’s decision to postpone and potentially scrap the proposal to use the Transit Agency’s property “doesn’t really affect us.”

“We were really just trying to be a good partner to them because they had parking capacity issues,” Rhein said.