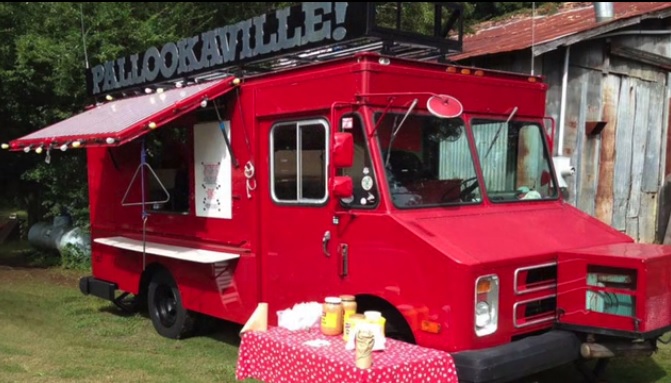 Jim Stacy wasn’t wild about the idea of asking for help fixing the food truck for his popular Pallookaville restaurant in downtown Avondale Estates.

But the prospect of paying thousands to replace the engine was more than the small business could handle.

“I was surprised that I was able to be talked into doing it, because … we are so fiercely independent that I was pulled kicking and screaming into it,” Stacy said.

The trouble began about three months ago when the Pallookaville crew drove the truck back to Avondale from an event in Hapeville, Ga. The truck is a 1984, diesel-fueled fleet vehicle used by the U.S. Postal Service that’s been converted into a mobile corn dog stand.

“The wrecker driver was absolutely incompetent and hit four different traffic lights with the exhaust system at the top of the thing,” Stacy said.

Total expenses will be about $11,300. In the meantime, the trucks hasn’t been available for private functions. Pallookaville can attend festivals without the truck, but the truck is an important visual cue for customers.

“We definitely saw a difference in how much business we were doing because people were looking for the truck,” Stacy said. “They looked over the tents and didn’t realize it was us.”

Stacy said he’s had to “eat a little bit of crow” but says he’s pleased by the support his campaign has received from customers and well-wishers.

“They’ve been generous and very supportive of what we’re doing,” Stacy said. “It definitely made the bitter pill go down easier.”