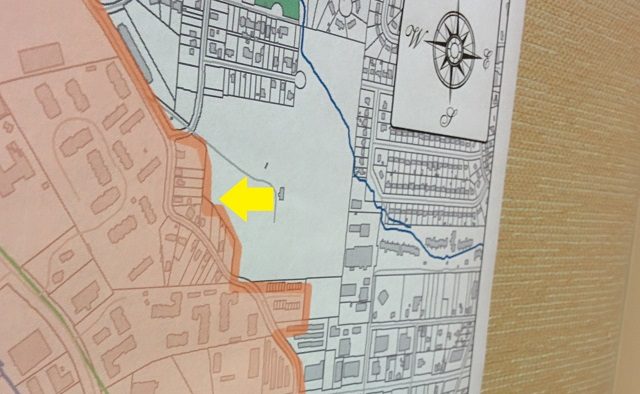 Decatur City Manager Peggy Merriss also recommended removing this portion of annexation area B, which is on the other side of Jordan Lane.
Share 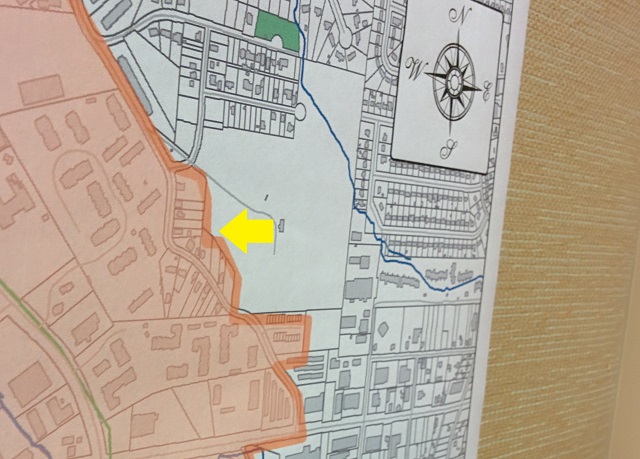 Decatur City Manager Peggy Merriss also recommended removing this portion of annexation area B, which is on the other side of Jordan Lane.

There were meetings, power point presentations, service delivery reports and exhausting amounts of discussion about a plan that, ultimately, didn’t change much from the draft that was initially released by the city.

On Dec. 15, City Commissioners approved that plan but at the last minute removed two portions of it: A section on the east side of Jordan Lane in annexation Area B and a small portion of annexation Area A, which has an Atlanta address.

Decatur City Manager Peggy Merriss said that may not be the last change commissioners make to the plan they adopted on last Monday. The City Schools of Decatur passed a resolution in support of that annexation plan on Dec. 17. Now the city is looking for a legislator who will sponsor it in the upcoming session of the General Assembly. State Rep. Mary Margaret Oliver, D-Decatur, said she would sponsor the bill on Decatur’s behalf.

“I expect that as we move through the process and get an exact survey, there may also be a limited number of other properties that may have to be deleted or added because of access or topographical features or for other specific service delivery reasons,” Merriss said. “The plan will likely be tweaked around the edges as we move forward.”

The properties east of Jordan Lane would remain in unincorporated DeKalb County. Merriss said the city faced service delivery issues for those properties.

“We’re looking at the most efficient service delivery and there were a limited number of properties on Jordan Lane that could not be accessed via DeKalb Industrial,” Merriss said. The issue first came to the city’s attention last week, Merriss said.

The decision to cut off a portion of Jordan Lane was confusing for some of the residents living along the road. The revised lines take in parts of the street, but not others.

Valerie Barry’s condo wasn’t in the original plan, but the plan does reach across U.S. 29 to take in commercial property, like Café Istanbul.

“You’re telling me half of our street is difficult to service but Café Istanbul is easy to service,” Barry said. “How do you tell us that?”

Meghan Ramsey, who lives off Arborcrest Drive on the east side of Jordan Lane, said the city appears to have “cherry-picked” some areas and excluded others.

“I don’t think you realize you split my neighborhood in half,” Ramsey said.

Cities and unincorporated communities in DeKalb County are scrambling ahead of the 2015 session to stake their claims to any part of the county that isn’t in a city. They’re responding to proposals for creating new cities of LaVista Hills and Tucker. A subcommittee of the state House Committee on Governmental Affairs recently approved a boundary for the two cities that divides the Northlake Mall area. But other portions of the maps for Tucker and, in particular, LaVista Hills are in dispute.

Decatur and Avondale have been mindful of each other’s plans as they’ve finalized their maps. Avondale has delayed approving its master plan until January as it works to resolve differences with commercial and residential property owners who have asked that they be left out of that plan.

Merriss said the tweaks to the plan aren’t going to affect the overall impact annexation will have on the city.

“It would be marginal,” Merriss said following the Dec. 15 meeting. “I think the estimates are still within a reasonable range.”

The goal of Decatur’s plan is to increase the city’s base of commercial tax revenue. The current ratio of residential to commercial property is 85 percent to 15 percent. The annexation plan, if approved by the voters, would change that ratio to 76 percent to 20 percent.

Decatur’s Annexation area A also overlaps with annexation map proposed by a group of Druid Hills residents who want to join the city of Atlanta. The group, known as Together in Atlanta, drew its lines based around the school attendance zones of Briar Vista and Fernbank Elementary Schools. The group follows on the heels of an unsuccessful effort to turn all the schools that feed into Druid Hills High into a “charter cluster.” Decatur’s decision to remove that small section of A because it has an Atlanta address still leaves the two groups with overlapping maps on Decatur’s western border.

While Together in Atlanta members are looking to join a new school system, Decatur’s annexation agenda is all about creating more space and revenue for its schools. A consultant’s report said that taxes will go up without annexation, and the school system will have little room to grow.

The Decatur schools system’s current enrollment is around 4,300 students. The consultant’s report on enrollment estimates that the city’s school system will grow to 7,398 students by 2020 without annexation in a high-growth scenario.