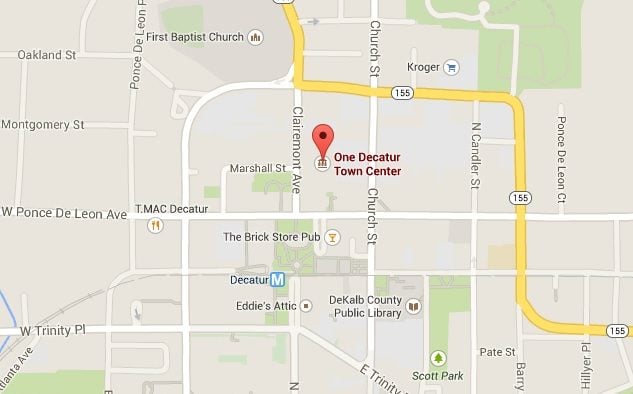 A map showing the approximate location of a homicide that occurred on Saturday, Dec. 6. Source: Google Map.
Share 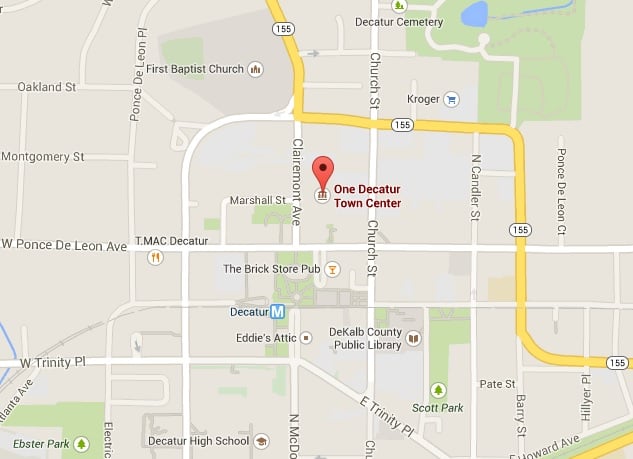 A map showing the approximate location of a homicide that occurred on Saturday, Dec. 6. Source: Google Map.

UPDATE: The victim has been identified. For more information, click here.

A witness reported hearing a gunshot prior to the discovery of a woman’s body in a downtown Decatur parking deck on Dec. 6.

Decatur Police have released few details about the murder investigation. The Georgia Bureau of Investigation was on the scene Saturday evening, Dec. 6, after people leaving a parking deck near One Decatur Town Center noticed the woman lying on the ground. Decatur Police Sgt. Jennifer Ross told Decaturish, “Officers were on their way to the person down call when they were notified someone reported having heard a gunshot.”

Ross declined to release additional information citing an ongoing investigation and the need to notify the victim’s family. It’s not clear if the victim lived in Decatur or was visiting that night.

A Decaturish reader, Nicole Redeker, sent us her account of what happened following the discovery of the body.

“My husband, Stephen Redeker, and I parked outside of Eddie’s Attic at about 11:30 pm Saturday evening to go for dinner at Leon’s,” Redeker said. “On our walk over, we commented on how eerily quiet and dead downtown Decatur was for a Saturday night. When we got to Leon’s, we saw that the cross street was marked off with police tape and several cop cars were present. During dinner, a DPD officer came into Leon’s and went around questioning most of the staff and customers. What he asked us at first was if we had seen a thin, white female in an orange skirt. I told him not that I recognized, that we had seen a few people standing outside of Square Pub and none of those women were wearing orange skirts. I also told him we had passed three couples on our way and I could not remember what they were wearing. I asked if there was a chance she was with someone else and he said not that they know of. By the time we left at 1:30 am, the police cars were still present and the street was still marked off.”

We will post more information when it becomes available.

Murders are a rare occurrence in the city of Decatur. The last one occurred in Oct. 2013, and that was the first homicide reported in the city since 2010.