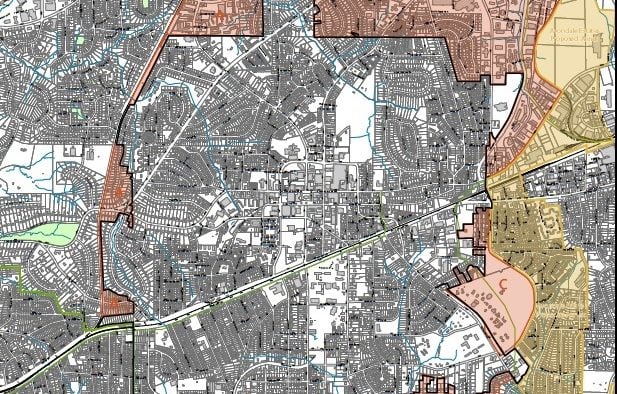 The city of Decatur has just released its revised annexation master plan.

Preliminary estimates of the areas under consideration show they would deliver $5 million in tax revenue and providing services to these areas would cost $4.2 million in year five. In the first year, the annexed areas would generate $4.6 million in revenue and cost the $4 million in expenses.

The city would need to build a new fire station and hire additional firefighters to serve area B in the annexation map. Area B includes Suburban Plaza and DeKalb Medical Center.

City Manager Peggy Merriss said if the city annexes these areas it will need to hire five more police officers, one police investigator and 28 additional employees for the fire department.

The City Schools of Decatur Board of Education is expected to consider voting on a resolution to support the master plan at its Dec. 9 meeting.

Here is the report, provided by the city.