In Soviet Russia, Christmas celebrates you

In Soviet Russia, Christmas celebrates you 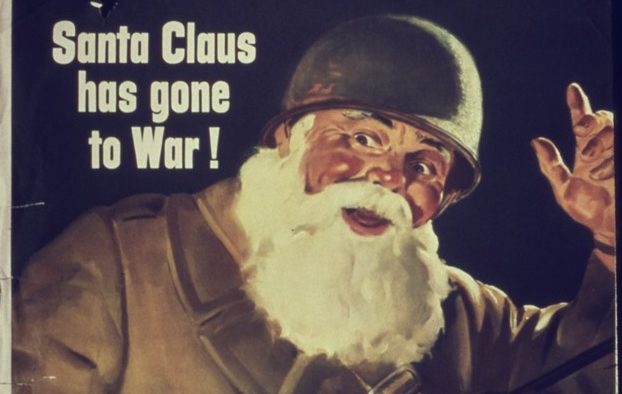 With a baby on the way, I’ve decided to savor my last childless Christmas. I imagine Christmas with a baby will look somewhat similar, except I’ll have to care more.

I’ve wondered whether I’ll do the whole pretend-Santa-is-real shtick. It’ll be a little hard for me to pull off. I don’t have a chimney and that’s a fairly elaborate lie. I’d rather tell much simpler, more convincing lies like,”You can go to any college you want,” and, “Why yes, I’d love to watch ‘Cars’ for the ninth time.”

But I’m settled on one thing. I’m totally teaching my kids about Krampus the Christmas Monster. I want to be able to say, “Look, I can’t vouch for Santa. But if you don’t clean your room, it is seriously going to piss off Krampus.”

So what will I be doing on my last childless Christmas? In no particular order ….

Because there are days where getting gunned down by 12-year-olds skipping school is less frustrating than running a business.

Truman Capote was a master of the short story, and “Jug of Silver” is one of the Christmas stories ever written. No one captures the look and feel of small town Alabama better than Capote did.

This movie gets a bad rap, but I watched it again on Christmas Eve and it holds up pretty damn well. Jim Varney’s Ernest character is a sweet, mild-mannered Southerner who eschews all of the bad Southern stereotypes. Before “Git-R-Done” there was the bumbling but well-meaning Ernest P. Worrell who played dumb but never underestimated the intelligence of his audience. He’s like a blue-collar Jim Carrey, someone who is endearing even when our inner film critic is screaming that it’s not Oscar-worthy material.

Sometimes you find the Christmas spirit in the weirdest places. Ernest’s greatest feat isn’t saving Christmas. It’s saving us from our own cynicism. You know what I mean, Vern?

This is another movie that takes way more crap than it deserves. It is definitely flawed, but if you watch Bill Nighy hamming it up as the “bad granddad” of rock and roll Billy Mack and don’t crack a smile, you’re going to be visited by three ghosts next Christmas Eve.

Watching my dad pick up letters for Santa

My father passed away in 2008. He worked as a carrier for the U.S. Postal Service. This is a story that ran on the local news about my dad picking up letters to take to Santa.

My mom found this video tape and had it converted to a DVD a couple of years ago. Best Christmas present ever.