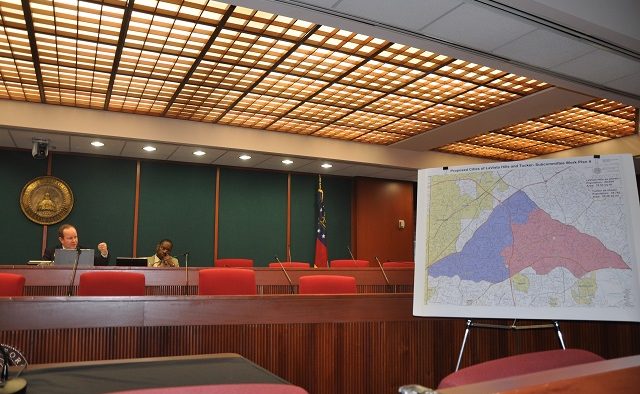 A panel charged with resolving the border disputes between the proposed cities of Tucker and LaVista Hills has approved a proposed map that will resolve their overlapping boundaries.

The cityhood subcommittee met this morning at the state Capitol. The committee voted 3-1.

Committee members Rep. Mary Margaret Oliver, D-Decatur, Rep. Mark Hamilton, R-Cumming, and Chairman Rep. Buzz Brockway, R-Lawrenceville, voted in favor of the maps. Rep. Howard Mosby, D-Atlanta, voted against it, saying the maps set a dangerous precedent. The subcommittee voted to waive a rule that requires cityhood to be a two year process so LaVista Hills and Tucker can move forward in the 2015 session of the General Assembly.

But the map does not reflect a recent annexation by the city of Brookhaven that took in Children’s Healthcare of Atlanta and Executive Park. The maps split the contested Northlake Mall area, an important source of commercial tax revenue for a potential new city.

These maps would need to have a sponsor in the General Assembly and, if the cityhood bills pass, they would also need to be approved by voters in a cityhood referendum.

Here is the map revealed at today’s hearing. 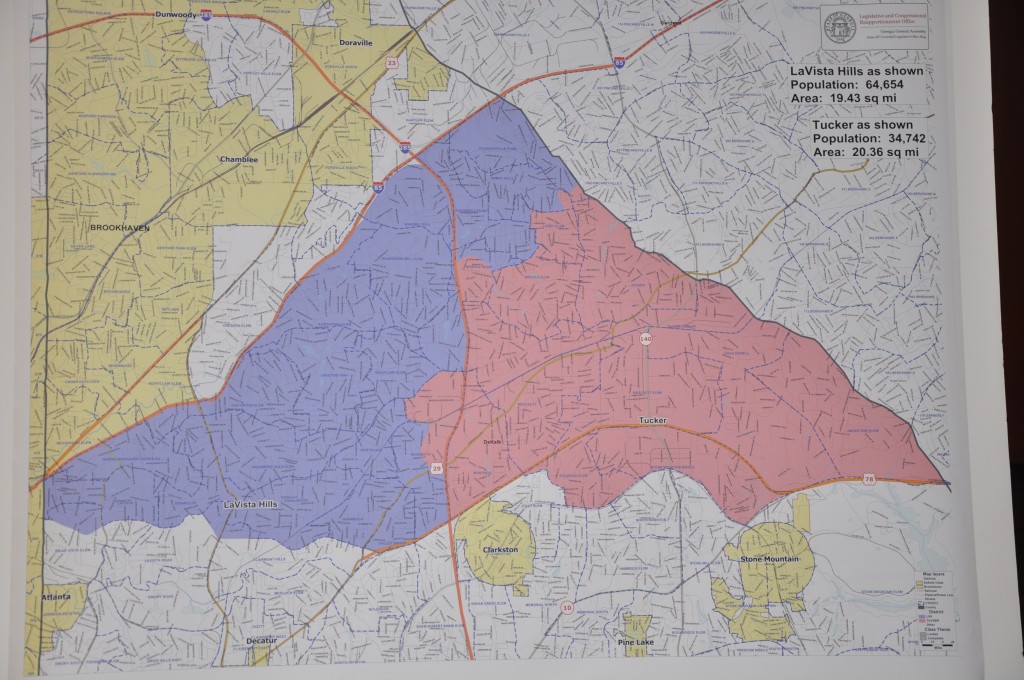 Here is the updated DeKalb County annexation and cityhood map, which accounts for the Brookhaven annexation.