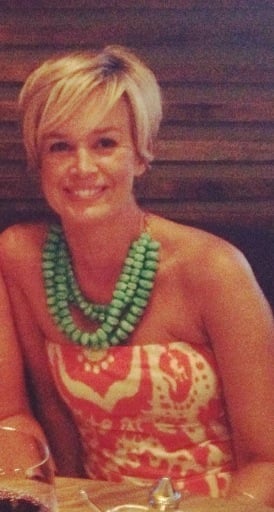 Decatur Police aren’t saying much about their investigation of a murder that occurred in Decatur over the weekend.

Police say that on the night of Dec. 6 Karen Pearce, 44, of Smyrna, Ga., left a local restaurant and was walking close to where her vehicle was parked. A witness reported hearing a gunshot in the area before Pearce’s body was discovered near a parking deck near One Decatur Town Center. Police are asking for the public’s help coming up with a suspect or motive.

That request would suggest police have few clues to follow. But there are some questions police can answer, but aren’t answering because of the ongoing investigation. The Georgia Open Records Act also gives investigating agencies generous latitude when it comes to withholding documents that might be tied to an investigation.

Decaturish has asked several questions related to this case. Some are questions posed by readers.

1) Where was Pearce wounded? There’s a lack of information surrounding the exact nature of Pearce’s fatal injury. The police hedged slightly on their preliminary report that suggested the victim died of a gunshot wound. They revised their report to say a witnesses heard a gunshot prior to the discovery of the body. Decatur Police Sgt. Jennifer Ross said Ross said, “It appeared she had been shot but we always have to wait for confirmation from the medical examiner.” The DeKalb County Medical Examiner declined to release this information, citing the ongoing investigation.

2) Were there any signs that this was part of a robbery attempt? Decatur residents want to know if it’s safe to wander around the city’s downtown at night or if the victim knew her attacker. Did the victim have all of her belongings, including her ID? Did someone go through her car and remove items? Police won’t say. “We cannot confirm whether it was a robbery or not,” Ross said. “We are not releasing those details at this time.”

3) Who were the witnesses? This information would ordinarily be contained in a police report. Decaturish requested and received a copy of the report on this case, but it contained nothing beyond what the police department has released to the media. The report says the offender is suspected of using a “firearm” but police do not know what kind of gun was used. It contains no witness accounts and provides no context for the discovery of the body. Was Pearce alive when her body was discovered? The report does not say who the victim was visiting in downtown Decatur or give the name of the restaurant where she met them. Pearce’s parents told WITN in North Carolina that their daughter was single and having dinner with friends shortly before her body was discovered.

4) Were there security cameras in the area? The victim was found near a parking deck on a busy night in downtown Decatur. Did any nearby security cameras pick up images of potential suspects? Police haven’t answered this question.

Anyone with information about this case is encouraged to contact the Decatur Police Department at 404/373-6551 or Crime Stoppers at 404/577-TIPS or online at http://www.crimestoppersatlanta.org/index.

Pearce’s parents spoke to an affiliate of Atlanta’s 11 Alive news:

Correction: An earlier version of this story provided incorrect information about where witnesses found the body of Karen Pearce. Her body was discovered near the parking deck at One Decatur Town Center.