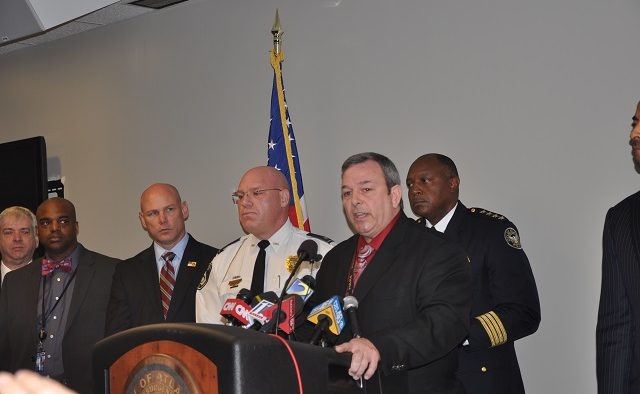 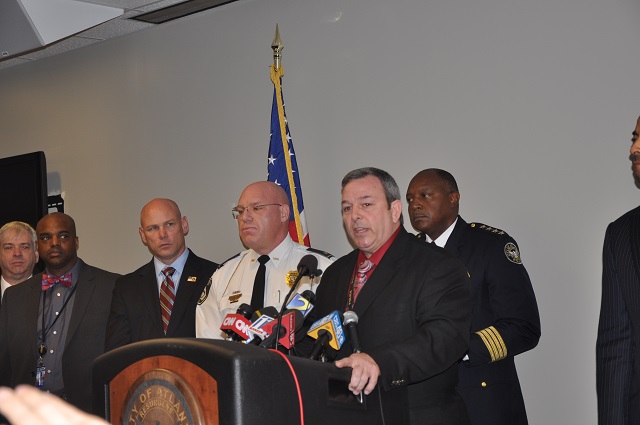 Police say Aeman Lovel Presley began opening up to them after his arrest at the Georgia State MARTA station on Dec. 11.

He had a gun, police said. His statements led investigators to allege he is a serial killer responsible for the deaths of four individuals over a four month period.

And police haven’t ruled out the possibility of other victims. But what about the differences? One of the victims, Karen Pearce who was murdered in downtown Decatur on Dec. 6, has little in common with the other alleged victims. The death of the stylist from Smyrna was linked to the murders of three homeless men, Dorian Jenkins, on Nov. 23, Tommy Mims, on Nov. 26, and Calvin Gholston, on Sept. 27.

“Motives are very difficult to establish,” Atlanta Police Homicide Commander Capt. Paul Guerrucci said during a press conference on Dec. 16. “The only thing we can say for certain is this was a very violent individual.”

As first reported by Decaturish, investigators say that Presley confessed to the murder of Pearce after investigators read him his rights. He gave investigators details that hadn’t been shared with anyone, not even family members, including where to find Pearce’s wallet.

Decatur Police Chief Mike Booker said during the conference that police hadn’t suspected Pearce’s killing was tied to that of two homeless men until Presley was arrested.

“I received a phone call from the District attorney’s Office,” Booker said. “It was determined through our investigator that MARTA had made an arrest. (Presley) advised that he had actually shot the lady in Decatur. It was at that time we started beginning to follow up.”

MARTA Police arrested Presley on Dec. 11 as he was trying to dodge a fare at the Georgia State Station. According to a police report, they discovered he had a silver Taurus .45 Colt Revolver that was fully loaded with hollow point rounds. They also found a book bag with more ammunition inside.

Police officials could not say whether the weapon used in the murder of Pearce was also used in the other homicides. The Georgia Bureau of Investigations is still conducting an analysis to determine that, Guerrucci said.

A Facebook page for a man with Presley’s name says he’s an aspiring actor who attended Stone Mountain High School. The AJC confirmed that Presley is an actor who appeared in two movies. CBS Atlanta reports that Presley had been homeless and lived at the Gateway Center for two months prior to the murders.