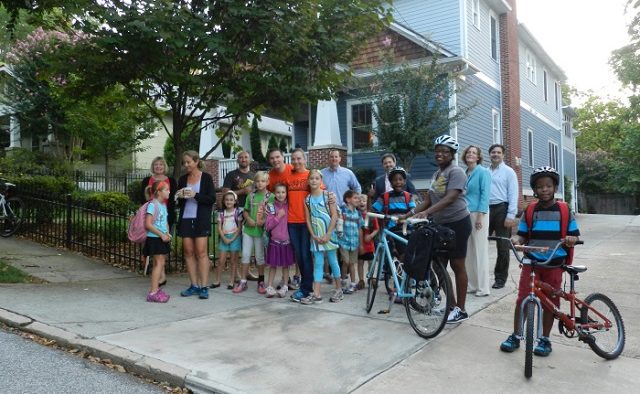 Photos from the Aug. 27 2014 Walk and Roll to school event, courtesy of Decatur Active Living.
Share 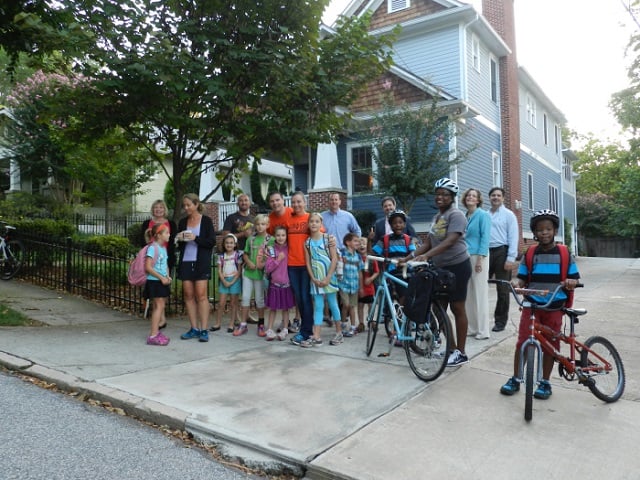 Photos from the Aug. 27 Walk and Roll to school event, courtesy of Decatur Active Living.

The Atlanta Regional Commission has awarded the city of Decatur the distinction of being a Platinum level Certified Green Community, according to a press release from ARC.

ARC bestows the honor on cities that demonstrate “leadership in implementing policies and practices that contribute to efficient and sustainable use of resources in metro Atlanta.”

“The city became the first jurisdiction in the 10-county region to achieve Platinum level as a Certified Green Community, the highest certification level,” the press release says.

ARC cited several reasons for its recognition of Decatur.

– It expanded its Safe Routes to School Program, “to include all eligible elementary and middle schools in the Decatur City Schools system along with College Heights Preschool and two private schools. An average of 55 percent of students participate in International Walk and Roll to School Day each year.”

– The city has a number of community gardens that it supports. “At Decatur’s Kitchen Garden, more than 30 refugee families grow hundreds of pounds of fresh food each season, combating hunger that their families and neighbors face. The produce is also sold at the Decatur Farmers Market and a number of Decatur restaurants,” the release says.