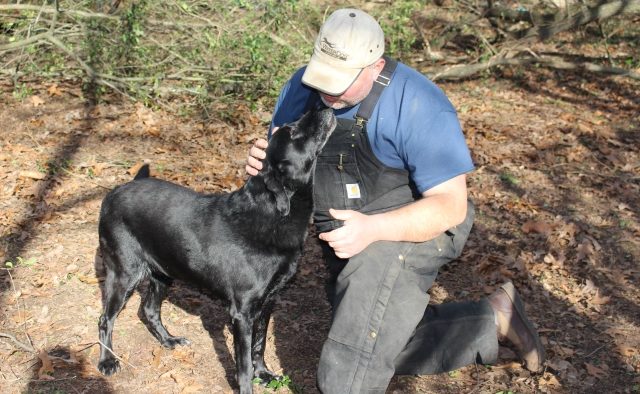 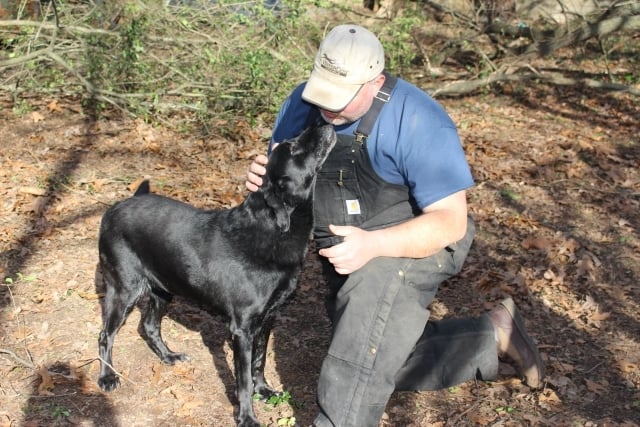 Drew Stanley takes a moment to say hello to his dog, Tootsie, while cleaning up the old Dearborn Animal Hospital yard. Photo by Dena Mellick.

A full-service dog facility is coming to Decatur. iWag is a non-profit organization that is working to open a dog adoption shelter with additional services like training, boarding, daycare, and a retail store.

iWag is moving into the old Dearborn Animal Hospital building on East College Avenue. Executive Director Kristie Wilder signed the lease in November. Now, with help from her boyfriend, Drew Stanley, and a team of volunteers, she’s working to transform the old building into an inviting space for dog lovers.

Wilder said, “My plan right now is to take our 30 most adoptable dogs and have them showcased here. They’ll run and play here. People can come spend time with them, visit. Then we’ll also have retail. We’re hoping to have a self-service dog wash if we can do it. We already do boarding, training. We’re going to try to do some daycare – I’m just trying to figure out with the space what will work logistically.”

Wilder is used to having a lot of space. Her adoption agency, Life is Labs, runs out of her Temple, Ga. home on several acres of land. She started the non-profit with her late husband, Joie. He was a veterinarian, and since both of them trained dogs, the organization developed naturally. Soon, they were training and caring for dozens of dogs at their home.

They began to dream about a destination facility – a one-stop shop for dogs, owners, and prospective owners that would have boarding, veterinary services, and a dog park.

Then Joie died suddenly in 2007. A bilateral amputee, he suffered complications from a now FDA-banned pain medication. Wilder had lost her partner and thought their dream of a full-service adoption facility was gone.

“After six or so months, I was like, wait a minute, we can still do this. It will just be different,” Wilder said.

Wilder set out to find a location in metro Atlanta, and she quickly realized Decatur is very dog-friendly.

“I said if we can get our foot into the city and be accessible to more people and have more adoptions and more business, then that will mean more volunteers, plus more networking, and people will know who we are,” said Wilder. 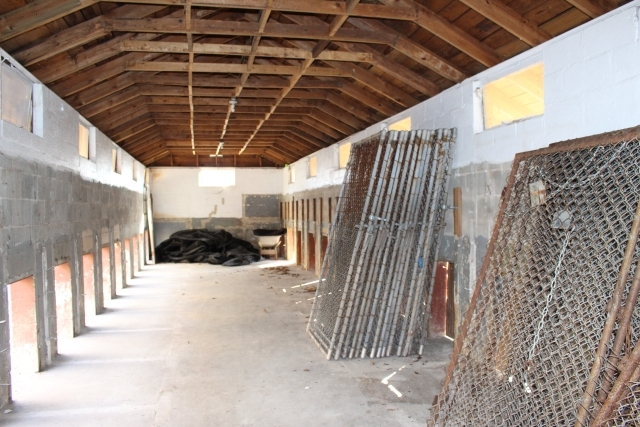 Kristie Wilder said she plans to make this room an indoor play area for both dogs up for adoption and dogs boarding at iWag. Photo by Dena Mellick.

And Wilder and Stanley are now banking on volunteers. While Wilder said the old Dearborn location is perfect for the needs of iWag, she acknowledged there is a lot of work to be done before it can open. On Monday, they were pulling down chain link fencing from the courtyard to create an open dog run with help from a few volunteers.

Wilder said they are trying to do as much work as possible on their own to save on funds that could go toward caring for dogs instead of using potentially expensive contractors that could do the job more quickly. She’s even posted a needs list online for potential donors.

Wilder said the boarding and training services her organization offers will fund the non-profit, along with the donations it receives. And she said her dog training commitment is something that sets her agency apart from other adoption organizations.

All of the dogs that are put up for adoption first go through intensive off-leash and behavioral training.

“If a dog jumps, or mouths, or barks, or can’t socialize well, we work on all that,” Wilder said.

While this can add to the cost of adopting from iWag, Wilder believes heading off those issues at the start is one of the best ways to ensure a dog will stay in its new home. The American Humane Society reports behavioral issues are one of the most common reasons people give up their dogs.

“We want to give it the best chance for success in life that we possibly can,” said Stanley, Wilder’s boyfriend and partner in the new venture.

Stanley said he didn’t grow up with pets because he was a missionary kid and moved around a lot. Now, you could say, dogs have become his life.

Wilder said she’s both overwhelmed and excited by the work that needs to be done to get iWag off the ground. But she is also focused.

If you are interested in volunteering or donating to iWag, you can reach Kristie Wilder via email at [email protected]. 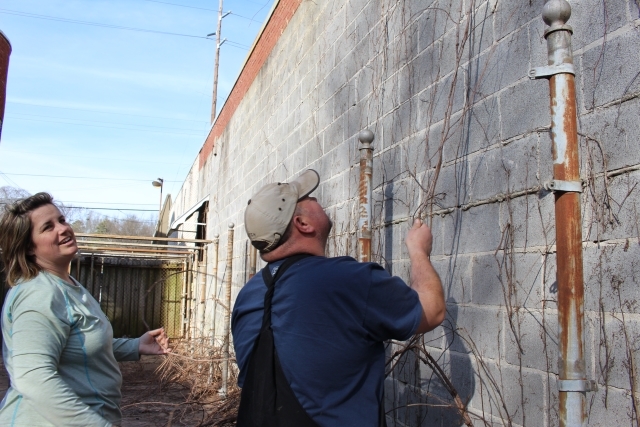 Kristie Wilder and Drew Stanley pull down vines in what will be an outdoor play area for dogs at iWag. Photo by Dena Mellick.