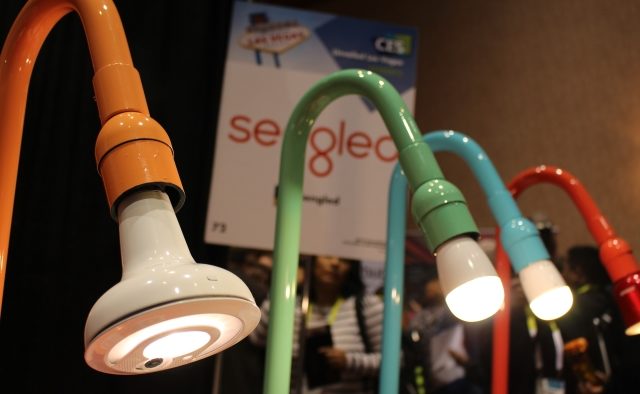 These smart bulbs from Sengled can also function as speakers, cameras, and microphones. Photo by Dena Mellick
Share 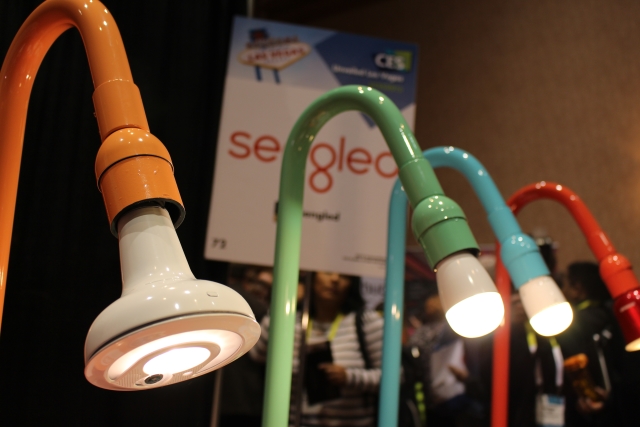 These smart bulbs from Sengled can also function as speakers, cameras, and microphones. Photo by Dena Mellick

Decaturish was at this year’s Consumer Electronics Show (CES) in Las Vegas and saw some metro Atlanta companies on the forefront of industry electronics trends. Here’s what you can expect to see in 2015 and what Atlanta technology companies are doing to push consumer technology to the next level.

The Move from Smartphones to Smart Things

AT&T held its annual Developer Summit in Las Vegas, the same week as CES. At its keynote talk on Monday, industry analysts noticed something unusual: the focus was not on smartphones as it has been in the past. There was no big rollout of the latest AT&T-connected fancy smartphone for the assembled crowd of press and industry insiders.

So if there’s less of a focus on smartphones as the future of innovation, what are companies looking to conquer next?

“The Internet of Things,” or IoT, could have been the official phrase of CES. It’s the basic idea that everything will be digitized, sensor-ized, and connected. Your smart car will connect with your automated house to tell it you are headed home. Your smart thermostat will then adjust to your temperature preferences, as your robotic chef gets dinner under way.

At the AT&T Developer Summit, newly appointed CEO of Atlanta-based AT&T Mobility, Glenn Lurie, led a discussion panel on the Internet of Things. Before Lurie introduced the panel, he said the Internet of Things is “about anything that has currents running through it, being connected. It’s about everything in your life being smarter. … Devices that are connected are smart, devices that are not connected are dumb.”

AT&T Mobility is hoping to monetize the IoT by automating your car, home, and anything else it can digitize and connect to its network. This week, the company also promoted AT&T Digital Life and the AT&T Drive Studio (both based in Atlanta) as innovative testing grounds for the company, developers, and its partners to create new products and services.

A few of AT&T Mobility’s metro Atlanta partners were also promoting the Internet of Things at the Las Vegas Developer Summit.

Numerex, a company that has been in Atlanta for 25 years and has three facilities in the metro area, was at AT&T’s expo at the Palms Casino Resort. Numerex was promoting its asset tracking devices that attach to shipping containers or other items you’d want to monitor remotely. It also provides technology for the cellular backup systems in home alarms.

Rod Montrose, Vice President of Engineering for Numerex, said, “so a lot of the things that happen all around the world, nowadays, they’re trying to connect those things back so people can monitor them and see what’s happening, and they call that the Internet of Things, and we’re one of the main people making the Internet of Things happen.”

The tagline for Jasper, another AT&T Mobility partner at the expo, is “The ON Switch for The Internet of Things.” Jasper’s engineering office is located in Atlanta, and the company provides management software for connected cars and other devices. 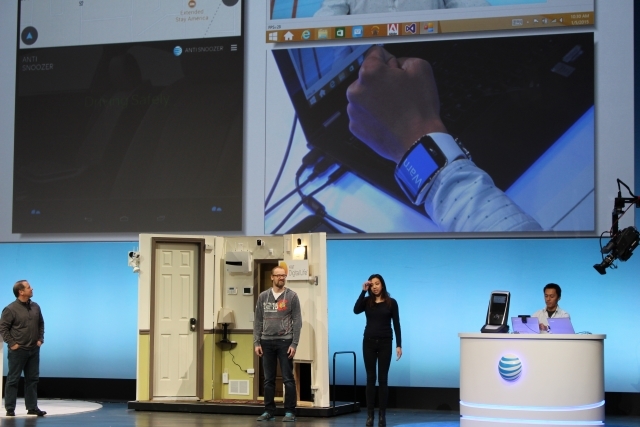 AT&T Hackathon finalists showcase their connected car and home inventions for the audience at the Developer Summit keynote. Photo by Dena Mellick

Other Atlanta Companies at CES Bringing the IoT to You

Sengled is headquartered in Shanghai, but its U.S. operations are based in Atlanta. The company is moving into smart bulb manufacturing, connecting your home to the IoT through your light bulbs. At CES, it showed off the Sengled Pulse, a light with JBL speakers that you can link together to listen to music throughout your house. Sengled’s Snap light bulb won Best of Innovation for the 2015 CES Innovation Awards in the Smart Home category. The LED bulb has an integrated IP camera, speaker, and microphone, in addition to facial recognition technology.

Another company we told you about, Wahoo Fitness, based in Buckhead, is connecting you to the IoT through its wearable fitness technology. Wearable fitness and activity trackers are a hot industry right now, expected to surpass $1.8 billion in revenue in 2015 – a 21 percent increase over last year.

Atlanta-based Aspenta is not just in the Machine-to-Machine business anymore – it rolled out a line of international location trackers that it says could be used for a student traveling abroad or an elderly relative. Aspenta says its proprietary technology allows it to offer flat-rate connectivity with no international roaming charges in more than 190 countries.

Joe Morgan, Aspenta’s Managing Partner and CTO, said, “Connectivity heretofore has been a necessary evil. You really needed it for convenience, but it was up to you to provide that connectivity. And that has ended up being the long pole in the tent so to speak, because either it has to bond with your cell phone or you had to provide separate connectivity. We are bringing connectivity as a commodity.”

And most importantly, what is technologically meaningful to us?

DuBravac said we should expect to see a lot of “mass experimentation” in 2015 as we determine how we want to be engaged. Consumers will ultimately decide if and how they want their crockpot, heart rate, or car to be connected to the Internet of Things. 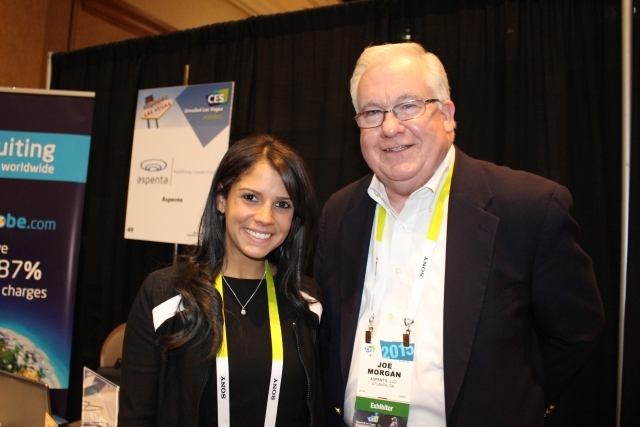