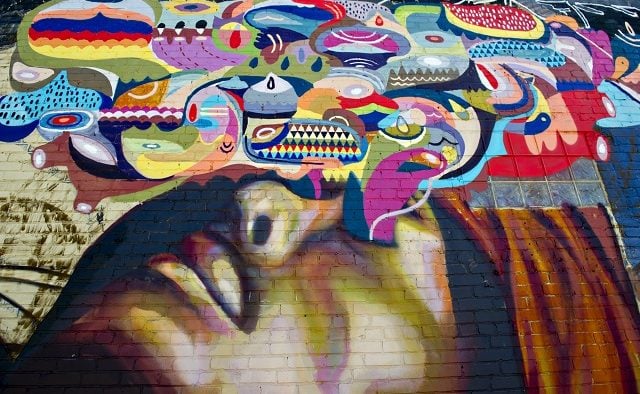 The mural at the corner of N. Candler and E. Howard on Thursday, April 17, 2014. Photo by: Jonathan Phillips
Share 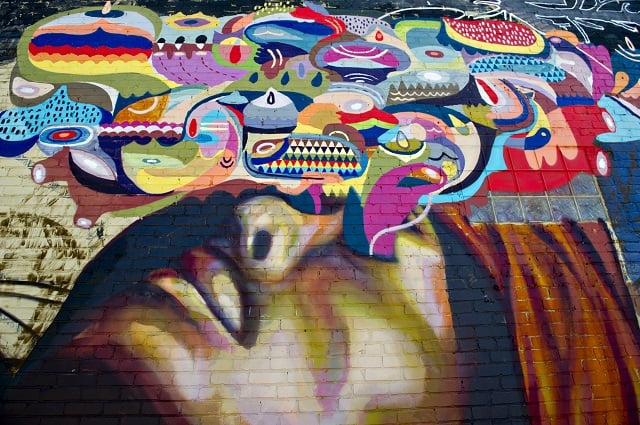 The organizers of the Living Walls conference in Atlanta have announced they will be taking a year off for “reflection and opportunity.”

Since 2010, artists commissioned by Living Walls have painted large-scale street art on walls across town, much of which has been positively received. However, residents in the Pittsburgh neighborhood of Atlanta objected to a 2012 mural containing what some felt was demonic imagery, and Chosewood Park residents objected to a different 2012 mural showing a naked woman across the street from a church. The city of Atlanta has been considering legislation that would change the application process for approving public art.

On Jan. 21, the Living Walls team posted the following message on its Facebook page …

A Year Of Reflection And Opportunity For Living Walls

Over the past 5 years, Living Walls has produced over 100 murals for the City of Atlanta. This work has been made possible by the love and support of many people and groups, including local arts organizations, restaurants and venue owners, community members, students, and so many more. We are very proud of the work we have done. In order to strengthen the impact of our work, we have chosen to make 2015 a year of reflection and strategic planning. In 2015, Living Walls will take a hiatus from programming to give our Executive Director, Board and volunteer staff the space to learn from other organizations doing similar work and focus on community engagement, impact goals, and fundraising.

Living Walls is excited to announce that over the next 10 months our Executive Director, Monica Campana, will be on sabbatical working with the City of Philadelphia Mural Arts Program. Mural Arts has been creating artwork in Philadelphia for over 30 years and serves as a model for empowering artists as change agents, building community dialogue and collaboration, and establishing excellence in public and contemporary art. She will work under acclaimed curator, Pedro Alonzo, and Mural Arts Executive Director, Jane Golden, in a new city wide project called Open Source.

We look forward to bringing our city more progressive programming and artwork in 2016.