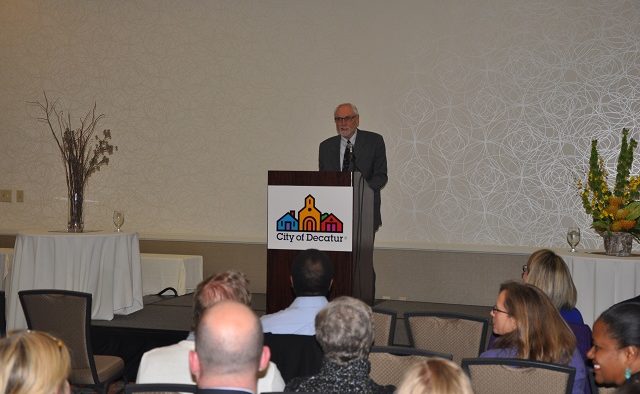 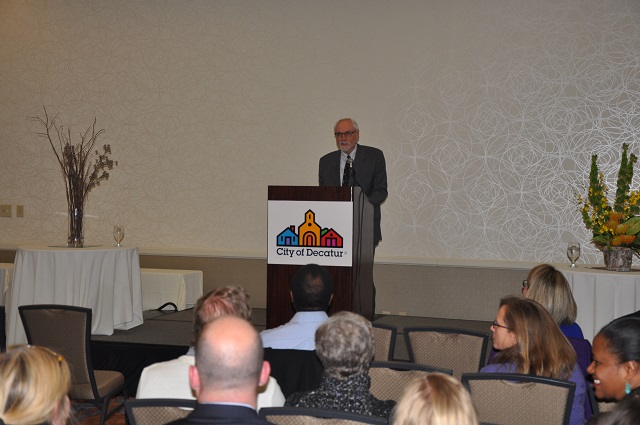 During Decatur Mayor Jim Baskett’s State of the City Speech last night, he announced that the city is pursuing legislation that would exempt the city’s seniors from paying city taxes.

“We’re asking the general assembly for additional homestead exemptions,” Baskett said. “It would effectively eliminate city taxes for city operations for any taxpayer over 65 in any owner occupied house assessed at $200,000 or less. We’re committed to ensuring our older residents can continue to live in Decatur.”

In her memo to the City Commission, City Manager Peggy Merriss wrote, “The annual tax property tax bill reduction for a $400,000 house would range from approximately $60 for a resident homeowner who does not qualify for additional age or income considerations to $340 for a resident homeowner who meets qualifications for all of the additional age or income considerations. The estimated reduction in property tax revenue for the General Fund is approximately $700,000.”

Some other highlights from the mayor’s speech:

– “After years of planning the Oakhurst streetscape is in full swing,” the mayor said, adding that phases four and five of the downtown streetscapes will begin next month.

– “The Avondale MARTA redevelopment is back on track it has been reenvisioned,” the mayor said. “It should break ground later this year.”

– “Work continues on three developments downtown will add 30,000 square feet of retail and bring the first new apartment developments to our city since 1998,” he said.

– Baskett invited commercial property owners in the city’s proposed annexation map to attend the speech and gave an update on the city’s annexation plans. The city recently approved an annexation master plan that city leaders hope will be considered and approved the General Assembly this year. “We’ve been meeting this week with many of our state representatives to get advice and counsel,” he said. “It appears that our prospects are closely linked to the success or failure of the new cities of Tucker or LaVista Hills.” He encouraged audience members to contact members of the local legislative delegation “and let them know where you stand on this important issue.”

– City Schools of Decatur Board of Education Chairman Garrett Goebel also spoke during Baskett’s speech. “We continue to make detailed enrollment studies and watch enrollments closely,” the chairman said. “Every school building in the district is in service and operating at or above capacity. The need for additional capacity at the primary grade levels must now be addressed. We intend to ask that a general obligation bond referendum be placed on the ballot in November.” Baskett said when the city begins serious discussions about the bond referendum this spring, he hopes “it doesn’t take anybody by surprise.”