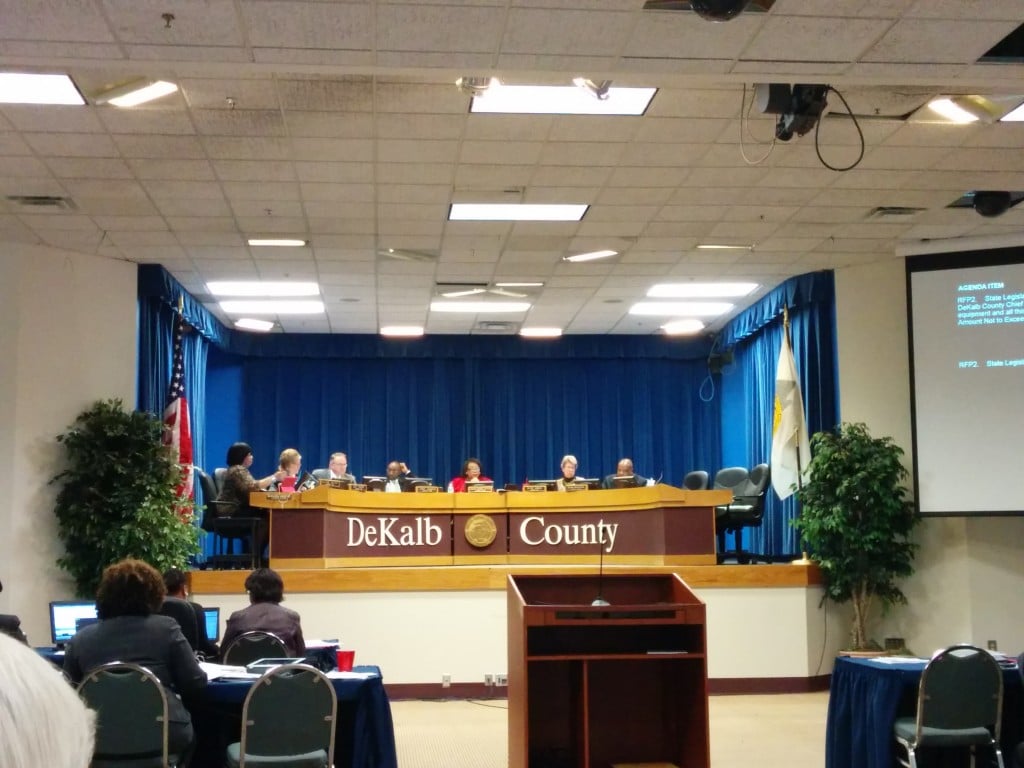 Proposals for new cities are likely to be on the agenda for the 2015 session of the state General Assembly. A special task force has made several recommendations to clean up the dysfunctional county government that’s motivating cityhood groups.

The DeKalb Government Operations Task Force was established by interim CEO Lee May and has been meeting since June.

Task Force members issued the recommendations at their final meeting on Dec. 19.

1) Establishing a charter review commission. The commission would be made up of “non-elected citizens” nominated by business and civic groups in DeKalb. This commission would review the county’s organizational act, would receive funding “to retain its own staff” and would be given 18 months to make recommendations.

2) Overhauling the ethics code. “The (task force) recommends the Code of Ethics within the Organizational Act should be amended to include a number of changes, such as the appointment of Ethics Board members by outside organizations, and elimination of the Board’s ability to remove elected officials.  However, the Board should be granted the authority to impose stiff fines and penalties and hire their own staff.”

3) Establishing an independent Department of Internal Audit. The Department, “shall conduct performance audits to measure the effectiveness, economy, and efficiency of the various departments, offices, boards, agencies, and programs of the county government on a continual basis.”

4) Adopting a new purchasing policy. The policy “would be adopted by the Board of Commissioners for all county departments, offices, and agencies of county government subject to the jurisdiction of the county governing authority, subject to a veto by the CEO.  The (task force) recommends Interim CEO’s revised policy should be used as the basis for a new policy.”

5) Levying a special property tax in unincorporated DeKalb to fund the county’s pension liability. “Furthermore, the OTF recommends an independent actuary should be employed by DeKalb County to determine the magnitude of the unfunded liability caused by the creation of the cities of Dunwoody and Brookhaven.”

6) Applying the Homestead Option Sales Tax (HOST) to all homesteaded properties in the county. “Currently, it’s only applied to homes in unincorporated DeKalb. In addition, DeKalb County should propose the adoption of a Special Purpose Local Option Sales Tax (SPLOST). The General Assembly should be asked to authorize the county to adopt another penny sales tax to allow the adoption of a SPLOST, subject to referendum.”

According to a press release from the county, the final report of these recommendations will be provided to the General Assembly before the start of the 2015 session.