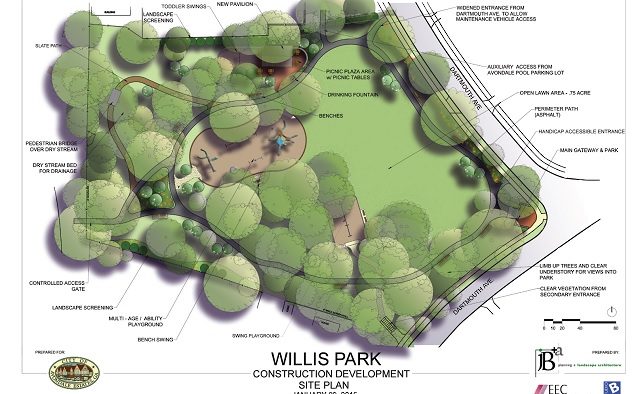 An updated rendering for proposed renovations to Willis Park in Avondale Estates.
Share 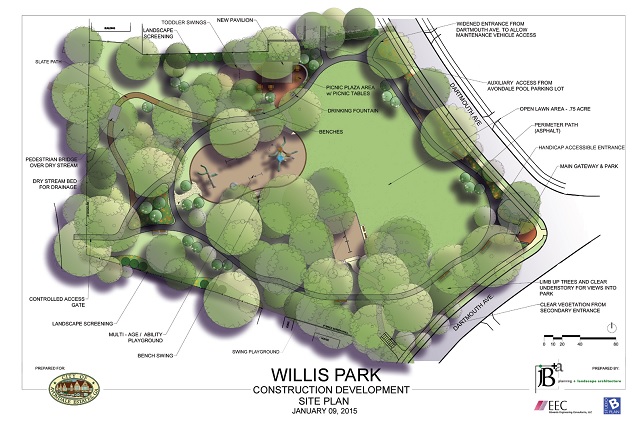 An updated rendering for proposed renovations to Willis Park in Avondale Estates.

Avondale Estates has been talking about renovating Willis Park off and on since 2011.

A city consultant discussed the latest renderings for the project during the City Commission’s Jan. 21 work session, and it quickly became clear that the city needs to keep talking. The project’s proposed $815,000 price tag and community complaints that the park is being overused by students from the nearby Museum School were among the top concerns. There’s currently no money in the city’s budget for the project, City Manager Clai Brown said.

Giager said the commission should consider it at a future meeting.

“What I would ask is that we study this individually,” Mayor Terry Giager said. “If there’s questionable things as far as price, let’s circle them and at least at our next work session let’s sit down and see what we can get done.”

Cost estimates were not provided with the agenda work packet, but some of the individual line items discussed during the meeting got a rise out of the audience.

Commissioner Lindsay Forlines said the benches cost $2,500 each, and two drinking fountains would cost the city $7,000.

The park’s proposed design has been updated since it was last discussed in August. The price has come down from an estimate of $1.1 million. The consultant, jB+a Planning and Landscape Architecture, removed grills and a boccie ball court. There will be no golf cart parking. A proposed entrance design was made less ostentatious.

Another resident, Lisa Shortell, asked what the city is going to do to make sure the park is properly maintained. She said she had concerns about a new entrance area on the corner of Dartmouth that includes a seating area outside of the park. She said that is a dangerous place for children to play because of the nearby traffic.

“I would make it, as much as possible, to get people into the park and less possible to have it as a hangout place for everybody after school,” Shortell said.

Correction: An earlier version of this story did not provide the proper context for one of the quotes in this story. This story has been updated to more accurately convey the intent of the person being quoted.