Decaturish.com has sent all five candidates running in the Avondale Estates March 17 mayoral election a list of questions about the city, the race and what they would do if elected. Candidates had until Sunday to return the questions. The Q&A’s will run every day this week in the order that they were received. 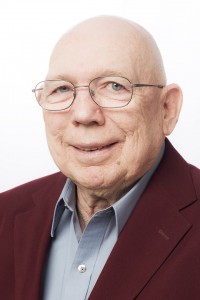 1) What do you think is Avondale Estates’ greatest strength as a city?

The citizens of Avondale Estates.

2) What do you think is its biggest weakness?

The closed businesses and vacant lots which give the impression of stagnation.

3) How do you view the relationship between the mayor and city manager in the city of Avondale Estates?

They work well together.

4) Are you satisfied with the performance of the current city manager?

5) What is your opinion of the Museum School and its relationship with the city and its residents?

I have not been involved with the Museum School to the degree which would enable me to make an intelligent response to this question.

6) Do you support the annexation plan that was recently adopted by the board of mayor and commissioners?

7) What is your position on the Euramex mixed use project that is being considered in Avondale Estates?

I support it provided the plan includes adequate green space and “walkability” provisions.  These were important issues during the work sessions leading up to the formulation of the Master Downtown Development Plan and should not be excluded from the implementation of the project.  The project should be equally beneficial to the developer and the citizens who were good faith partners in the development of the plan.

Because this election is for a term of less than one year and in light of the “full plate” in front of the BOMC, implementation of three specific policy issues is an unrealistic goal.

9) Do you have any current or former business interests with the city? (i.e. have you performed paid work on the city’s behalf now or in the past, or have you or your company bid on city work)?

10) Do you own any commercial property in the city limits?

11) What is your opinion of the city’s current historic preservation standards?

From the perspective of a fairly recent resident, the standards are adequate.

12) Commercial property owners in the city’s annexation plan have said they do not feel the city is friendly to business. Do you feel this is a fair criticism and, if so, what would you do to change it?

It is not a fair criticism because phrases such as “friendly to business” or “business friendly” do no have a definition accepted by the involved parties.  The solution is for people of good faith to agree on what “business friendly” really means, identify specific issues which support and detract from the agreed upon meaning of “business friendly”, and, through good faith negotiations, resolve them in a manner equitable to both business interests and citizen interests.

13) Please describe how your professional background would be an asset to you in this position.

In my 21 years of military service as a Commissioned Officer in the United States Navy during which I progressed from entry level management through Department Head and Executive Officer, I developed the ability not only to recognize and analyze challenges but also to formulate solutions and effectively communicate them to those responsible for implementation.

14) What sets you apart from the other candidates in this race?

As a fairly recent resident not having been involved in any past issues faced by the city, I can approach the current and future situation from a position of objectivity free of allegiance or obligation to any group or cause.

15) If elected, do you promise to behave in an ethical and transparent manner?

Decaturish will also accept letters to the editor in support of – or in opposition to – the candidates in this race. The cut-off date for candidate letters will be Feb. 23.  All letters must be signed and are typically 400 to 800 words in length. We reserve the right to edit letters for length and content. To send your letter to the editor, email it to [email protected]