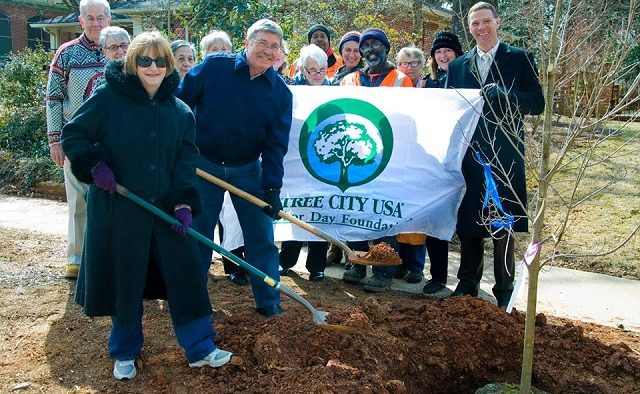 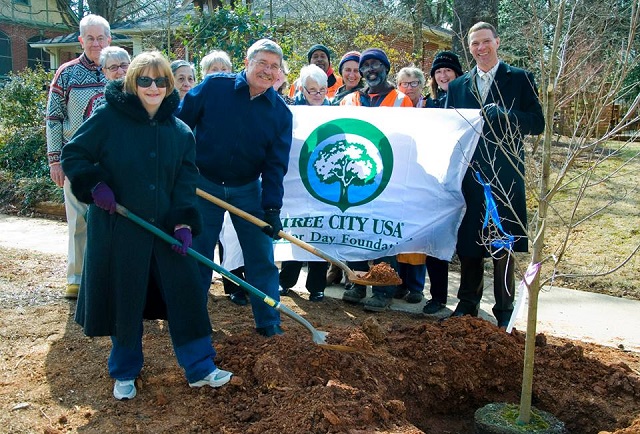 Avondale Estates recently celebrated its 31st year as a Tree City USA, a recognition bestowed by the Arbor Day Foundation.

While the city has held that distinction longer than many other Georgia cities, leaders have reopened discussions about whether residents should abide by a tree protection ordinance. The city recently established an ad hoc tree ordinance committee, headed up by Brad Jones.

Jones attended the City Commission’s Feb. 18 work session and presented the committee’s recommendations. Jones said the committee was struck by the number of cities nearby that have residential tree ordinances. Even Pine Lake, with a population of less than 1,000, has one.

“Avondale should do their own,” Jones told commissioners. “We feel like that should be the next step look at ways of creating a reasonable ordinance that affects property owners.”

The city tried to rewrite the tree ordinance several years ago but was not successful. Committee members recommended the city try it again.

“The (Avondale Estates) Ad Hoc Tree Ordinance Committee recommends a residential tree ordinance based upon the recent upswing in residential real estate activity that has seriously impacted the city’s tree canopy,” the committee wrote in its report to the commission. “This condition did not exist in 2008 when a residential tree ordinance was previously considered. The present risk of unregulated tree removal imperils our tree canopy in the same way that unchecked housing development would endanger the architectural integrity of our historic district and it calls for formalized guidelines for tree preservation and removal.”

Avondale isn’t the only city that has reassessed its tree protection laws. Last year, Decatur adopted a stronger residential ordinance in response to increased development.

Mayor Terry Giager said the staff will develop a tree ordinance for the commission’s consideration.

On Feb. 20, residents and city official planted trees in honor of Arbor Day.

“The Avondale Estates Garden Club (AEGC) again donated funds for the purchase of a memorial tree for each member or spouse who passed away during the previous year,” the city said in a press release. “This year, they remembered late, longtime members Claudia Lowery and Ernelle Fife. Ms. Fife’s daughter, also named Ernelle Fife, attended the ceremony.”