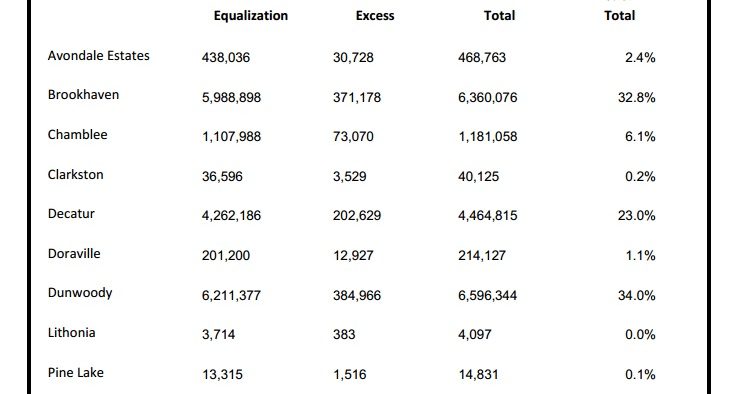 Whenever a new city forms in DeKalb County, it eats into a special sales tax that funds infrastructure improvements.

Both would have to be approved by the voters, assuming the House Bill 215 passes in the legislature this year. The bill has bipartisan support. In addition to Rep. Jacobs, state Rep. Karla Drenner, D-Avondale Estates, is also one of the co-signers.

The current sales tax rate in DeKalb County is 7 percent. If voters approve the new penny tax, it would increase to 8 percent.

To understand what the bill does, it helps to understand how the HOST tax is currently distributed.

The penny tax is divided into two categories. Under the current funding formula, 80 percent goes to tax breaks for property owners and 20 percent pays for infrastructure projects. But as new cities have formed, they have taken more and more of the 20 percent set aside for these projects.

“City residents don’t get an equal benefit to the unincorporated areas from the property tax bill from the 80 percent,” Jacobs said. “And on top of that, everybody is looking to the 20 percent for their infrastructure funding … So basically the formula allows the cities to double dip to compensate for the fact they’re not getting a portion of the 80 percent.”

That means if new cities are created, like the proposed cities of Tucker, LaVista Hills, Greenhaven and Stonecrest, it would mean less HOST tax money for unincorporated areas.

The county’s share of the HOST tax has been dwindling as a result of new cities. Check out the funding distribution in 2013: 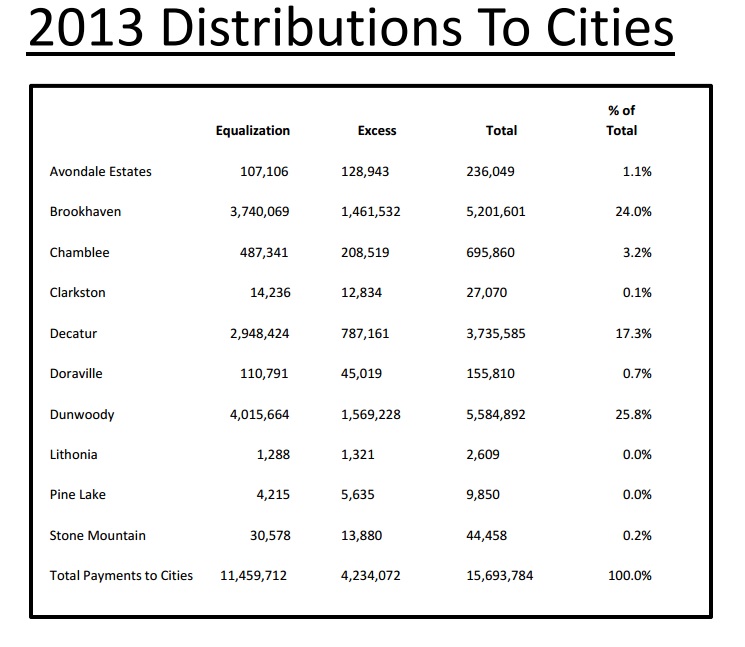 That left about $6 million for the county. Now look at the distributions for 2014 … 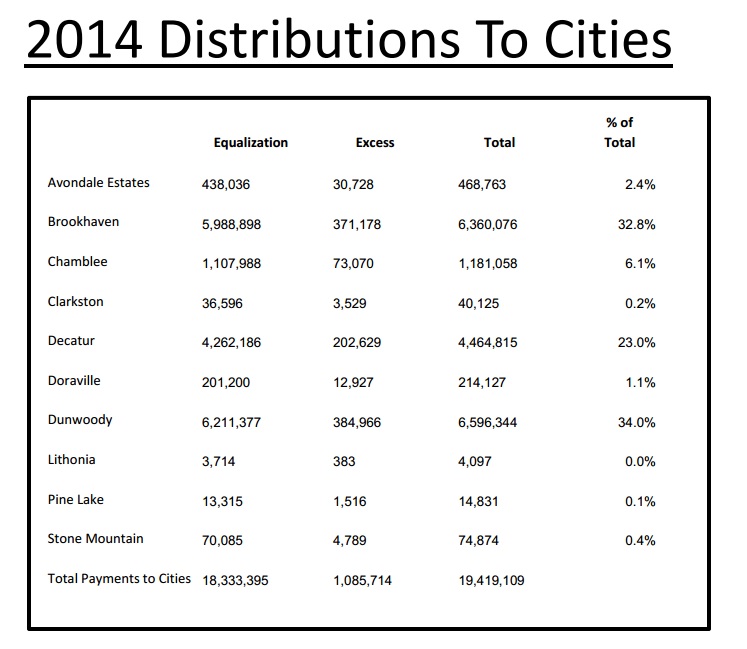 As the share for cities improved, the county’s take was reduced to about $1.5 million.

Rep. Jacobs said the extra penny would generate about $100 million annually for projects in DeKalb.

At a town hall meeting held in October 2014, Rep. Jacobs said that reforming DeKalb County based on recommendations from groups like the Task Force should take priority over new cities.

So far, there have been no bills introduced on behalf of any of DeKalb’s current cityhood efforts.