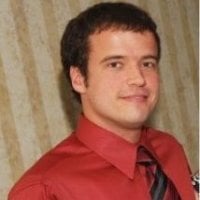 Keith Weisinger, an attorney working for the Environmental Protection Agency who lives in Oakhurst, was riding the MARTA home from work in early 2014 and posted a story on Reddit.

Reddit, a website with forums divided into topics called subreddits, has a subreddit called, AskReddit. He was reading a thread about crazy calls received by 911 dispatchers, and recounted one of his experiences working as a dispatcher in Colorado from 2004 to 2006.

“I’d like to order a pizza for delivery.” (Oh great, another prank call).

“Yeah, I know. Can I have a large with half pepperoni, half mushroom and peppers?”

“Yeah, do you know how long it will be?”

“OK, Ma’am, is everything OK over there? do you have an emergency?”

“..And you can’t talk about it because there’s someone in the room with you?” (moment of realization)

“Yes, that’s correct. Do you know how long it will be?”

“I have an officer about a mile from your location. Are there any weapons in your house?”

“Can you stay on the phone with me?”

“Nope. See you soon, thanks”

As we dispatch the call, I check the history at the address, and see there are multiple previous domestic violence calls. The officer arrives and finds a couple, female was kind of banged up, and boyfriend was drunk. Officer arrests him after she explains that the boyfriend had been beating her for a while. I thought she was pretty clever to use that trick. Definitely one of the most memorable calls.

A few months after he posted that, he was contacted by the website Buzzfeed to verify his story. Weisinger said a nonprofit called him and interviewed him following the Buzzfeed article.

“They called and said, ‘We have worked with domestic violence groups around the country. Can we ask you some basic questions about our story?'”

Weisinger answered the questions and thought nothing of it. He was surprised to learn that his story was turned into a domestic violence public service announcement that will air during the Super Bowl on Sunday.

Weisinger said when someone posted the Super Bowl ad on Reddit, another user remembered the story brought it to his attention. He says he contacted the employee of the nonprofit group that had interviewed him. The employee confirmed it was involved in the production of the Super Bowl spot.

Weisinger said he’s still very surprised that his story has seemed to have taken on a life of its own. He said the phone call heard in the commercial is a recreation of the call he described in his original Reddit post. He said the 911 tapes had been destroyed long before he told his story.

“It’s definitely very interesting,” he said. “I’m happy to be a part of something that they’re representing and trying to do.”