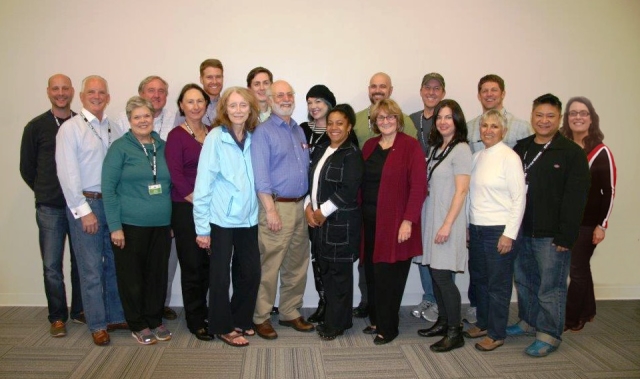 It’s your chance to get to know the men and women who serve and protect the City of Decatur.

Sergeant Jennifer Ross, the Community Information and Education Officer for the Decatur Police Department, said there was a lot of interest after the fall 2014 class. Ross said often people initially interested after the fall course forget after a year, so the department wanted to provide the option of a spring class if at least 12 people sign up.

“It’s really an opportunity to let residents see their police department from the inside out,” Sgt. Ross said. She noted that most citizens only come in contact with police if there’s a problem – you’ve been pulled over or had to call officers to report a crime.

She said the class is a chance to get to meet Decatur officers in a positive setting.

“You get to see we’re not just police officers – we’re parents, we’re cyclists, we have some of the same hobbies,” Ross said. “We’re people who are doing a job.”

Elmer Conaway and his wife, Susan, both took the fall 2014 class. He said it’s the second time he’s enrolled in the course in the 12 years he has lived in Decatur.

Conaway said about 10 years ago he got a ticket for parking his car the wrong direction on his street. He emailed the department and was surprised to get a reply back from Chief Mike Booker, inviting him to come to the police department for coffee to talk about the issue.

Conaway said that started a friendship with officers. And he feels the CPA only strengthened his relationships with the officers in his community.

“I think the most important thing is you meet the people, and you like them, and they’re not policemen anymore – they’re what I consider friends and protectors of our safety,” he said.

Luana Slaughter also took the class in the fall. She doesn’t live in Decatur, but as the president of the East Lake Security Patrol, private security offered to East Lake residents, she wanted to get to know Decatur officers and how they work.

“It gave me more of an appreciation of what they go have to go through day in and day out and the split decisions they have to make,” Slaughter said.

The CPA is a 10-week course that introduces Decatur residents and business owners to officers and covers topics like crime and drug trends, use of force, and crime prevention. Preference is given to people who live and work in the city, but people like Slaughter, who live outside of the city, can also apply. As Ross pointed out, “criminals don’t abide by the same boundaries officers do.”

The classes will be on Tuesday nights from 7pm-9:30pm, starting March 3 and ending May 5. The CPA application can be found on the Decatur Minute, the city’s blog. A maximum of 20 people can take part in the course. The deadline to apply is Feb. 23.

Participants also get to do a ride-along with officers. Conaway said his ride-along left an impression on him.

“It’s really an eye opener to go out with them and kind of a reality check on what you think it’s like versus what it is like and to firsthand see some of the situations they’re placed in,” Conaway said.

With police shootings like the one in Ferguson, MO dominating the news in the past year, establishing positive relationships between police and community members is more important than ever. Decatur itself addressed concerns about racial profiling by the police department last year. That led the department to begin tracking race at police stops.

Sergeant Ross said she believes that some of the national tensions led to more interest in the CPA.

“That is something that I have heard from people who attended this past academy. They were interested in doing it because [they said] ‘I only see what I see on news or television, and I just don’t feel that’s 100 percent of the view,’” Ross said.

She noted that this is Decatur’s 23rd CPA, and it’s something the department has felt strongly about for years. Other cities, including Atlanta, offer similar programs. Avondale Estates just announced its fifth session of the Citizen’s Police Academy this spring, also on Tuesday nights.

Ross said it’s not just the class participants who are learning. Often, Decatur police find out information about crimes or other problems that they weren’t aware of previously. Ross said citizens who take the class also feel more comfortable calling officers because relationships have been established.

Conaway said he learned that the community works with the police department to combat crime, and so those relationships are key.

”And this class is the opportunity to get a first-hand look at what they do and how they do it, and they answer any questions you have. They won’t back away from anything,” he said.