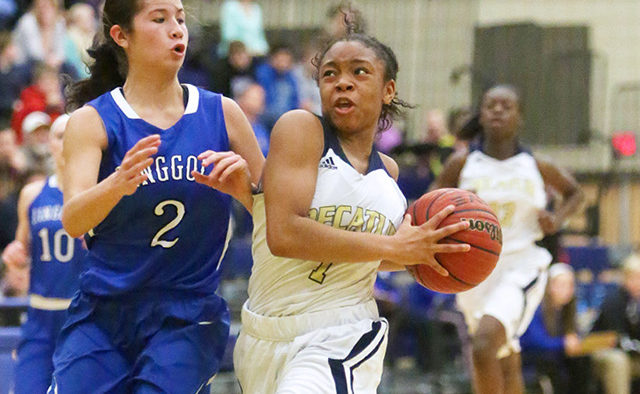 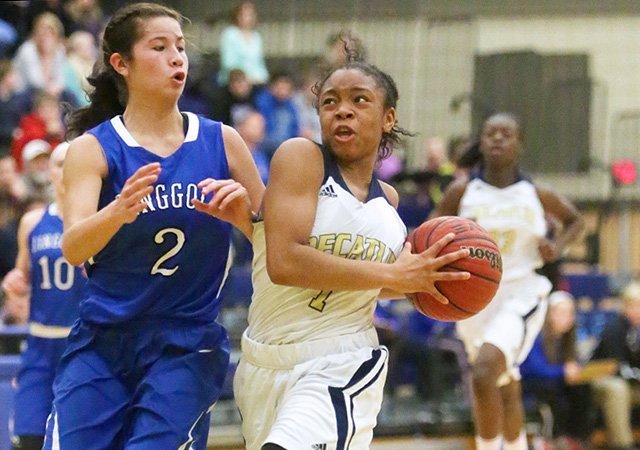 This Decatur team was a distant cousin to those out-of-synch Bulldogs who won ugly over Josey several days earlier. Junior point guard Jayla Morrow played at times brilliantly in scoring 24 points and handing out four assists. She had plenty help, however, with powerhouse post Janay Williams adding 17 points (on 8 for 14 shooting) and 10 rebounds while relentless forward Kayla Thomas had 16 points and a game-high 14 rebounds.

“I don’t know if this was our best game all year or not,” Decatur Coach Sarah Coleman said. “But I can tell you Jayla showed as much maturity as she’s shown all year. I know that final score looks one sided, but without Jayla in there we’re in trouble.”

Consider, Morrow picked up her fourth foul with 1:44 left in the third quarter and Decatur leading 46-37. Ringgold, in a last gasp, whittled it down to 52-45 with 5:10 left in the game. This was during a four-minute stretch where Decatur, minus Morrow, committed five of its 15 turnovers. Coleman had no choice but to bring her point guard back. .

“I wanted to hold her out longer,” the first-year coach said, “but it got too close, too scary.”

The Bulldogs overcame an impressive performance from Ringgold junior Bethany Headrick who, equally adept at scoring inside and out, finished with 22 points. She eventually wilted, failing to score in the game’s last 10 minutes.

“Decatur is very athletic,” said Ringgold Coach Margaret Stockburger, in her third year at Ringgold, but 33rd year overall as a high school coach. “We did a really good job of handling their pressure. But they presented a physical challenge we couldn’t match up with.”

Ringgold, which returns most of its team, finishes at 23-6, after going 8-20 last year and 0-26 two seasons ago in in Stockburger’s first year.

Decatur, third in the AJC’s AAA state rankings, is now 28-2 and wading in historic waters. The Bulldogs advance to the Elite Eight, which they did last in 2013 and before that in 2002. The Bulldogs play seventh-ranked Kendrick (27-2) Tuesday at The Arena, game time TBA. A victory Tuesday puts Decatur in the Final Four for the first time since 1972.

“It’s really exciting getting this far,” Morrow said. “And I know for us to keep advancing it’s not about me or any individual effort. It’s about team effort and doing all the little things right. As Coach says, the small details make a big difference.”