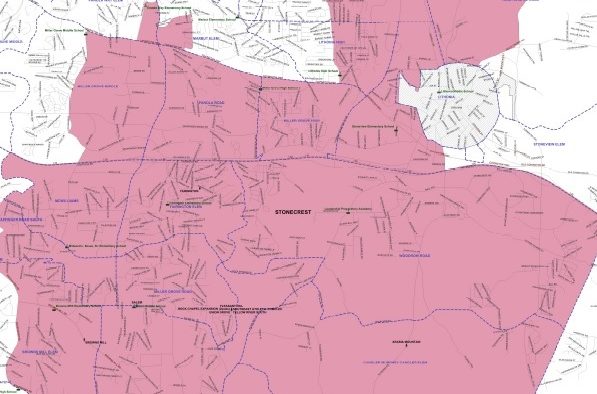 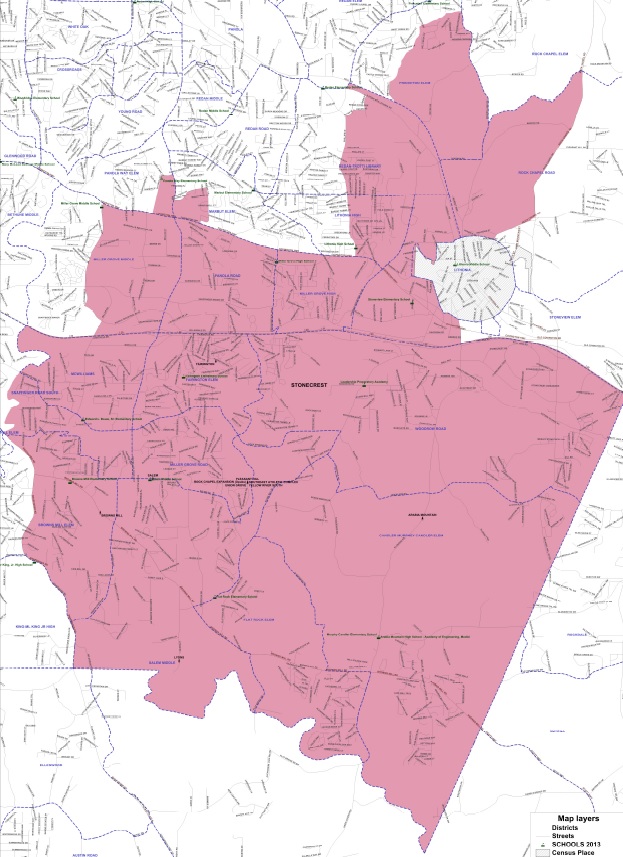 A map showing the boundaries of a proposed city of Stonecrest. Source: Stonecrest City Alliance

On Common Ground News reports that supporters of creating a city of Stonecrest have gotten the thumbs up on fiscal feasibility.

Stonecrest is one of several proposed cities in unincorporated DeKalb County. It is surrounded by a proposed city of Greenhaven. The citizens group had previously tried – and failed – to form a city of 82,000 people. As a result it did not pass a prior fiscal feasibility study, meaning it didn’t have enough tax revenue to support providing services.

Jason Lary, a member of the Stonecrest cityhood movement, told Decaturish, “The study failed based on delivery of services compared to the number of people that were available for paying the tax revenue: 82,000 was too large. We shrunk it to 50,000 and we’ve also decided to let DeKalb County continue to do the police work.”

The other services the city would provide would be:

Lary said the city intends to outsource most of its services, just like the newer Georgia cities of Sandy Springs and Dunwoody.

“That is the model. As a matter of fact contractual services is the best way to handle your revenue properly,” he said.

On Common Ground reports the city would generate $9.8 million in revenue and have $7.5 million in expenses.