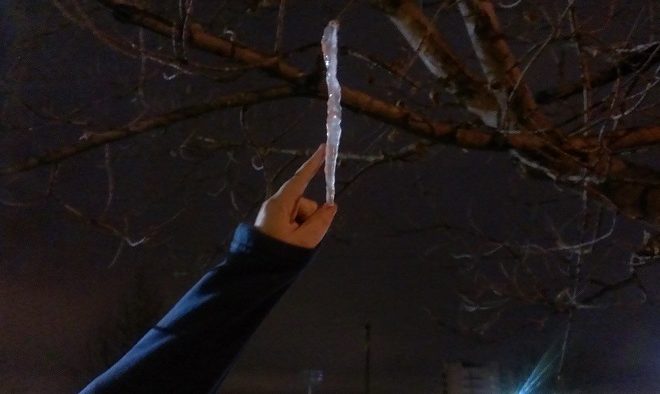 An icicle hanging from a tree at Decatur High School. File photo by Dan Whisenhunt
Share 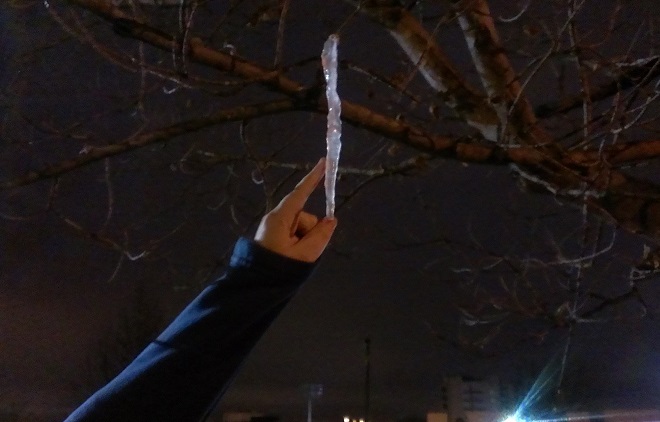 An icicle hanging from a tree at Decatur High School. File photo by Dan Whisenhunt

The National Weather Service has announced a winter weather advisory for Decatur and its surrounding communities for Feb. 16, but there will be one less logistical headache to worry about.

Area schools were scheduled to be closed Monday due to President’s Day. Decatur students actually are on winter break this week, according to the system’s calendar, and Atlanta will have its last day of winter break on Feb. 17.

School traffic, if you’ll recall, caused the 2014 debacle known as Snowpocalypse, Snow Jam or Snowmageddon, depending on your news source.

On Monday evening, expect, “Rain before 4am, then a chance of rain or freezing rain. Low around 29. South wind 5 to 10 mph becoming northwest 10 to 15 mph after midnight. Chance of precipitation is 100%. Little or no ice accumulation expected.”

The City of Atlanta has announced that its offices will be closed on Feb. 16 due to the weather.

More from the city of Atlanta’s press release …

Department of Public Works crews have been working 12-hour rotational shifts pre-treating priority bridges and priority routes and will continue until weather conditions have subsided. The Department of Public Works has seven (7) brine trucks and forty (40) sand trucks available for use with approximately 3,000 tons of salt mixture for the city’s 200 centerline miles of priority route roadways including 40 bridges, 6 hospitals, and 16 Police Precincts.

The City of Atlanta Office of Constituent Services and Department of Parks and Recreation will continue to operate an emergency overflow shelter at the Old Adamsville Recreation Center. Capacity limitations at Old Adamsville allows for 100 individuals (men, women and children), to occupy the facility from 6 p.m. – 10 a.m. The shelter will open at 6 p.m. tonight. The address at Old Adamsville Emergency Shelter is 3404 Delmar Lane, Atlanta, GA 30331. For more information, please contact the Office of Constituent Services 404-330-6023.

To report icy road conditions inside the City of Atlanta, please call 311. To report downed trees or limbs, please call the Department of Parks at 404-546-6813 between the hours of 7:30 a.m. – 4:30 p.m. After hours emergencies should be reported to 911. Residents should also stay tuned to City of Atlanta Government Access Channel 26 for updates on weather conditions, or the City’s Twitter account at www.twitter.com/CityofAtlanta.

Drew Charter School has sent a letter to parents notifying them that classes will be dismissed at noon due to the weather.

Avondale Estates will be open for normal business hours, 8 am to 5 pm.