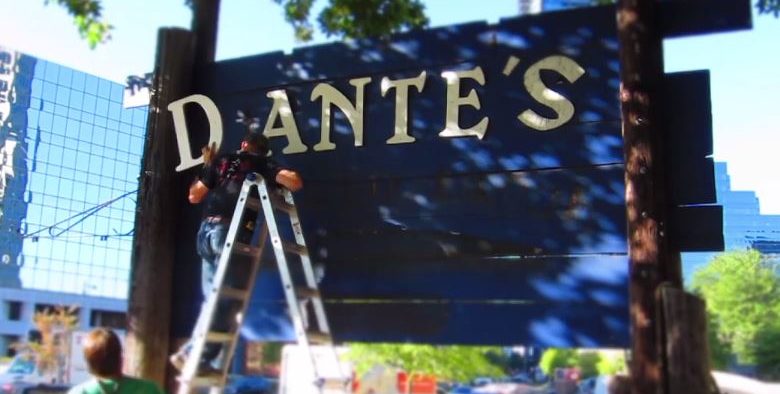 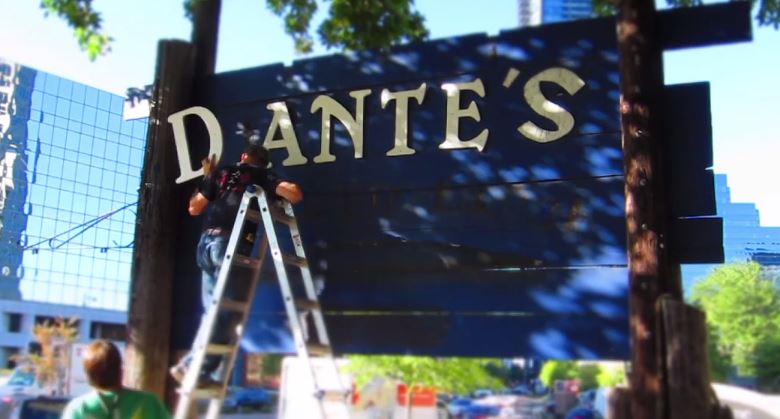 It’s been about a year and a half since Dante’s Down the Hatch closed to make way for a 10-story luxury apartment tower. For decades, the eclectic fondue-and-jazz restaurant was the spot for prom-dates, marriage proposals, Valentine’s Day, and New Year’s Eve for some Atlantans. Even if you weren’t a fan of fondue, the funny little house nestled amid shiny corporate towers was both a landmark and a throwback to a time when Buckhead was a very different place.

Dante’s Down the Hatch opened at the two-acre spot near Lenox Mall in 1981, where it moved after the first location in Underground Atlanta closed. When a renovated Underground was opened in 1989, the club returned to its original spot (disclosure: this writer worked at the Dante’s Underground Atlanta location from 1996 to 1999), but the Buckhead location remained, featuring fondue, an imitation pirate ship, alligators, live jazz, a trove of memorabilia, and, of course, the wit and wisdom of owner Dante Stephensen.

Now, a new movie captures the whimsical charm that made the restaurant (and its owner) an Atlanta institution. “Dante’s Down the Hatch” will premiere on Sunday, March 29th during the 39th annual Atlanta Film Festival.

Directed and produced by Jef Bredemeier, himself a former waiter at the club, the movie was filmed in the weeks before and just after the restaurant’s closure in July of 2013. It chronicles the final days of Dante’s Down the Hatch, along with the range of emotions experienced by key employees, long-time customers, and the owner himself.

“I think the movie is great,” Stephensen told Decaturish. “Jef is very talented, and I am very supportive of him as a filmmaker. 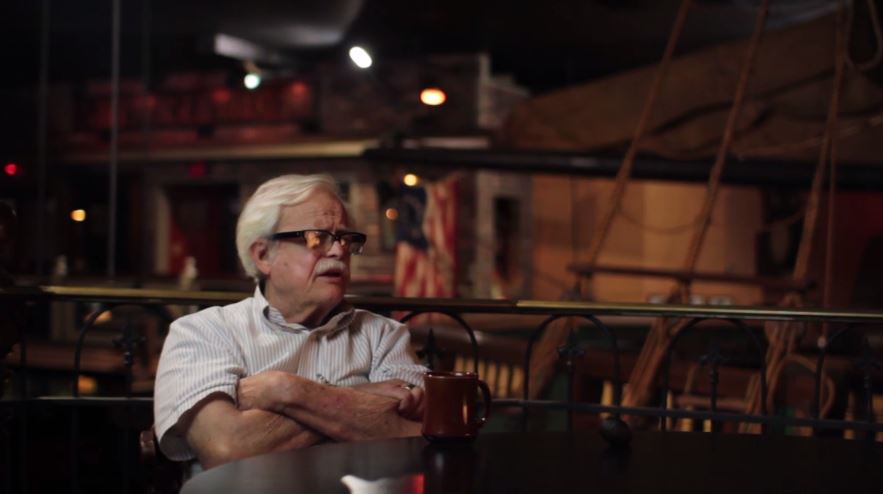 Dante Stephensen. Courtesy Jeff Bredemeier/”Dante’s Down the Hatch: The Documentary”

“From the get-go, he trusted me,” Bredemeier said. “I just started filming – capturing images, b-roll – elements I could just show him on a tablet and say ‘this is the feeling I’m going for.’ And when he saw it, he just went ‘oh. By all means, have at it.’”

Bredemeier said he knew he wanted to make the film as soon as he learned that the Hatch, as it is known to those who worked there, would be closing. During the final weeks of the club’s life, Bredemeier pulled double-duty, fulfilling his table-waiting duties while also getting footage for the movie.

“I would come in early to see what was going on, to take photographs, to do experiments and see how things would look, because I knew I only had one chance to get this right,” he told Decaturish.

“If there was a special guest who came in, or a respected musician, I would catch up with all my tables, and my buddy would cover me so I could grab my camera. I’d run down there and film a song or an exchange, because I wanted as much as I could. When I was done, I’d have a beer at the bar and then I’d go set up the tripod in the office with him. Because he’s a night owl, he’ll stay up until 4 or 5 in the morning. It was pretty taxing,” he said.

Bredemeier’s hard work paid off. The film captures not only elements that are familiar to Hatch customers, but also to the hundreds of “trons” (a Dante’s term for staff members) who have passed through the restaurant. Bredemeier says this was deliberate.

“Everything I chose in the film was based on two categories,” he said. “One, the things I had to talk about for the general public, people who know about the restaurant. And two, I had a responsibility to the trons, to keep things in. “

The film captures scenes that are familiar to many former employees – cleaning the fondue pots, filling the burners, even relaxing with a drink at the end of a long shift.

Bredemeier also spoke with many of the talented musicians who entertained the customers, including John and Rosemary Williams. But some of the most poignant scenes involve Dante himself as he oversaw the dismantling of his creation.

“I talked to Dante about the demolition for months,” Bredemeier said. “I would ask him, ‘how are you feeling?’ And he said ‘I don’t know how I feel. I will probably know when the wrecking ball comes down.’ But that wasn’t good enough. I told him ‘you’re going to feel something different when that building comes down than you feel right now. I need you to think and feel and focus on that right now. And as we go, I’ll ask you 47 times, but it’s to get you in the present moment and not put it off.’ I was always asking him how he felt and if he was coming to the demolition. Not trying to pressure him, but I think it was important to talk about the possibility that, if he didn’t come, he would regret it.”

“Jef was so unobtrusive as a chronicler that I rarely remembered I was on camera,” Dante said. “While I firmly believe that my success was due to the wonderful people I hired … I couldn’t ask for a better way for my creation to be preserved.”

“Dante’s Down the Hatch” will premiere at the Atlanta Film Festival on March 29th at 4:30 p.m. at the Plaza Theater at 1049 Ponce de Leon Avenue. Director/producer Jef Bredemeier will introduce the film, and both he and Dante Stephensen will be on hand for a Q&A afterwards. Due to popular demand, a second showing has been added and organizers are considering the possibility of a weeklong run at the theater. For more information, go to http://atlantafilmfestival.com/.