Suspect accused of theft from an auto was on parole

Suspect accused of theft from an auto was on parole

Decatur Police used a cell phone tracking feature to find a man who is accused stealing items from an auto in the area of Fayetteville Road and Underwood Street.

The suspect was already on parole for a previous burglary offense at the time of his arrest, according to state records.

Police Sgt. Jennifer Ross said on Friday morning at 8:55 am, officers got a call about someone entering an auto. The victim told police she parked her car at midnight and returned at 8 am to find it had been entered. A backpack containing her wallet, laptop, tablet device and three cell phones were missing. One of the cell phones had a tracking feature. Officers activated it and it led them to a residence at the 1100 block of Oakview Road. They recovered the cell phone and executed a search warrant. Officer said they found all of the other stolen items inside the residence, save for the victim’s wallet.

The suspect, Steven Lamar Collins, 51, allegedly confessed to investigators, telling them he saw the bag inside of the vehicle and discovered the door wasn’t locked.

According to the State Board of Pardons and Paroles, Collins has been on parole since 2013 for a burglary offense. His parole was scheduled to end in July.

Here is Collins photo from the State Board of Pardons and Paroles website. 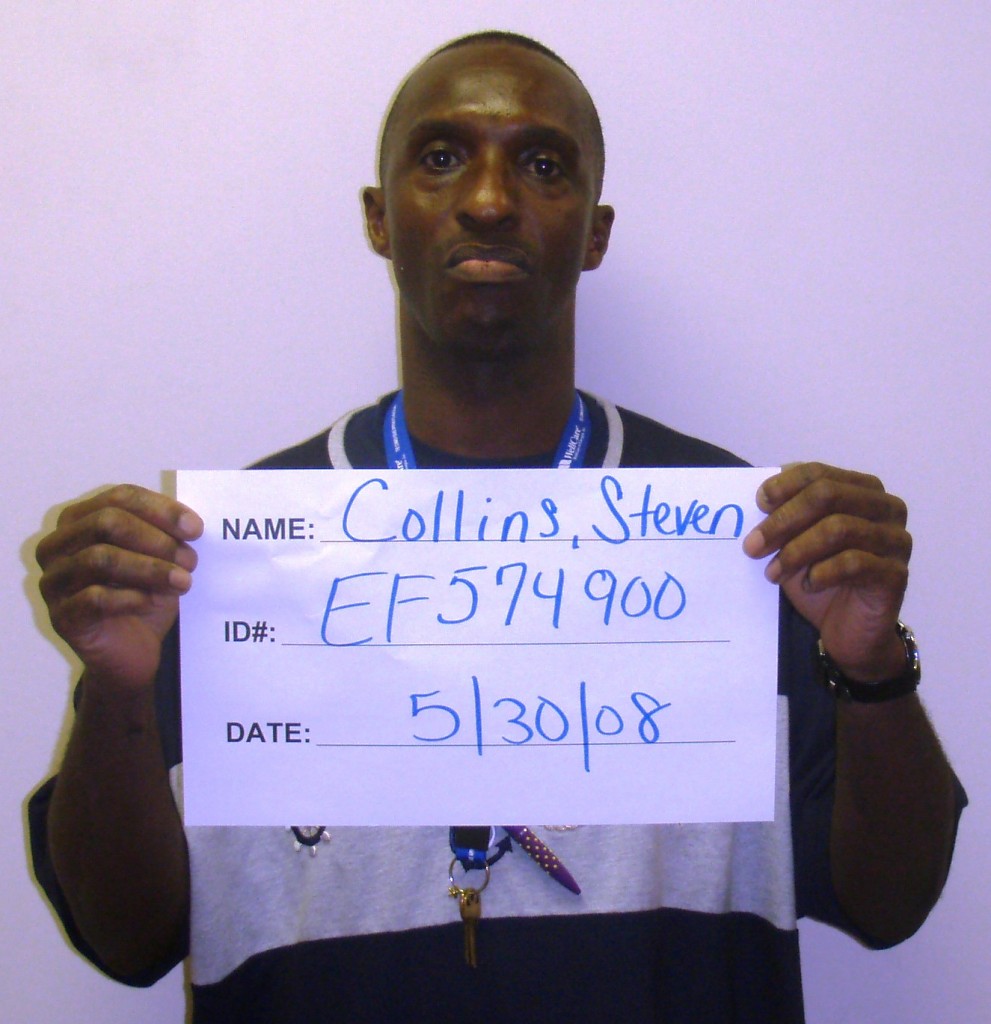