Police look for suspects in homicide at ‘Murder Kroger’

Police look for suspects in homicide at ‘Murder Kroger’ 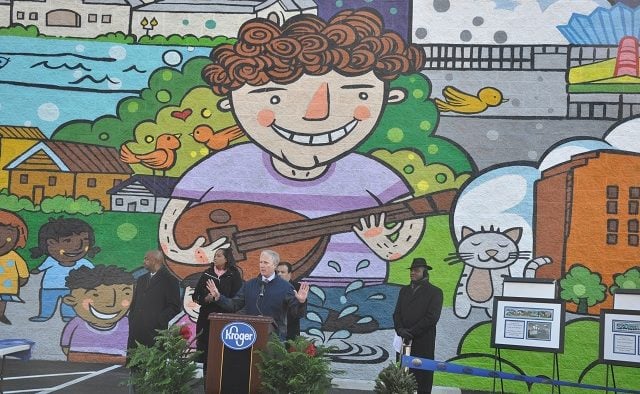 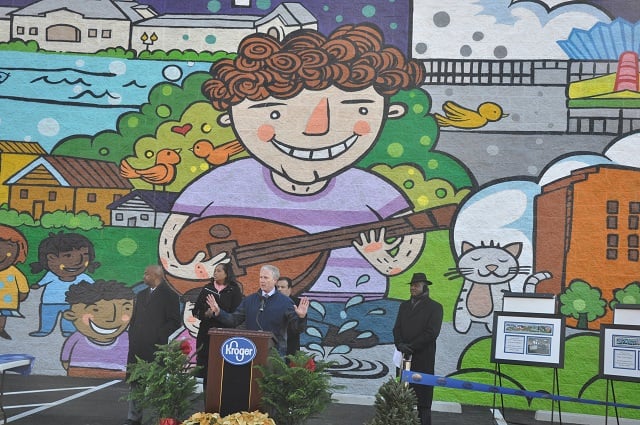 Atlanta Police are asking for the public’s help identifying two men accused of killing someone in the parking lot of the Kroger at 725 Ponce de Leon Avenue on March 10.

The store for years has been called “Murder Kroger,” so-named because of a murder that occurred in the parking lot in the 1990’s and a dead body that was discovered there in 2002. The store’s ownership recently tried to rechristen it as “Beltline Kroger.”

WSB-TV reports that the victim, a construction worker from Alabama with four children, was working on a site behind the Kroger when he saw that someone had broken into a company truck. To read the full story, click here.

According to Atlanta Police, on March 10 at 2 pm, the victim was shot “after he attempted to confront someone who was breaking into his vehicle. The suspects left the scene in a black BMW with tinted windows and possibly a drive out tag.”

Police have released this video.

“The video linked below depicts a vehicle and two individuals we are trying to identify regarding today’s homicide in the Kroger Parking lot on North Ave,” the announcement from the Police Department says. “As the video begins, you will notice a black vehicle – described as a BMW – back into a parking space and two individuals exit.  The video then shows the vehicle as it leaves the Kroger parking lot on the North Avenue side.”

Anybody with information about the case is encouraged to call Crime Stoppers at 404-577-TIPS (8477), or online www.crimestoppersatlanta.org or by texting CSA and the tip to CRIMES (274637). Tips can be submitted anonymously, and tipsters are eligible for a $2,000 reward for information that leads to an arrest and an indictment.