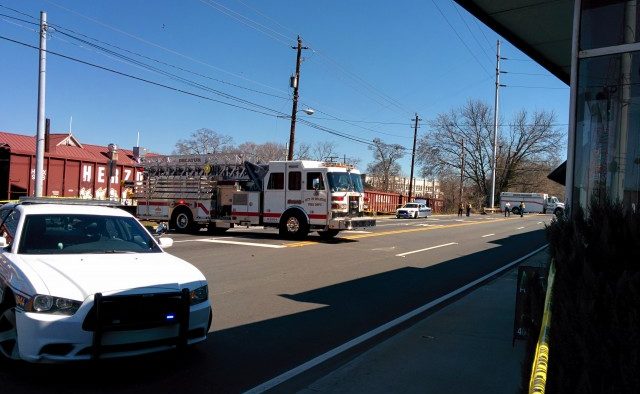 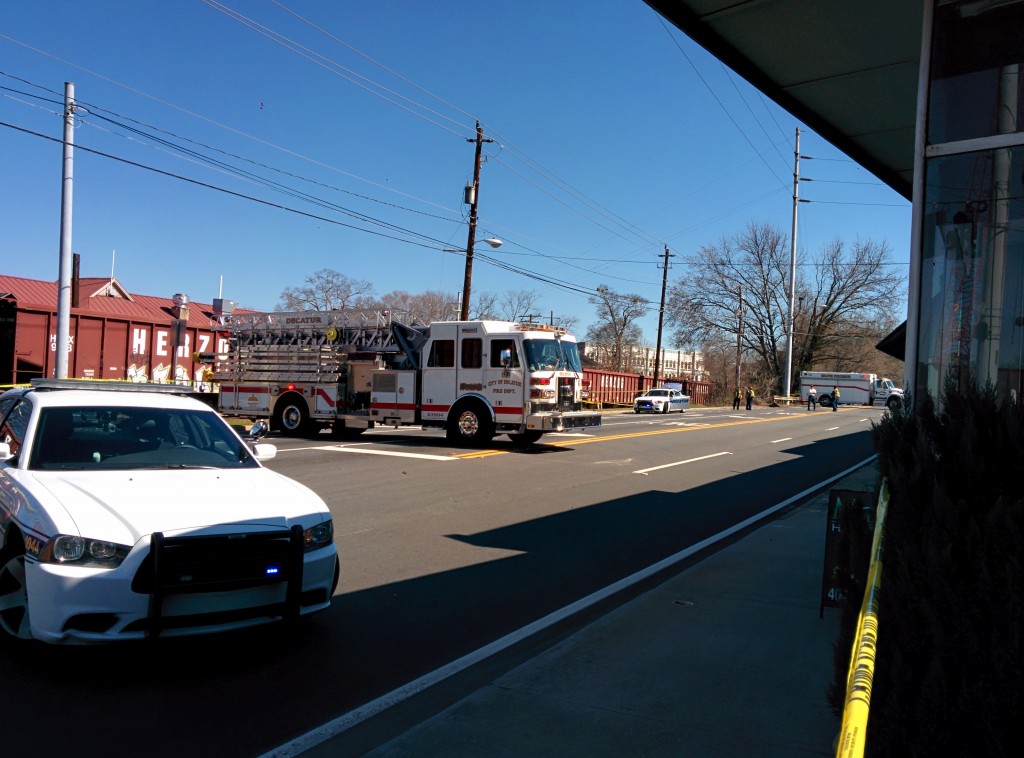 Multiple police vehicles are at the scene of a train accident in Decatur near the track’s intersection with South Candler Street. A train struck and killed a skateboarder, police said.

East College Avenue is blocked off near the scene and traffic is being detoured. The train is stopped and the detour could last several hours, police said.

“Witnesses reported the railroad crossing arms were down at the time. The accident is currently under investigation,” Ross said.

Ross said he died at the scene.

Dept. Police Chief Keith Lee told Decaturish there is a skateboard on the scene, but police don’t know if the man was riding it at the time of the accident, which he said occurred around 10:30 am on Saturday, March 7. Lee said the department has notified CSX Police, which is standard in cases like this.

The train was moving east bound and the victim was headed north, Lee said. Police said the train conductor was “operating properly.”

A witness said that they heard the train braking right before it stopped and later saw the victim’s body covered up near the tracks.

Pietro DiGennaro, another witness, was working at the Piece of Cake bakery when he looked out the window and saw a man on the tracks. He said he often sees people crossing the tracks, but this time the victim lingered there as the train headed toward him.

“The train was blowing its whistle and he wasn’t moving,” DiGennaro said.

The investigation continues. We will provide more information when it becomes available.