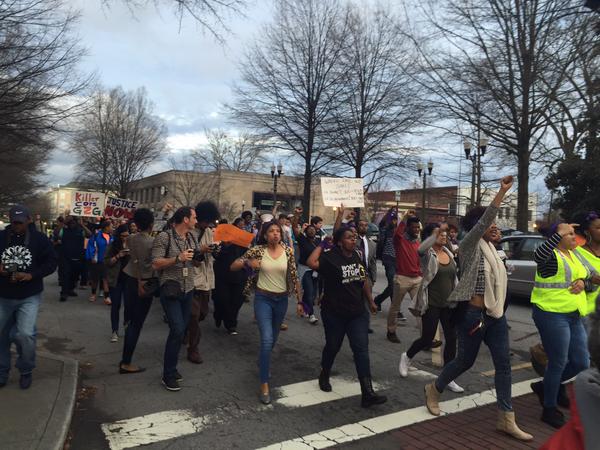 Marchers were protesting the death of 27-year-old Anthony Hill. The unarmed and naked man was shot by a DeKalb County police officer outside of his Chamblee apartment complex Monday.

An organization called Rise Up organized protests in Decatur Square to honor Hill, an Air Force veteran, and others killed in police interactions. Its Facebook event page said, “Anthony was naked and unarmed at the time of the shooting, yet Officer Olsen found him to be enough of a threat to take his life. This is the second time that Dekalb County Police have unjustly taken a life in just the last 3 months. We must Rise Up against this violence in our communities.”

Protesters blocked Decatur streets for about an hour, according to the Atlanta Journal Constitution. You can read more of the AJC’s coverage of the protest here. 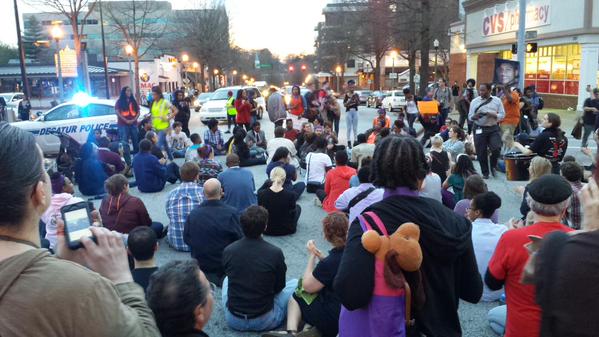 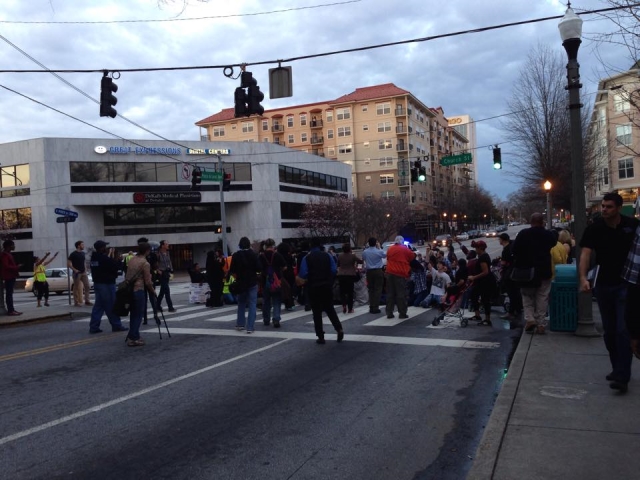