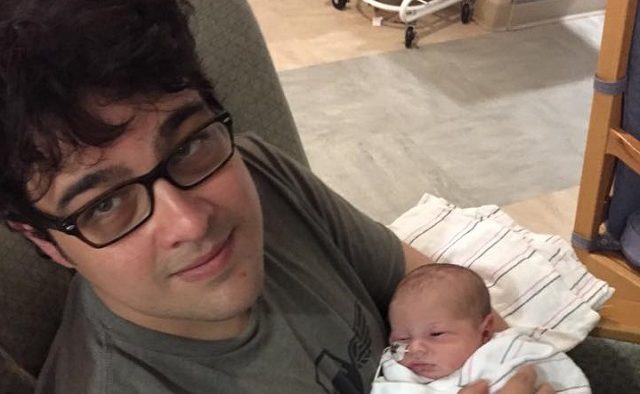 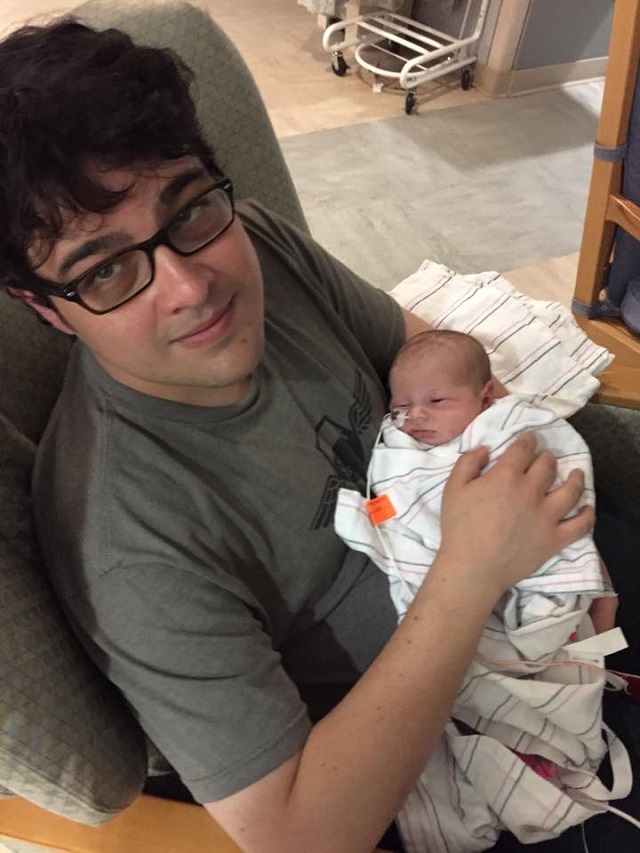 Mitch Hedberg once quipped that he never waved at a stranger, because what if they didn’t have hands? Then he’d just look cocky.

I feel a little cocky showing off a picture of my newborn son, because I know how easily I could’ve lost him. Jean-Pierre “J.P.” came into this world more than a week ago in a fit of chaos. My wife’s emergency surgery left only fleeting moments with our son before they carted him off to a hospital in Sandy Springs.

He’s spent the first days of his life in the Neonatal Intensive Care Unit, hooked up to so many tubes and lines that he looked like a puppet dangling from strings. The hawkish nurses swirled around him, adjusting here, sticking there, nudging, controlling and fidgeting with the devices near his bed. 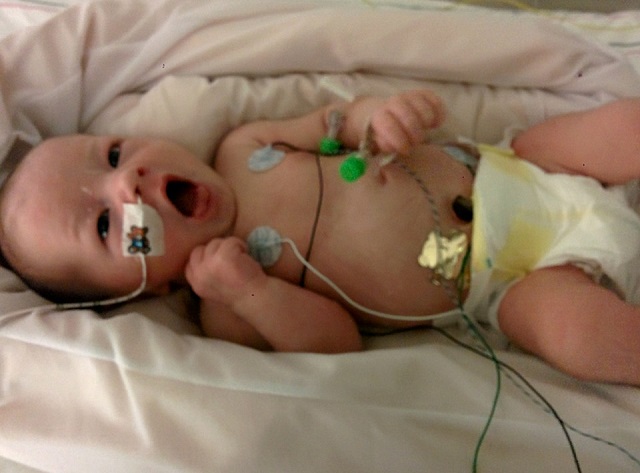 He’s making a face here, may be pooping, not sure.

I felt lost in that place, at first. I did not know the extent of my son’s trauma, whether he would get better or slowly slip away from me. A nurse found me slumped and crying in the hallway. She showed me to a special room for breakdowns, gave me a glass of water and turned off the lights.

My wife handled this all much better than I did, maybe because she is the one who can let things go more easily. I always want to control and fix. But I could not control this. It was beyond my ability to fix. It was just life taking a flamethrower to all of my contrived and cliché notions of fatherhood.

I was told God was in control, that God could fix things. I had my doubts about that, honestly. Why did God let something like that happen to my wife and son? Wouldn’t He have seen that coming? Why didn’t He intervene?

And yet, when it came right down to it, I prayed without conditions. Prayers come in moments of bewilderment and desperation. They come in the tiny and ever-multiplying moments of joy. They come compulsively, thoughtlessly.

Being a dad involves a lot more prayer than I’d realized.

I gained other bits of perspective in the NICU. My baby is definitely the cutest in the NICU (biased), but he’s not the sickest. Far from it. There are parents there who would chop off both arms to be able to see and hold their babies.

While I curled up into a ball and let life kick the crap out of me, my son kept trucking. For the most part, he’s doing all the normal baby things, even if he’s a bit behind the curve due to his first few days being fed through an IV. He picks up new skills every day. J.P. eats, smiles, squirms, shits and sleeps. He rolls with the punches, which he certainly didn’t get from me.

I hope some of that laid-back manner will rub off on me, because I will hang around him every minute he breathes for the rest of my life. College will be a little awkward, but in time he’ll learn to appreciate my one-man SWAT Team parenting style.

When I’m with my son, I feel like I’m a whole person. When I’m away from him, my skin burns down like a fuse until I see him again. The commute I made to Sandy Springs every day, the one I bitched about incessantly before quitting my job and starting this company, I now make daily without complaint.

I’ve done plenty of whining about all of this, so I won’t bore you with that here. I am so grateful for all the things that went right that it feels selfish to focus on the things that didn’t. I am thankful for my wife’s serenity, the expertise of his doctors and nurses, the loyalty and love of my friends and family, and most of all for my son’s resilience.

I still don’t have all the answers about what happened to my boy or what it all means, but they will reveal themselves when it’s time. That is some sort of karmic retribution for asking questions for a living, I am sure.