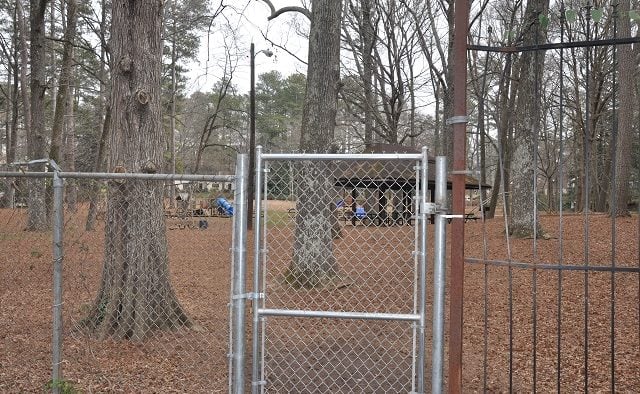 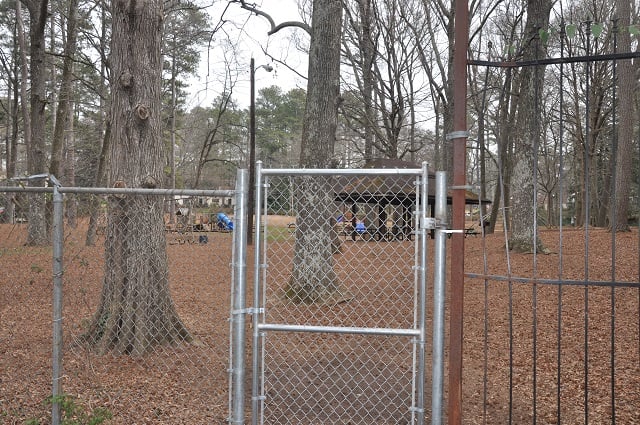 Plans to renovate Willis Park may finally be picking up some momentum.

Discussions about how to renovate the park have been underway for several years. The site of Willis Park was conveyed to the city by town founder George Francis Willis in 1928. It is located off of Dartmouth Avenue, and across from the Museum School on Forrest Boulevard. Currently the park is bordered by a bent and grimy metal fence on the side of the park facing the Museum School. The gate was locked when a reporter visited it recently.

The plans would make the park a little more inviting by improving the landscaping and erecting a gate on the Dartmouth side of the park. According to the latest rendering, the controlled access gate would remain on the Forrest Boulevard side of the park.

Willis Park has been a source of tension within Avondale Estates due to its use by Museum School students. The school is not technically in the city, though the school reports that approximately 39 percent of its 446 students live in the city of Avondale. Residents have been concerned that the park creates a safety hazard and that the school is taking advantage of an amenity they do not pay for.

While the last estimate for the renovations was $815,000, City Manager Clai Brown said there wasn’t any money currently in the budget for it. The city decided to move ahead with issuing a request for proposal from contractors interested in doing the renovations.

The city has received six responses:

Mayor Pro Tempore Terry Giager said the bids do not include the cost of playground equipment.

City Commissioners will need to vote to award the contract at a future meeting, but the results of the RFP process will likely receive extensive scrutiny, Giager said.

“We will study the results and make determinations on structure and amenities,” he said.