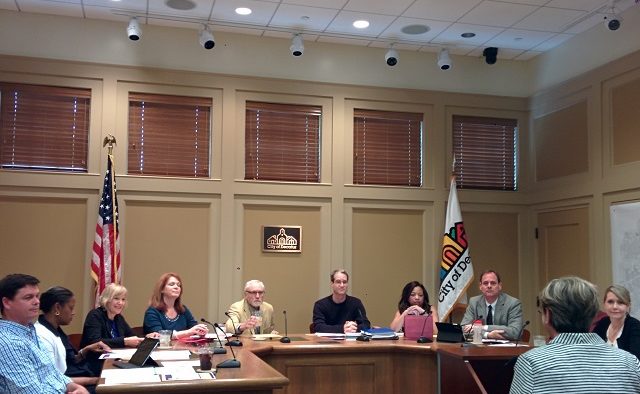 City Schools of Decatur Board of Education members and City Commissioners met on Monday, April 27, to discuss a bond request for school construction. Photo by Dan Whisenhunt
Share 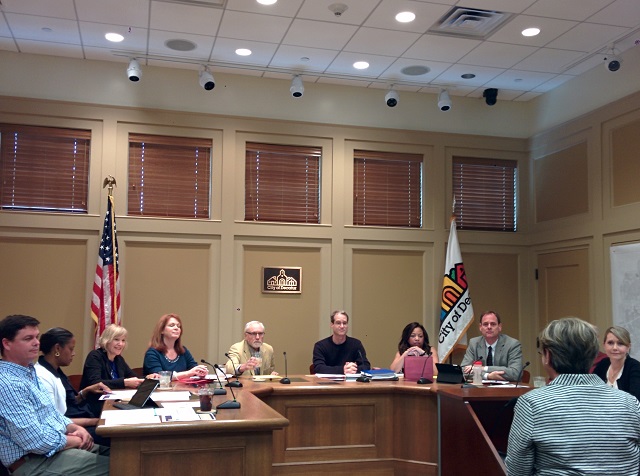 City Schools of Decatur Board of Education members and City Commissioners met on Monday, April 27, to discuss a bond request for school construction. Photo by Dan Whisenhunt

Decatur Mayor Jim Baskett on Monday told School Board members that the ball is in their court regarding a bond referendum to pay for school construction.

“If you guys decide you’re going to need a referendum, I think the mayor Pro-Tem has said we’re going to act as a pass through in this request, to see the people have an opportunity to decide for themselves,” Baskett said during a joint work session. “You don’t need to be waiting on us to make a decision.”

School Board Member Julie Rhame said the board will consider its formal request at its meeting in May.

What “it” will be has not been finalized. Current City Schools of Decatur enrollment is 4,300 students. CSD consultants project it will be more than 6,000 by 2020. Earlier this month the Atlanta Journal Constitution reported that the School Board had settled on a $75 million bond request, which would add new facilities to meet 93 percent of the system’s projected enrollment growth. It would raise taxes on a $500,000 home by $680 per year.

But that was apparently not the final word on the matter, based on the discussion that occurred Monday.

Decatur Mayor Pro Tem Kecia Cunningham said increasing taxes on city residents could effectively price many people out of the city. According to materials presented to commissioners, City Schools of Decatur estimates that less than 42 percent of all households in Decatur have children in the school system.

“I understand what you say your No. 1 concerns are, the kids,” Cunningham said. “My No. 1 concern is the health and viability of my city; 2 or 3 mills is what could be the thing that runs them out.”

Decatur attempted to provide some tax relief for the city’s senior citizens by asking the state Legislature to increase the city’s homestead exemption, but that effort failed.

The city’s attempts to annex more property also failed, leaving the city struggling to find space to build additional school buildings. One option that CSD is considering would turn the College Heights Early Childhood Learning Center into a K-5 school.

But according to the fact-sheet given to commissioners, if College Heights became a K-5 tomorrow, it wouldn’t have enough space to meet CSD’s needs.

Cunningham said, “It’s not really a poll, not a scientific poll.”

School board members and other commissioners conceded the point. Still, it was the only measure of public sentiment that was readily available. The unscientific poll asked about support for alternatives to building new schools. An overwhelming majority – 82. 9 percent – favored more portable classrooms.

Speaking of which, ever hear two-story portables? Apparently they exist and it’s something CSD is considering, too.

But School Board members are against pursuing portables as a long-term solution due to their expense and temporary nature.

Read more: Here are photos of materials that commissioners were referring to during Monday’s joint work session. It includes a Q&A from City Schools of Decatur addressing common questions about CSD’s space issues. 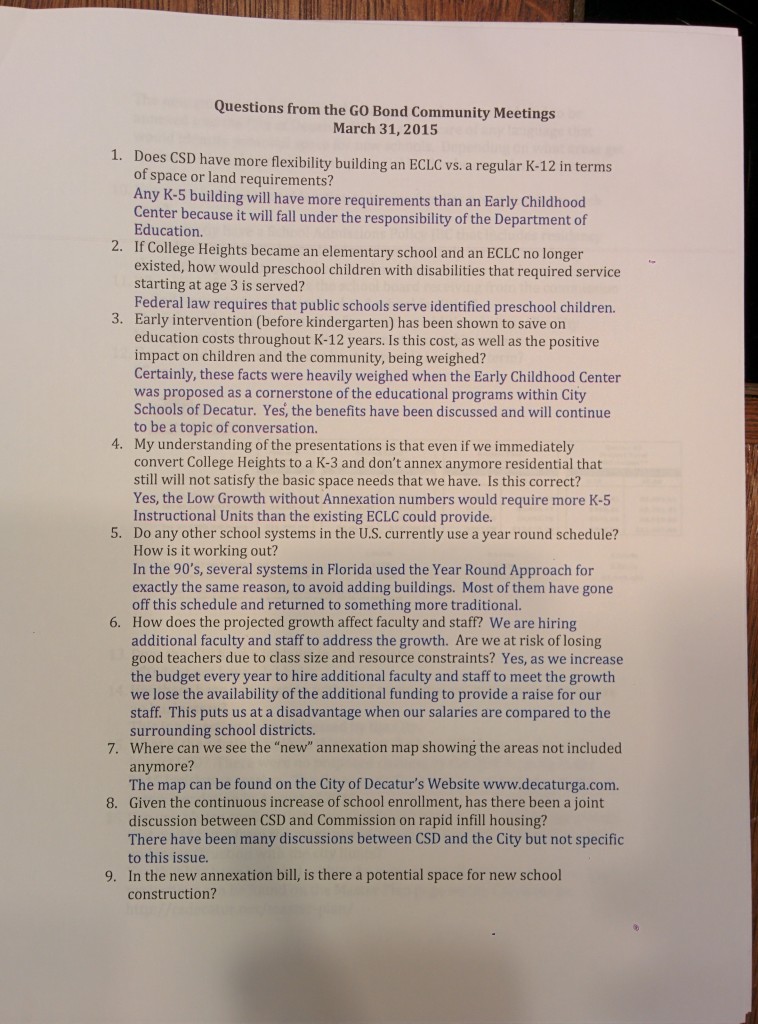 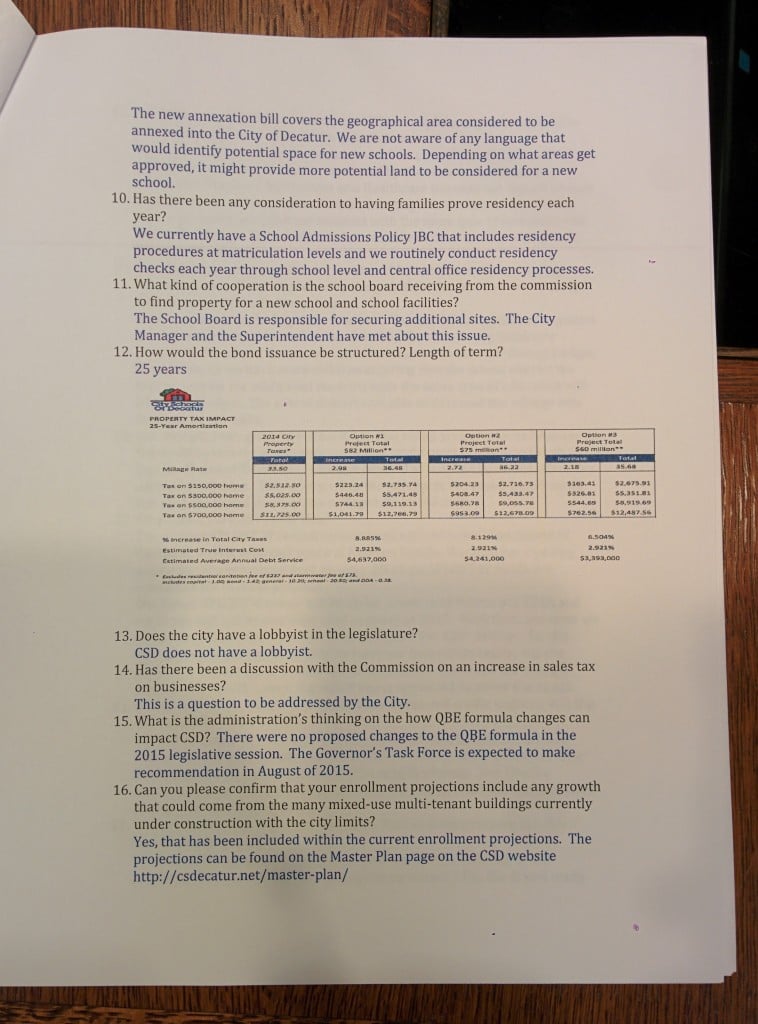 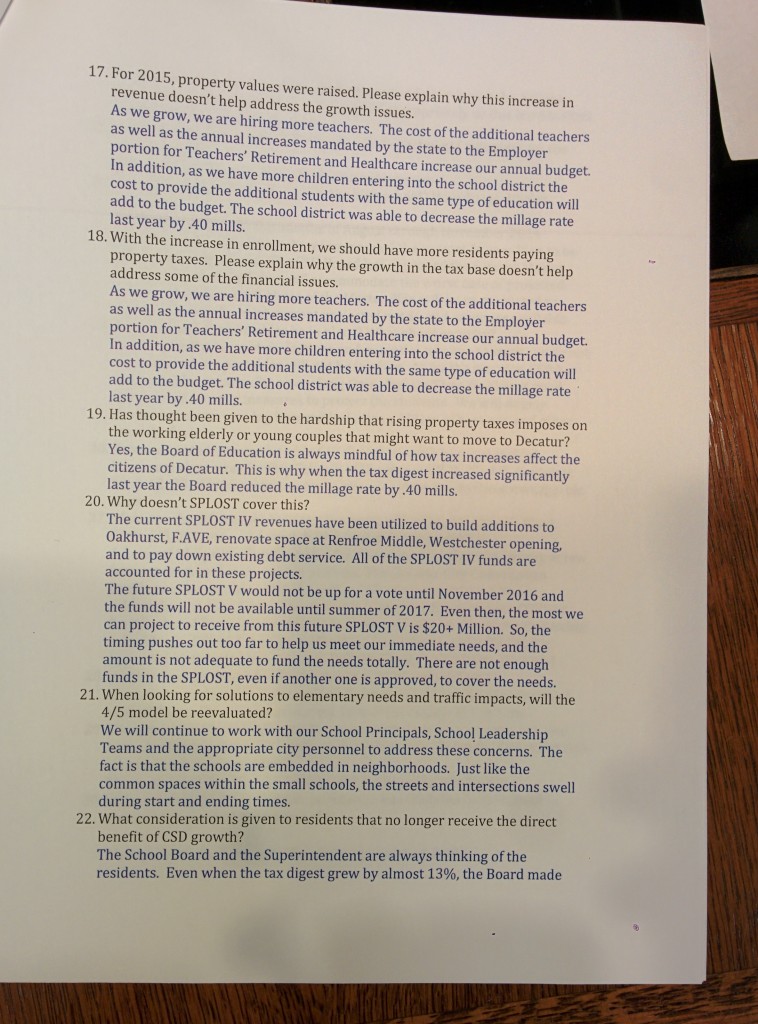 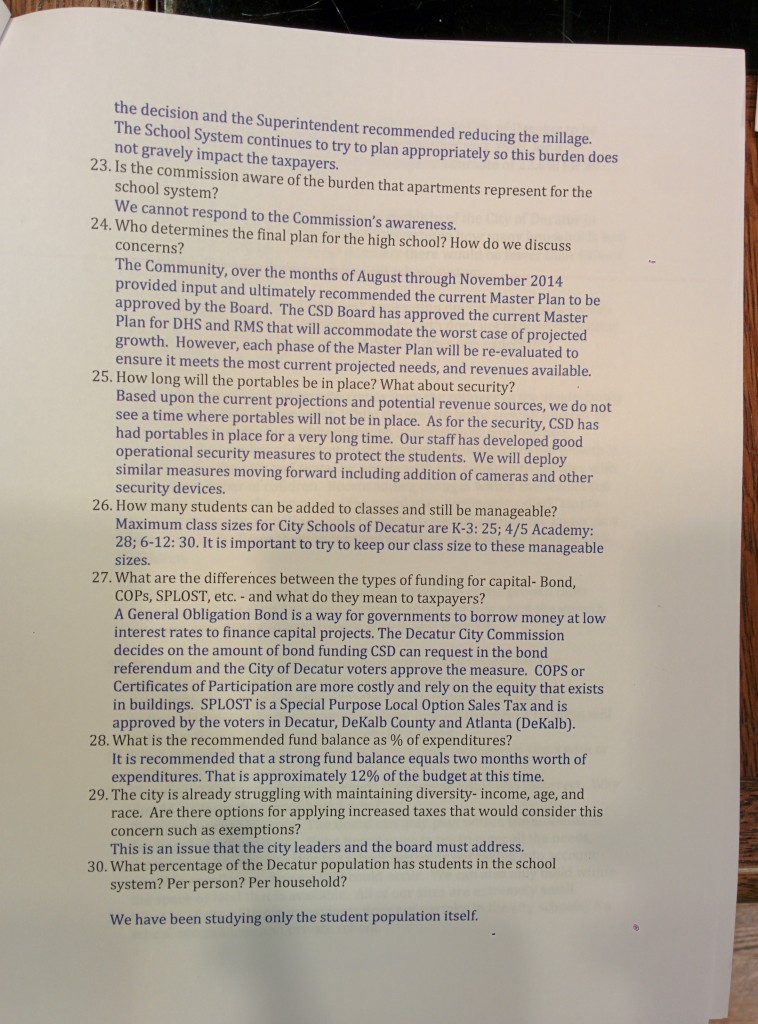 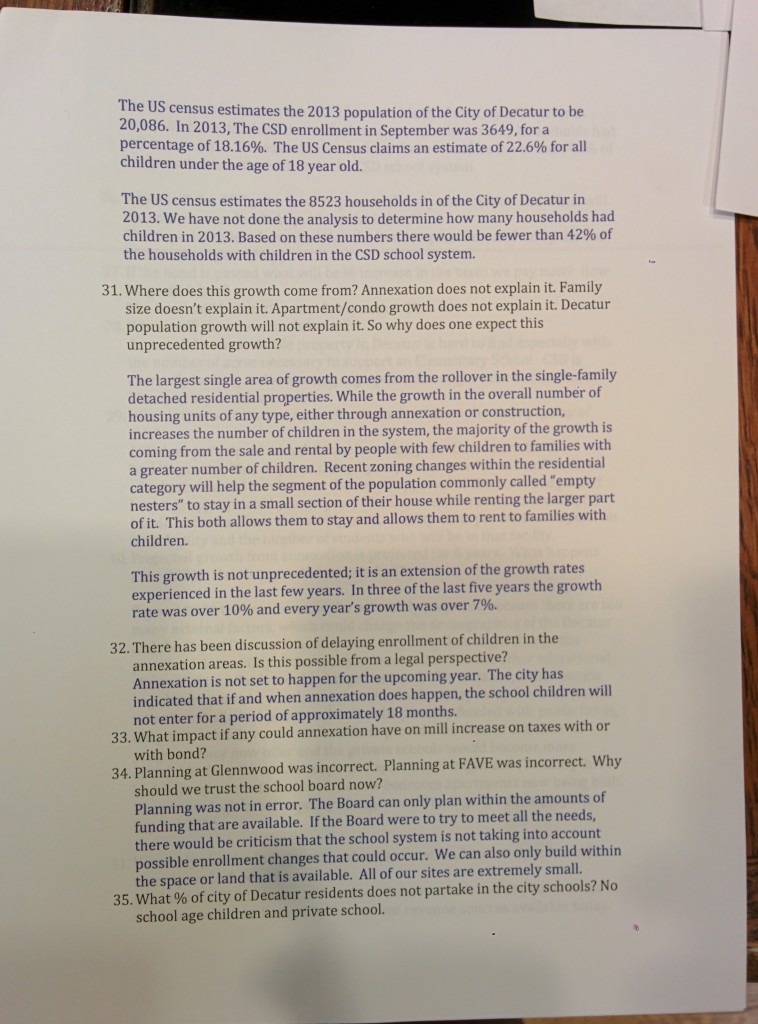 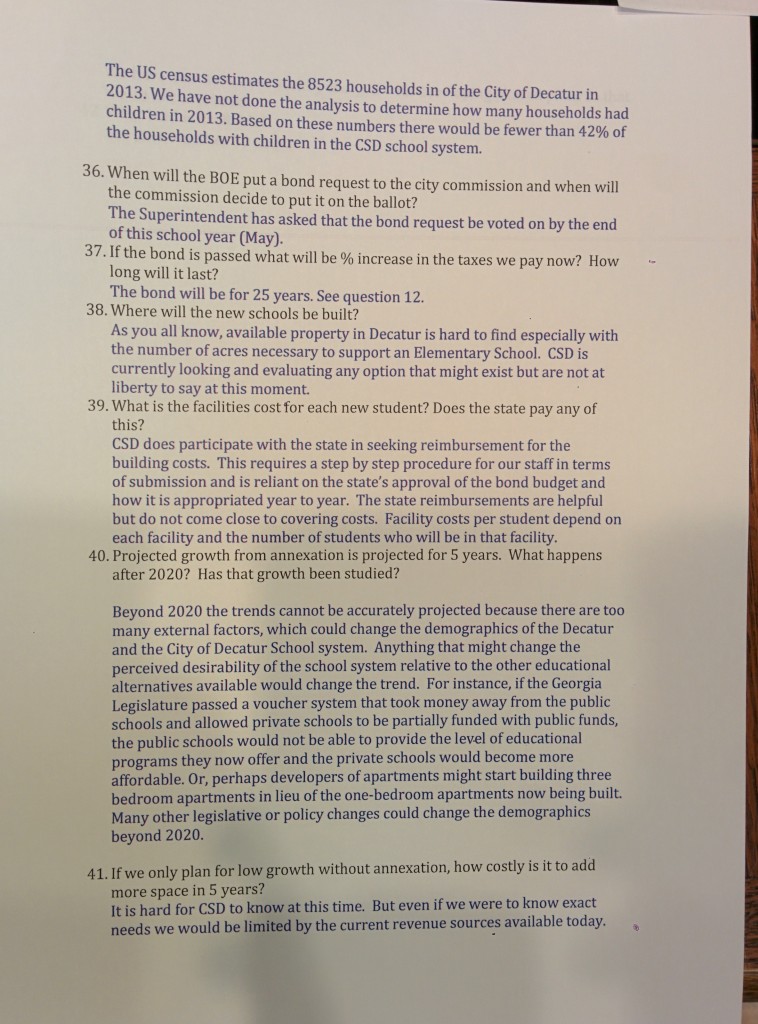 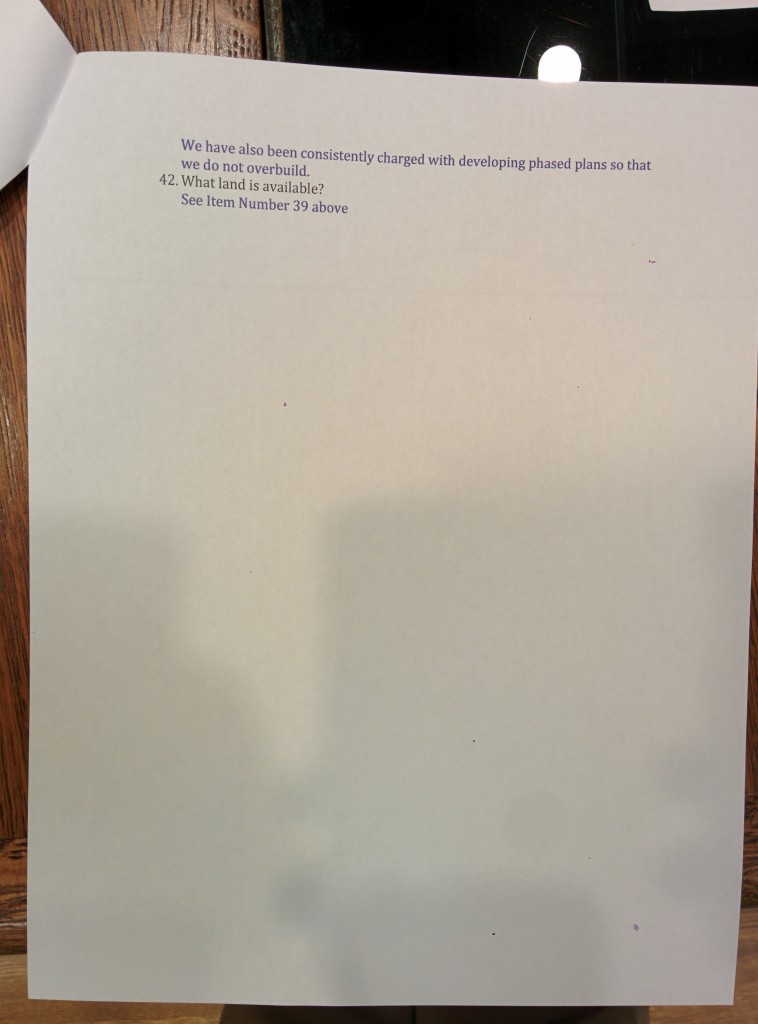 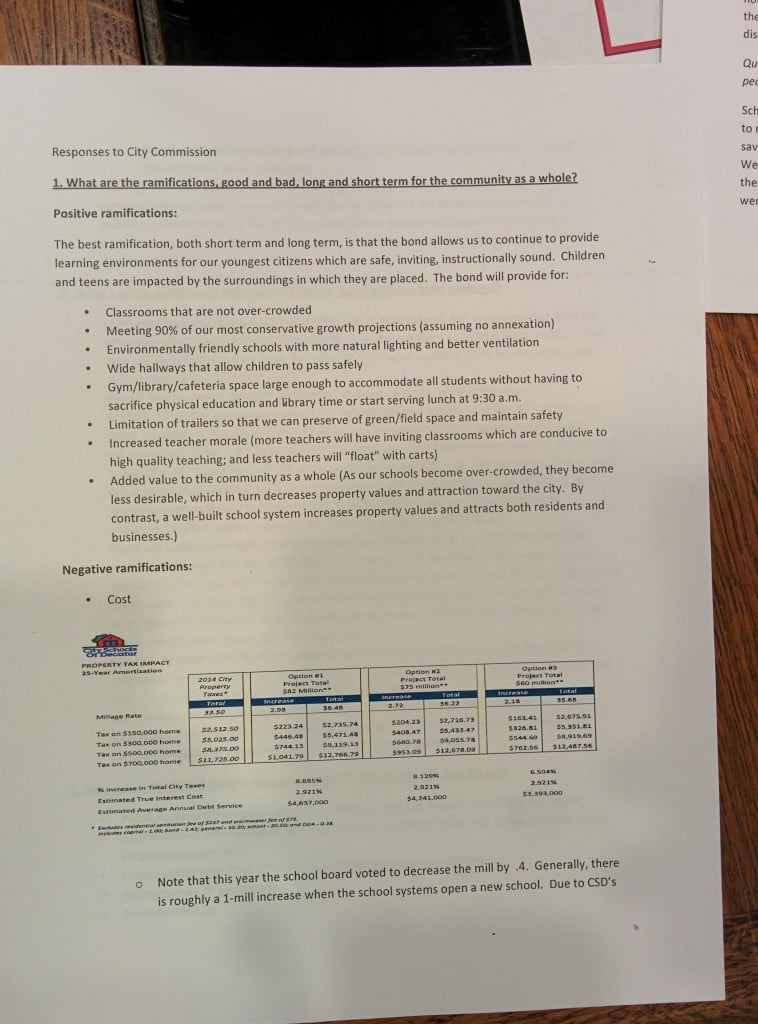 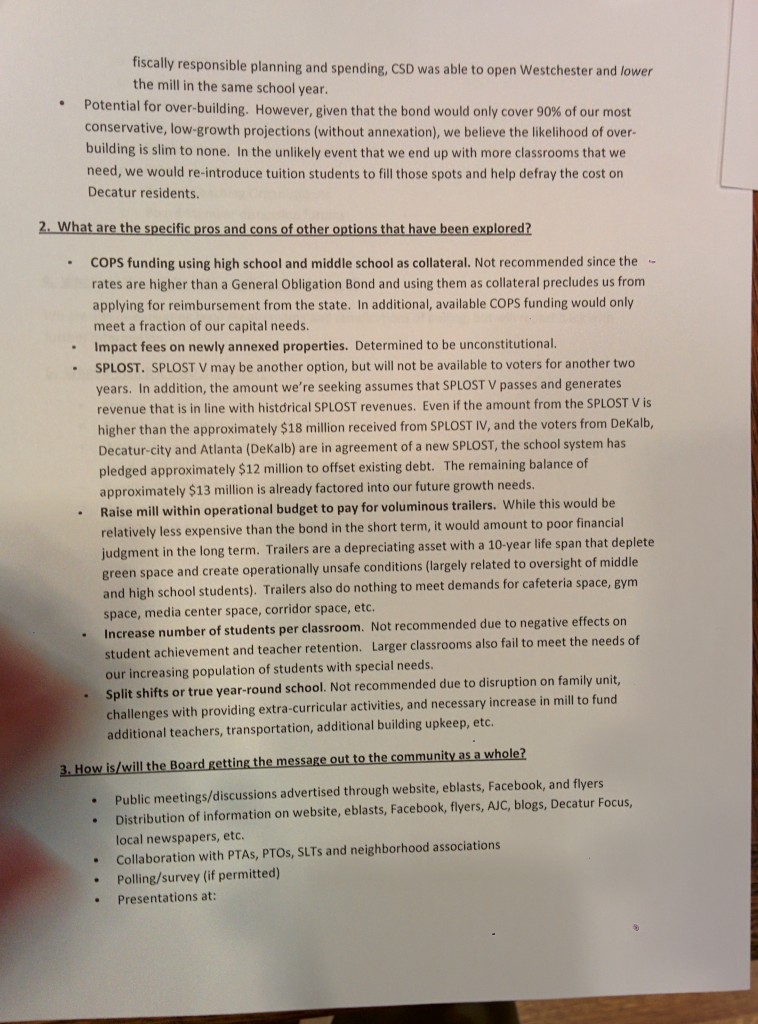 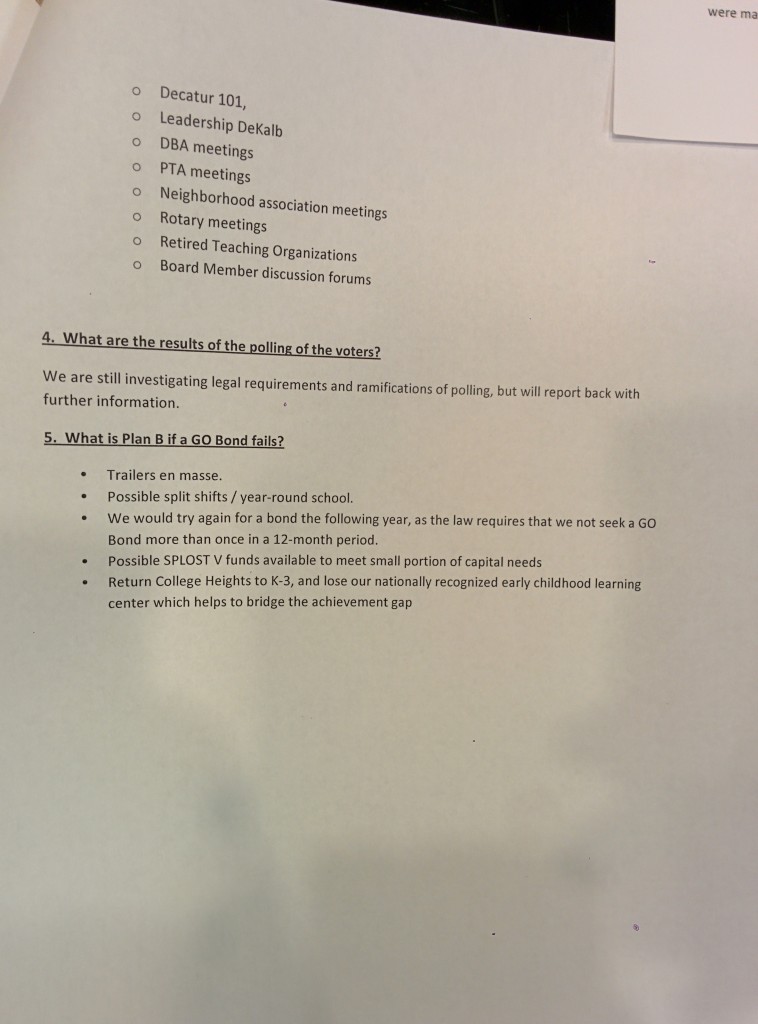 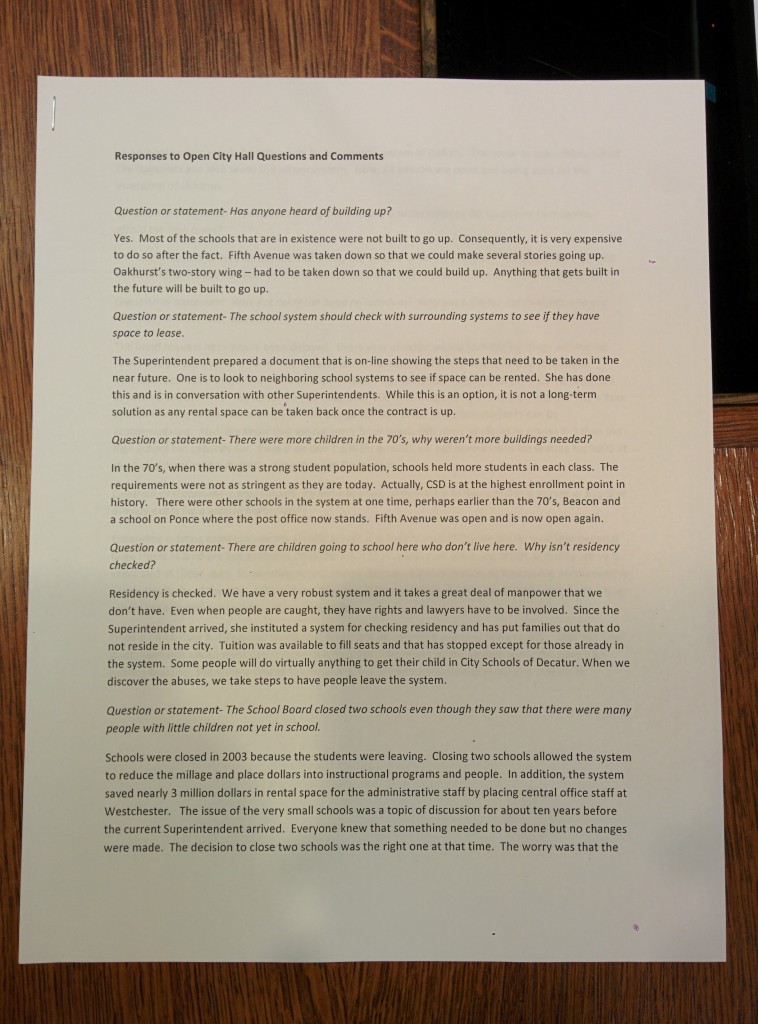 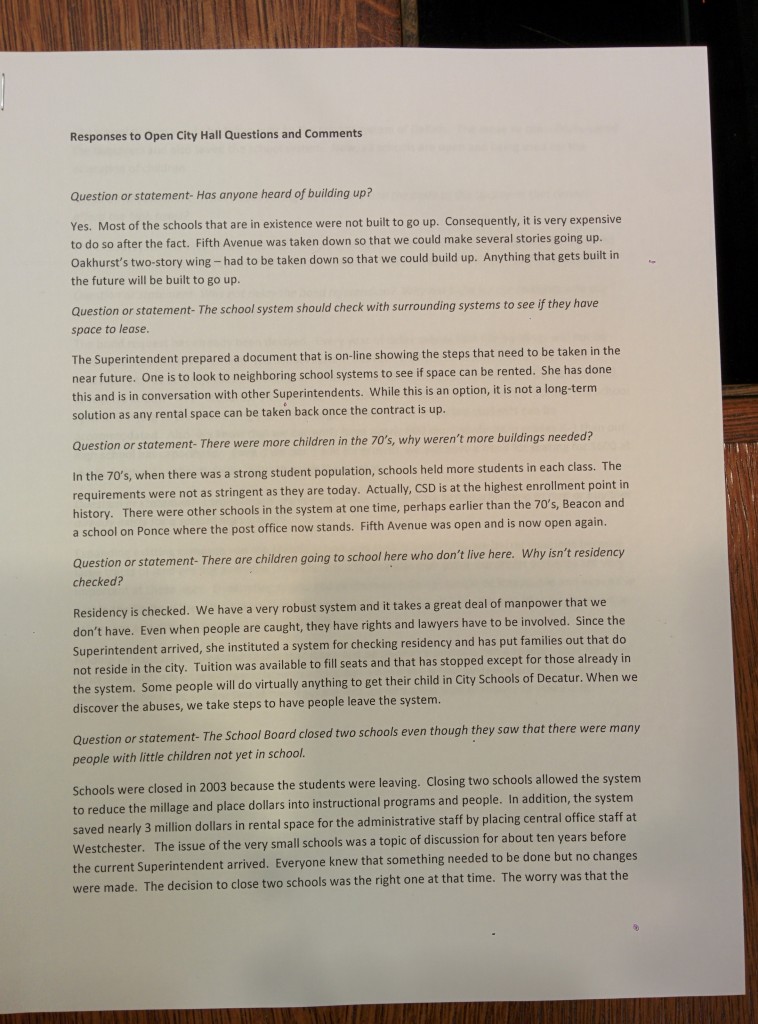 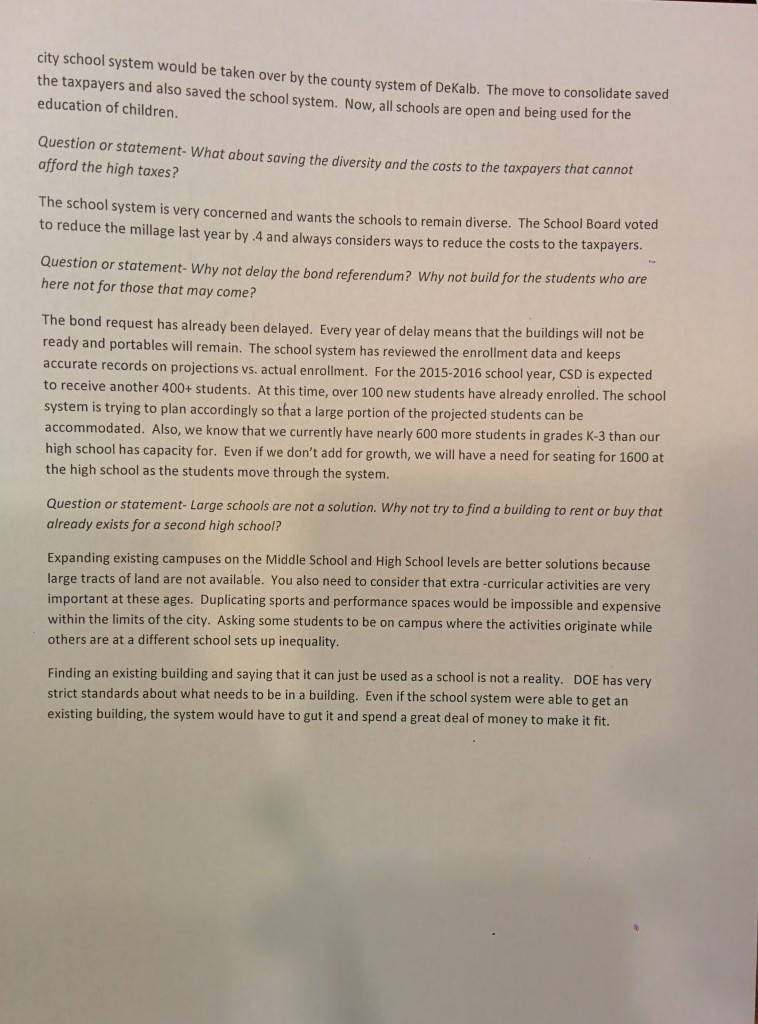 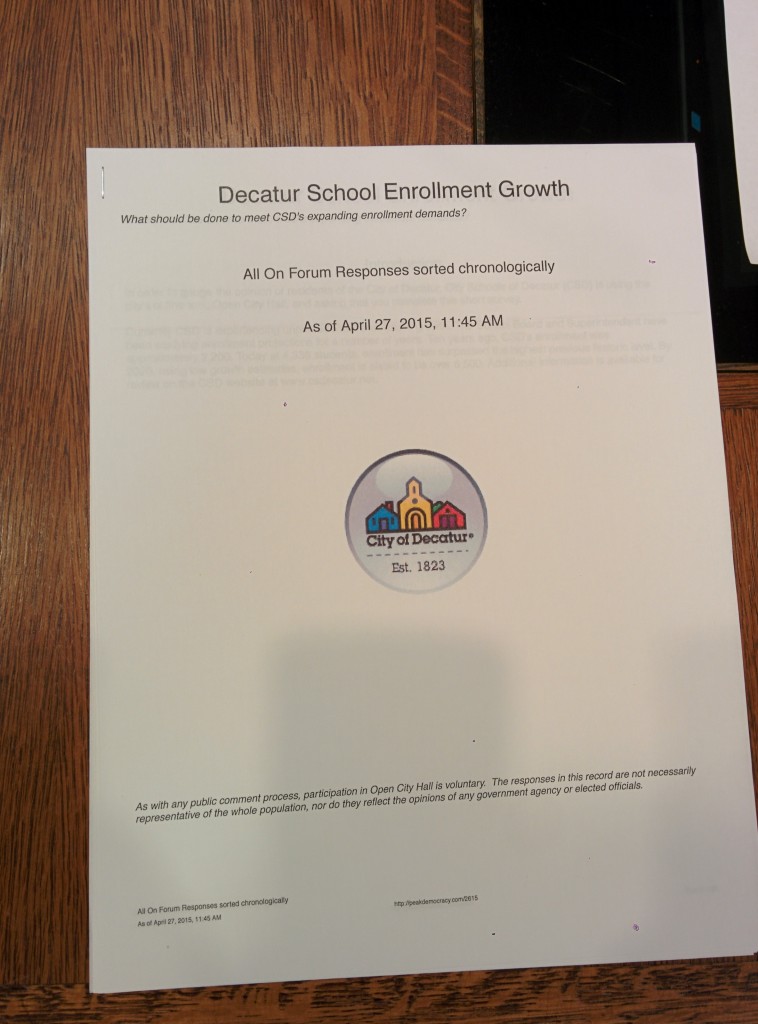 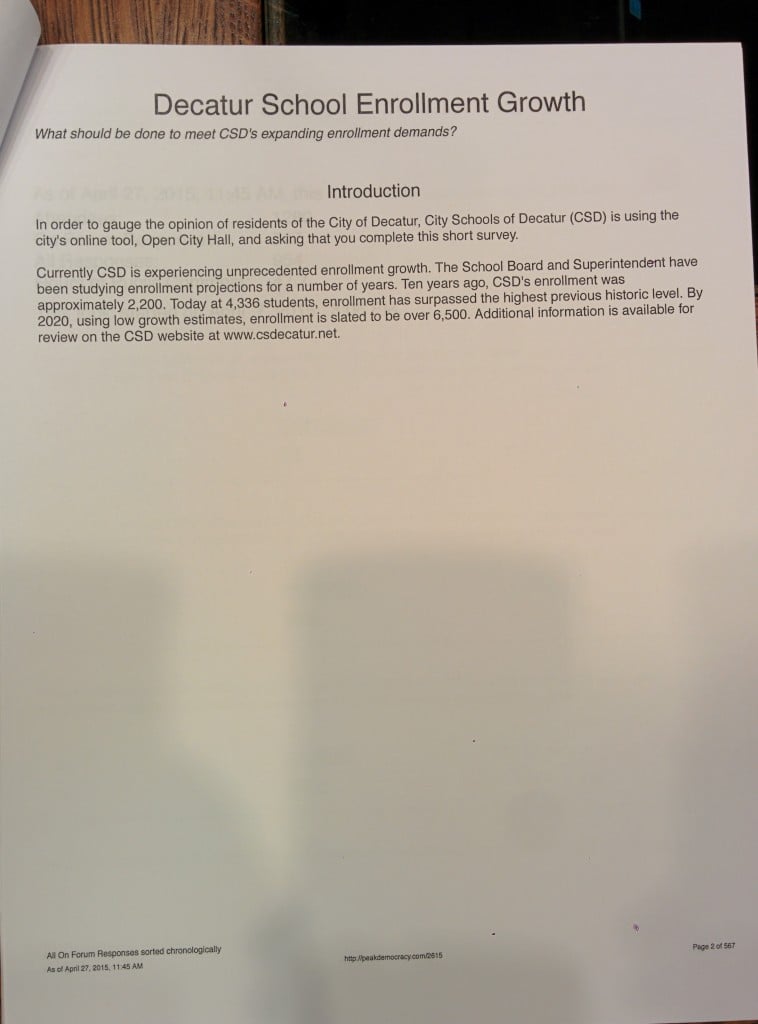 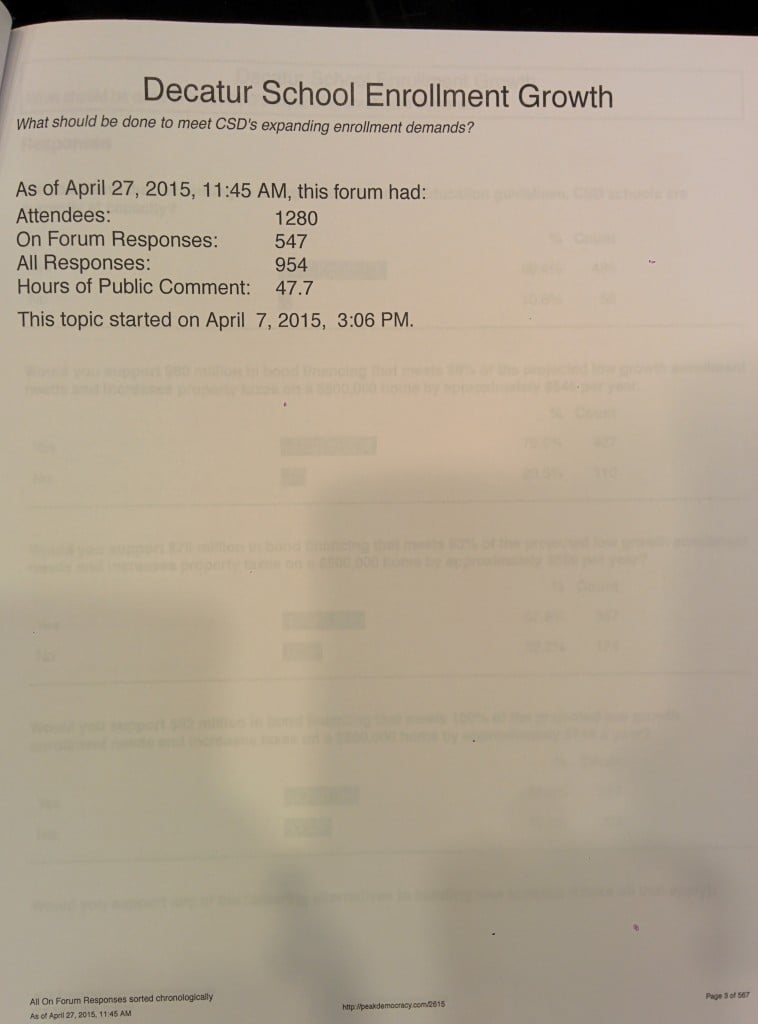 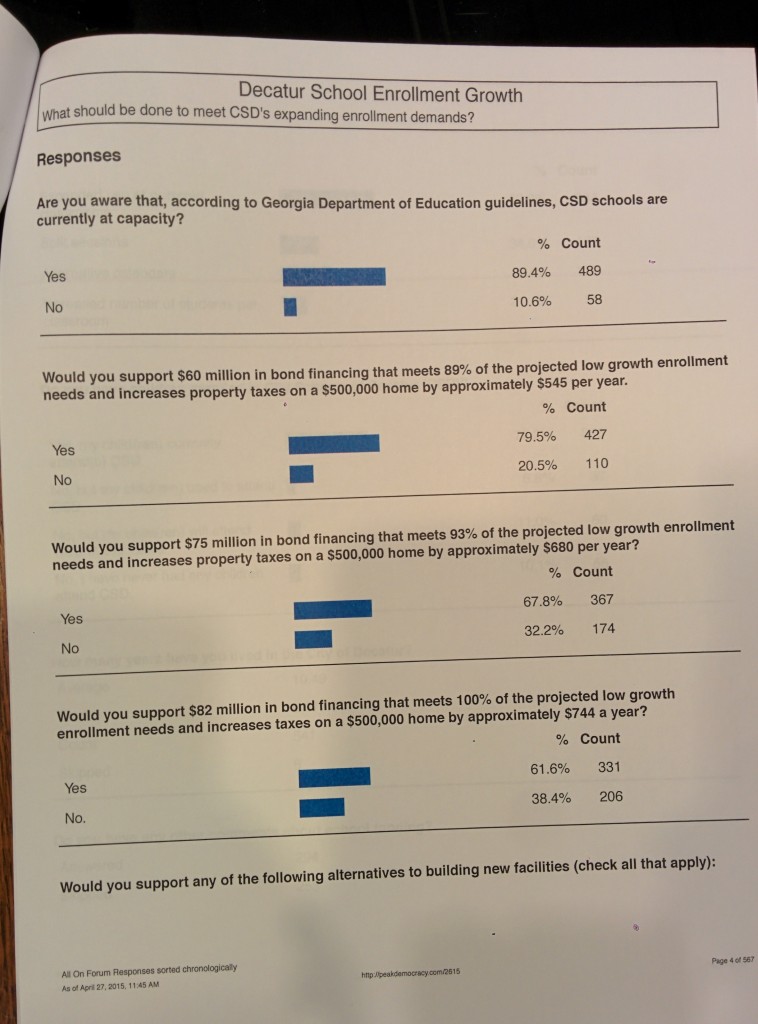 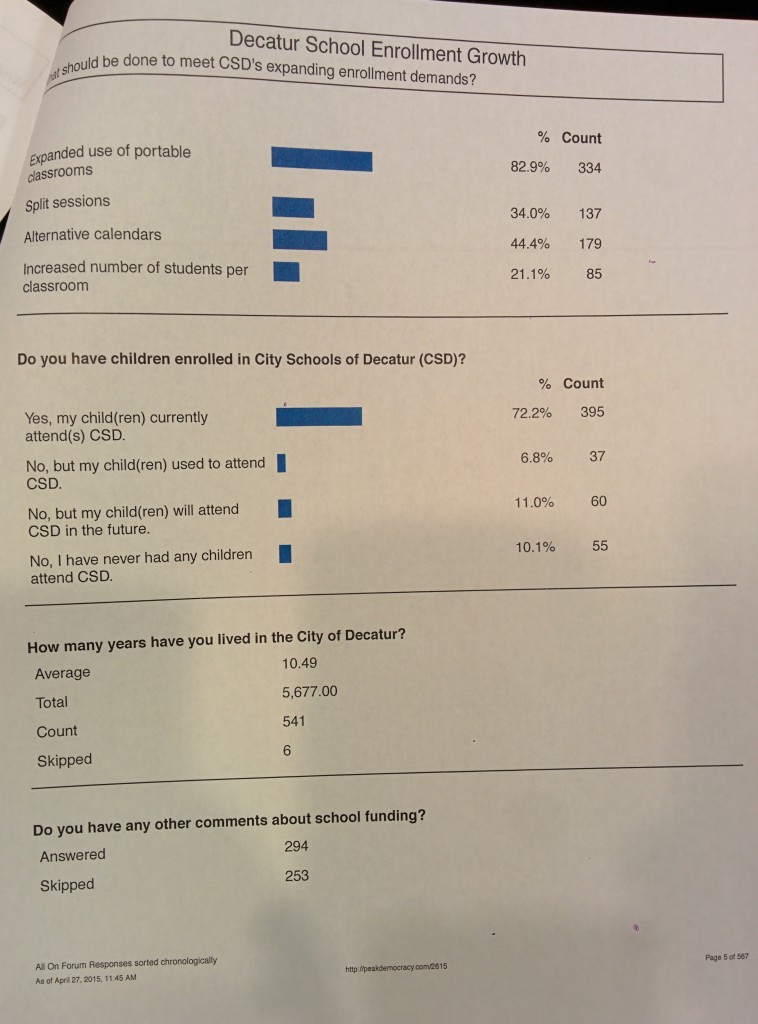