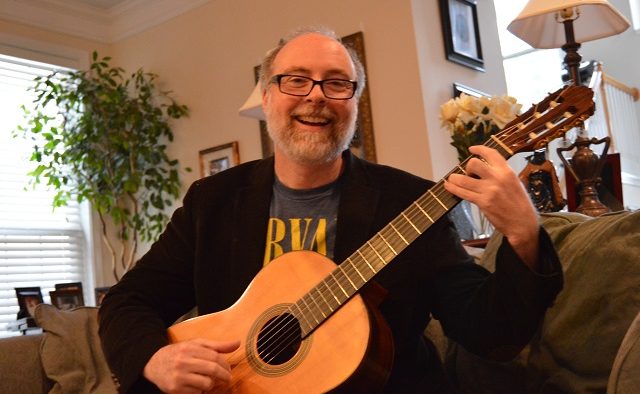 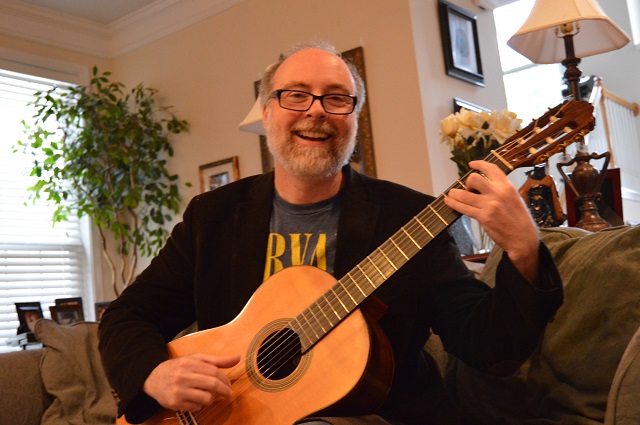 Composer David Mitchell wanted to capture a specific moment in time. It happened while he was taking a walk around Lake Avondale with his fiancee, Jennifer Jones.

“It was coming alive,” Mitchell said. “Sunlight was dancing on the water. I often like to use specific moments like that as inspiration for pieces.”

His inspiration became “Lake Avondale: A Beautiful Day,” a composition for piano and guitar. So far it has been performed in New York City, Connecticut and Mississippi and Louisiana. It has yet to be heard in the place that inspired it, Avondale Estates.

Jones has become Mitchell’s chief promoter. She reached out to Decaturish and said that composition “begins with sounds representing the zig-zag flight of dragonflies buzzing around the lake and this gives way to the piano showing the flight of the birds as they dive down to skim the water.”

Mitchell has lived in unincorporated Avondale for two years. He’s also a professor of music theory and composition at the Atlanta Institute of Music and Media. He holds a Doctorate of Musical Arts (DMA) in Music Composition and Theory from the University of Georgia.

While this particular piece drew inspiration from a leisurely stroll around a lake, he said he often composes pieces while driving his car.

“Mundane tasks like that give you a chance to free your brain,” Mitchell said. “I use those moments.”

“Georgia is the new Hollywood of the South,” Mitchell said. ” … It’s a great place for a composer to be.”