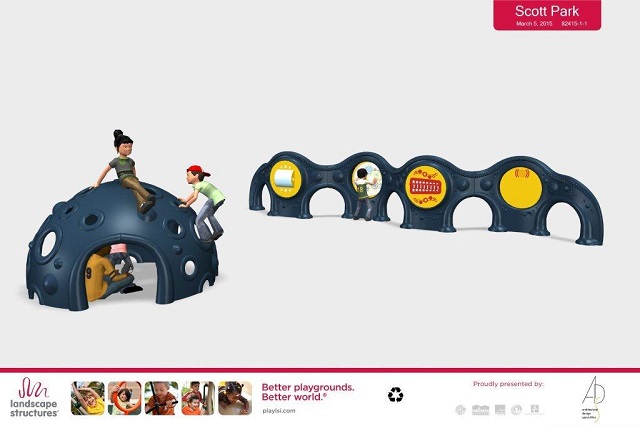 “We stared looking around and said all kids need to be able to play regardless of ability or skill set,” White said. “Scott Park would be a good place to start.”

The park, adjacent to the Decatur Recreation Center, is one of the city’s most popular playgrounds. During the April 6 Decatur City Commission meeting, commissioners approved spending $21,670 on the new playground equipment. The new equipment will include a “cozy dome,” which kids can climb on but – more importantly – contains a space inside where kids can hide.

“A lot of times kids with autism like to get away from everybody,” White said.

The other piece is a “sensory wall,” an interactive installation that will include a wheelchair accessible pad.

White said eventually he wants to put this kind of equipment at all of the city’s parks. He said he hopes to have the Scott Park equipment installed in time for the Decatur Arts Festival in May.

“This kid came to the meeting (last) Monday night,” White said. “He said he was thrilled about the project. ‘Now my sister will have a chance to get out and play.'”