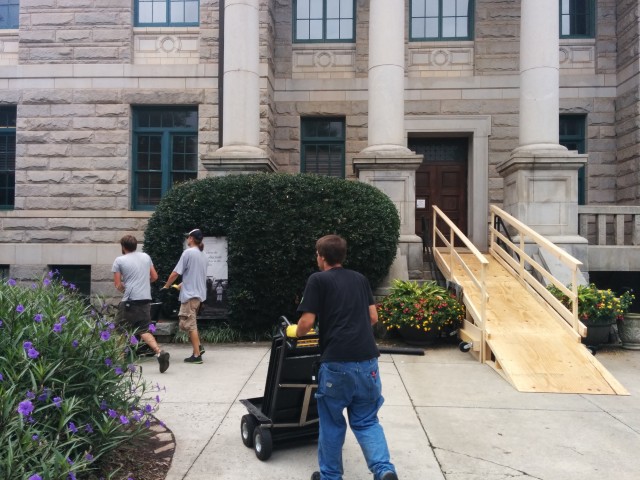 “The project will film at two locations in Decatur: at the DeKalb History Center and at Agnes Scott College,” Menne said. “Decatur police will be present at both locations and there will be intermittent traffic control on both E. Ponce de Leon Ave in front of the Old Courthouse as well as on College Avenue in front of the school. Traffic closures will not occur during peak school and rush hour periods (7:30-9:00 am and 3:30-5:30 pm).”

According to Internet Movie Database, the movie stars Melissa McCarthy and Peter Dinklage, best known for his work on HBO’s “Game of Thrones.”

The movie synopsis says, “A titan of industry is sent to prison after she’s caught for insider trading. When she emerges ready to rebrand herself as America’s latest sweetheart, not everyone she screwed over is so quick to forgive and forget.”