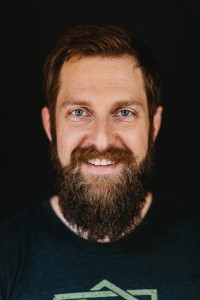 The chef has named Andreas Müller as executive chef. Müller is currently the “kitchen dude” at Gillespie’s Gunshow restaurant in Atlanta’s Glenwood Park neighborhood, a press release from Gillespie says. According to the release, Müller “shares Gillespie’s passion for combining farm-fresh ingredients with traditional family favorites.”

The restaurant has also announced that it plans to open this July. It will be located in the former Harbour House space on Church Street in downtown Decatur, Ga.

Gillespie, who rose to fame when he appeared on the reality cooking show “Top Chef”, said Revival will be the kind of experience you’d get if you were a lucky guest at the Gillespie family table, one that is deeply personal. It will reflect his belief that one of the key ingredients of Southern culture is in dangerously short supply. He said he couldn’t think of a restaurant in Atlanta that honored the cooking traditions his grandmother kept.

“I couldn’t think of a single place that you could go and it made me really sad,” he recently told Decaturish. “It made me really worried. Something that’s really important to Southern culture is our food ways.”

Among the planned “full supper” entrees …

– Pastured Georgia chicken based in sweet onions and golden raisins