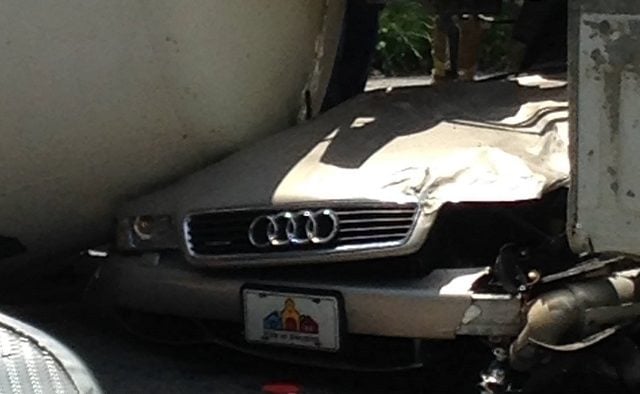 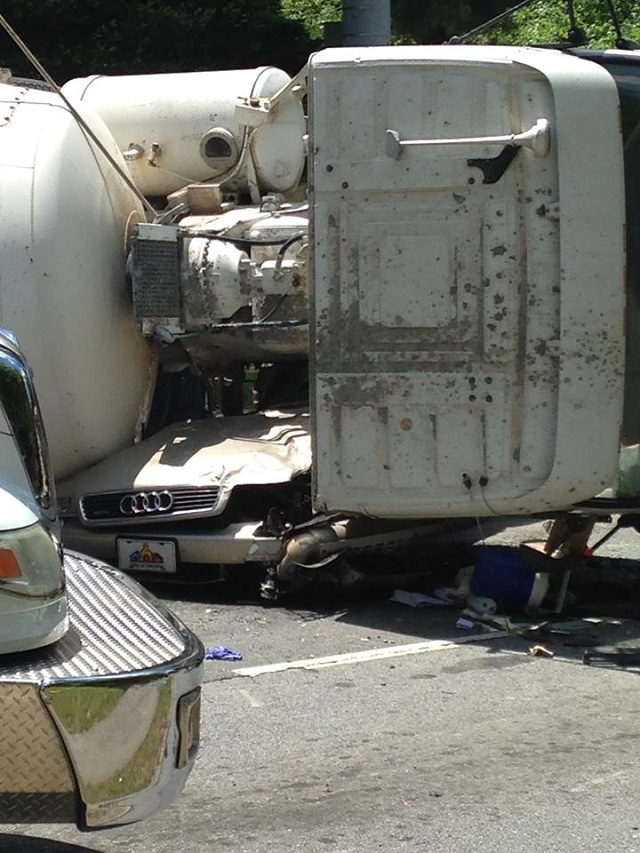 Police say both the driver of the car and the cement truck survived this crash on North Decatur Road. Photo courtesy of Mike Hall.

Photos from the scene show an Audi with a city of Decatur plate wedged into a cement truck. However, Lt. Jennifer Ross said the injuries are non-life threatening.

Ross said that police cited the cement truck driver for running a red light and for speeding.

The road reopened around 5 pm.

Adam Watkins lives near the intersection and took some photos 15 minutes after the accident occurred. He said he believes the driver of the Audi was still in the car when he took some pictures. “I didn’t even realize there was a car even there when I first walked up to the accident,” said Watkins. “It’s hard to see how somebody could survive that.”

Mike Hall, a resident of Clairmont Heights, said he saw the female driver of the Audi being pulled out and loaded onto an ambulance.

“It seemed like she ended up in the right spot. She was between the cab of the cement truck and load,” said Hall.

Hall said the neighborhood has been worried about that particular intersection for some time.

“We’ve always had a lot of concern about this intersection, being at the bottom of two hills. We don’t go through the intersection when we get a green light until we make sure that people stop. We see too many running a red light.”

He said he and neighbors welcome more enforcement of the intersection from Decatur Police.

The city of Decatur said North Decatur Road at Superior Avenue is expected to be blocked for several hours.

Here’s the message posted on The Decatur Minute, the city’s blog:

There has been an accident at N Decatur Rd & Superior Ave and the intersection is expected to be blocked for several hours while emergency personnel respond. Please avoid this area for now. An update will be posted once the intersection is re-opened.

We will update this story as we get more details about the situation.

Here are some additional photos of the accident, provided by Watkins and Hall. 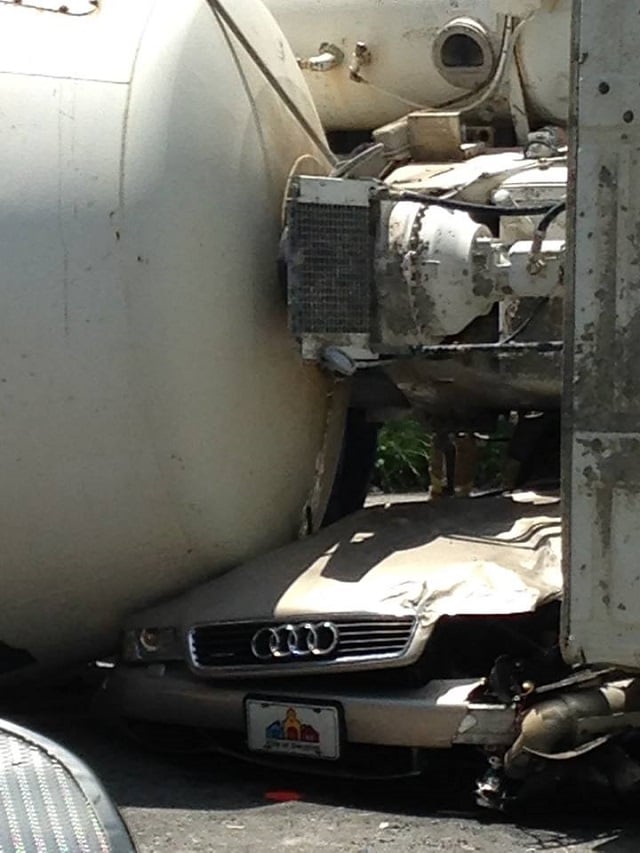 Police say the driver of the Audi has non-life threatening injuries. Photo courtesy of Mike Hall. 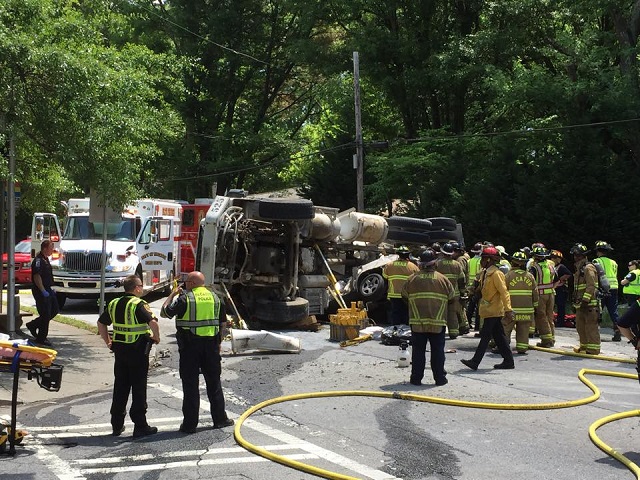 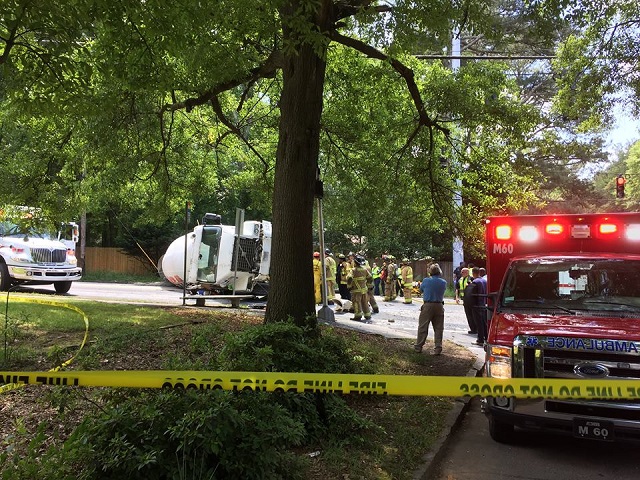 Emergency vehicles on the scene of an accident involving a cement truck and a car. Photo courtesy of Adam Francois Watkins.