Dear Decaturish – A compassionate city is an uncomfortable city

Dear Decaturish – A compassionate city is an uncomfortable city 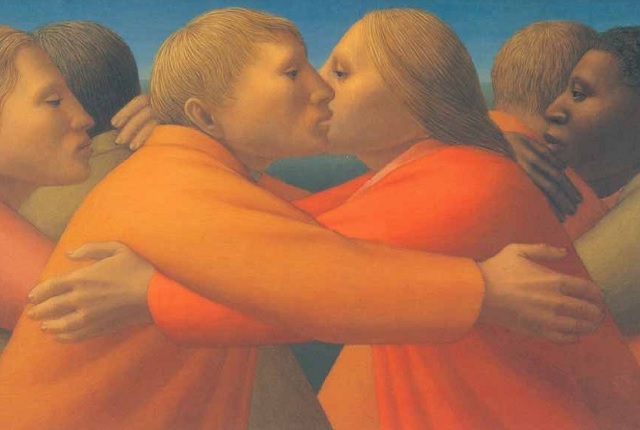 Cover Photo from the Charter for Compassion’s 2013 annual report.

In response to the May 5th article, “Decatur racial profiling concerns folded into a larger discussion about diversity,” we want to recognize the City of Decatur for adopting the Charter for Compassion and pursuing a “tangible community action plan” to help ensure a more compassionate Decatur. With recent unrest in communities from Ferguson, Mo., to NYC and Baltimore, it is clear that a compassionate vision for civic society is needed now more than ever.

In April 2014 the City of Decatur, along with the cities of Clarkston, Atlanta and Berkeley Lake, officially adopted The Charter for Compassion, joining Seattle and Louisville, Ky., among others, in a growing nationwide movement to restore compassion to the heart of civic society.

The Charter for Compassion was inspired by a 2008 TED Talk on the “Golden Rule” by Karen Armstrong, a British scholar and former nun. Armstrong said, “The golden rule asks us to look into our own heart, discover what gives us pain, and then refuse under any circumstance whatsoever to inflict that pain on anyone else.”

Armstrong won the $100,000 TED Prize that year, awarded annually to an individual with a creative, bold vision to spark global change, to help make her dream of creating a more compassionate society come true.

So what does it mean to be a Compassionate City? Clearly, Decatur is a welcoming community, attracting new residents, businesses, and even the attention of a recent trendsetter profile in the NY Times.

More than that, however, Decatur is a place where many neighbors know each other by name and treat each other with kindness. Still, compassion requires us to go even deeper than superficial courtesy or simple civic promotion. As Karen Armstrong reminds us, “A compassionate city is an uncomfortable city.” It means we are willing to feel our neighbors’ pain as our own and forge meaningful remedies together. We do this naturally when we offer meals to a neighbor recovering from illness or lay flowers at the door of those grieving a death or other loss. As a compassionate city, we don’t look away.

Indeed, the Charter for Compassion asks us to “work tirelessly to alleviate the suffering of our fellow creatures, to dethrone ourselves from the center of our world and put another there…and to treat everybody, without exception, with absolute justice, equity and respect.”

In Decatur, the Leadership Circle directing the City’s “Better Together” initiative promises to do just that by “building deeper connections, understanding, and mutual respect among the community.”

With guidance from experienced leaders, including Mattice Haynes, Jon Abercrombie, and Linda Harris, we look forward to public discussions that “explore our strengths, weaknesses, perspectives, and misunderstandings.” The Leadership Circle’s willingness to forge a transparent action plan that entices new residents – while incorporating the voices of the City’s long-standing and diverse community – is deeply courageous and inspiring. Better still, it is an opportunity for the City to be a true beacon of community cohesion – even a regional and national role model.

And we know it can be done. In Louisville, Ky., Mayor Greg Fischer personally led the city’s charge in 2011 to adopt the Charter for Compassion. Since then, Louisville has instituted numerous policy-level committees, including a task force working to develop a compassion curriculum for pre-K through 12th grade. To date, 22 schools in the city are self-identified “compassion schools.” As part of the city’s “Give a Day” week of volunteer service, Mayor Fischer leads an annual community-service drive. In 2014 alone, Louisville recorded 144,000 acts of compassion as part of this yearly effort.

At the national level, Mayor Fischer has introduced resolutions at the U.S. Conference of Mayors “to study compassion and to make this abstract concept a real and concrete part of daily life for the citizens of our community.” It is little wonder that Louisville was named the Most Livable Large City in 2012 by the U.S. Conference of Mayors and recognized in 2013 as a leader in civic compassion by His Holiness the Dalai Lama.

As a leader, Louisville is also willing to freely share best practices with other cities. To date, Louisville has mentored more than 30 cities, including San Antonio, Toledo, and St. Louis, in learning how to deepen their commitment to compassionate community building.

Here in Decatur, against the backdrop of Dr. King’s dream for a more peaceful and just society, we are uniquely positioned to realize Karen Armstrong’s wish for a more compassionate world. Speaking from the pulpit of the MLK Int’l Chapel at Morehouse College, where she was being honored with the 2014 Gandhi/King/Ikeda Peacemakers Prize, Karen Armstrong reminded us that “our true willingness to feel each other’s pain – to let our hearts break – this is the impetus of compassion that will help us build a dynamic 21st century world.”

The Board of Directors, Compassionate Atlanta

To learn more about the Charter for Compassion and to access a free library of tools and resources, visit www.charterforcompassion.org.