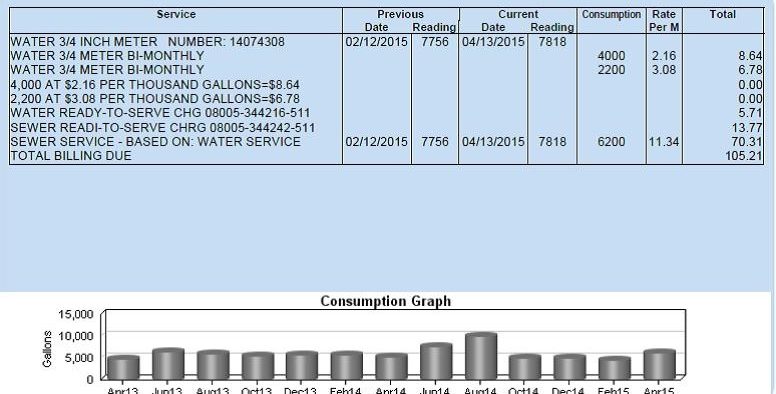 DeKalb County is changing the way you see your water bill each month after thousands of residents looked at their bills and began seeing red.

The county Department of Watershed Management is rolling out new changes for residents’ water bills intended to give them a clearer picture of how much water they’re using.

According to a statement from the county, “As of mid-April 2015, personalized graphs have been integrated with water and sewer bills based on residents’ monthly consumption. From these charts, residents can view their specific water usage by each month from the last two years, as well as how this affects cost, and when bills fluctuate through the seasons based on peak water usage times.”

Here’s a sample of what the new bills look like … 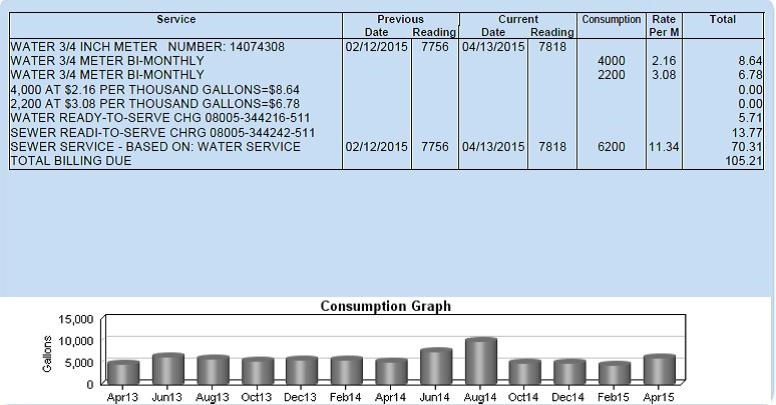 The county has also recently extended its customer service hours from 8:30 am to 5:30 pm to 7 am to 7 pm, Monday through Friday.

“With this extension, and the addition of extra staff at the end of 2014, 76 percent of DeKalb County inquiries are now answered within 60 seconds,” the statement from the county says. The county says residents can expect more “improvements” over the next year, “specifically another update to bill design and tools to help understand usage.”

County water bills have been a subject of dispute among residents who say they’ve been overcharged.

Last year, the county began auditing more than 5,000 homes whose owners said they’d seen bills that showed a dramatic increase in consumption, according to 11 Alive. In one instance, a Dunwoody homeowner who had a $347 bill was able to get it reduced to $93 after she visited the visited the water department, 11 Alive reported.