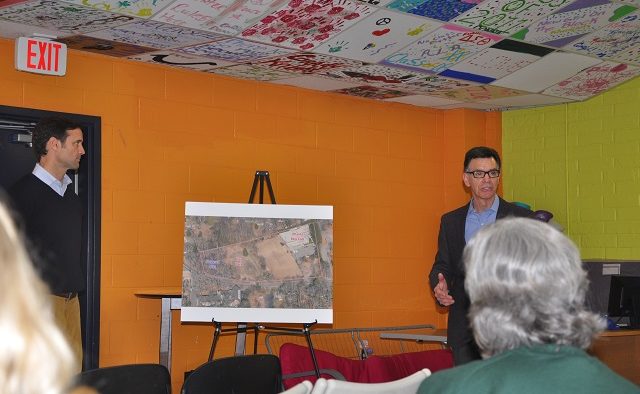 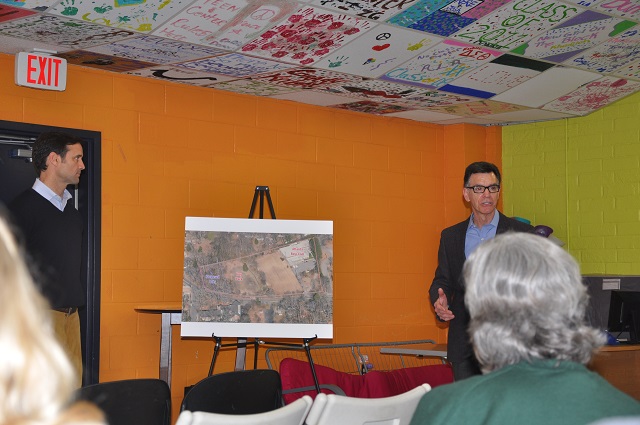 Jay Weaver, a founding partner of developer Weaver Capital Partners, says the city of Decatur improperly meddled in his purchase of property from the Boys and Girls Club in Oakhurst.

The city’s involvement may be grounds for a lawsuit against the city after City Commissioners on May 18 rejected his request to subdivide a lot he was under contract to buy. That half acre of property is part of the Oakhurst Dog Park, which the city leases from the Boys and Girls Club for $1 a year. Weaver’s plan to build homes on part of the dog park incensed residents who use it. They spoke for more than hour during the May 18 meeting, asking commissioners to vote against the developer’s request.

It’s a controversy that began in December when Weaver began reaching out to residents. A few months later, things became more complicated when the city reaffirmed its interest in buying the entire Boys and Girls Club site, with or without the dog park property. The city has been interested in buying the property for years. Weaver countered that he could buy the property and sell it back to the city of Decatur. During the May 18 meeting, Weaver said he thought the city’s involvement was inappropriate, considering the city’s Planning Commission and City Commission had the power of approval over his request.

“To this point we do not know how many conversations have been held between the two groups,” Weaver said, meaning the city and the Boys and Girls Club. “Even one would not have been appropriate in our opinion.”

Decaturish asked Mayor Jim Baskett whether he thought the city’s actions were proper. He said the city had received a letter from Weaver’s attorney outlining his client’s concerns about the case.

“We’re gonna get sued by Mr. Weaver,” Baskett said. ” … There’s little anybody can say to you. The discussions between the city and Boys and Girls Club were not inappropriate.”

Baskett said given the city’s longstanding interest in buying the property, city leaders were confused that the Boys and Girls Club instead tried to sell it to a private developer.

“Why they didn’t come to us is beyond us,” he said.

“If I don’t notify them before the meeting of last night, I have no rights moving forward,” Weaver said. “I’ve not said I’m going to sue them. I need to certify my rights. I’m just protecting my rights. My attorney prepared a letter and we sent it to them with a statement that said here’s the law, this is what it states in order to protect my rights and make sure you’re given this notice.”
Tags: