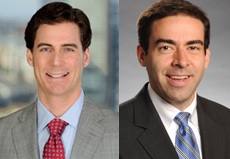 According to a statement from Deal’s office, state Rep. Mike Jacobs will fill the vacancy created after DeKalb County state Judge Eleanor Ross was appointed a federal judge for the northern district of Georgia. Decatur resident and attorney Jean-Paul “JP” Boulee will fill a vacancy created by the resignation of DeKalb Superior Judge Cynthia Becker.

Jacobs is a lawyer who practices in Sandy Springs and he represents House District 80 in the General Assembly. Boulee is a partner with the Jones Day firm in Atlanta and previously served as captain in the U.S. Army Judge Advocate General’s Corps, according to the statement.

In a separate statement, Jacobs said he accepted the nomination “with profound gratitude to Evan Minkovitz Jacobs for her support and patience throughout 10+ years in the General Assembly, the people of House District 80 for allowing me to serve our community, Gov. Nathan Deal for his leadership and for having confidence in me, and all of my colleagues in the House of Representatives. I have the utmost respect for the sacrifices you make and will miss working with you. I look forward to serving the people of DeKalb County in this new role.”

Boulee told Decaturish, “I was honored to be nominated by the Judicial Nominating Commission, and I’m humbled to be selected. The judges in DeKalb County are exceptional and I’m excited to join them and hopefully learn from them. I’m going to work hard to become known as a judge that does his homework and tries to get the right answer, and also to be respectful and fair to everyone who walks into the courtroom, to call balls and strikes. And I like to think one of the reasons I was selected is my diversity of experience, including having worked as a prosecutor in the Army J.A.G. corps, a public defender in the Army and as a civil litigator, as well as my diversity of support from DeKalb’s many communities.”