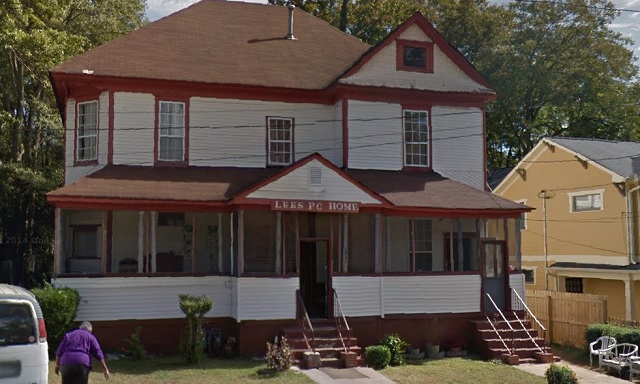 After 35 years, Lee’s Personal Care Home in Kirkwood is going out of business and is relocating the residents who live there.

But one local organization that provides services to the residents is accusing the operator of misconduct regarding the placement of the home’s residents. Public records show the home was investigated in 2014 by the Department of Human Resources for several complaints, including physical abuse of the home’s elderly residents that resulted in the firing of one employee.

The operator, Shirley Lee, said she is closing the home for personal and family health reasons. She refuted allegations made by the director of the services organization and in the reports published by the state Department of Human Resources.

“I’ve had a lot of sickness in my family,” Lee said, saying she gave residents 30 days’ notice before selling the home. ” … I’m not going to be able to operate my home no more.”

Matthew Collins, Executive Director of The Friendship Center, which operates out of Holy Comforter Church in Atlanta, published a lengthy email on May 27 making reference to the closure of a “personal care home in Kirkwood.”

While the letter does not specifically mention Lee’s home, Lee said her residents receive services from Collins’ group. It’s also the only licensed Personal Care Home in Kirkwood. The home is located on Murray Hill Avenue.

Lee said the allegation that she is “selling” residents is not true.

“I haven’t quoted no hundred dollar price to nobody,” Lee said.

Collins confirmed to Decaturish that his letter is in reference to Lee’s Personal Care Home.

“When I typed up and sent out this newsletter I knew that there was absolutely no way to prove this report with any hard evidence,” Collins said. “That is why I did not name Ms. Lee or the residents of the home specifically.  My hope, however, was to bring awareness to the ever-present and disturbing commodification of vulnerable persons that happens all around us each and every day.”

Public records show the Department of Human Resources visited the home four times in 2014. The first visit occurred in February 2014 for an annual inspection that also included investigation of a complaint about the home.

This was a violation the home was cited for in 2013, records show.

In the February 2014 inspection, the home was also cited for employing a staff member who didn’t receive proper training. A follow up inspection in June uncovered no violations, but in October inspectors visited again and found the home was not conducting bi-monthly fire drills required by “applicable local ordinances.” Investigators visited the home again in November 2014 after receiving a complaint that a worker physically abused one of the home’s residents.

The inspector was told the employee accused of the abuse would “probably” be terminated.

Lee confirmed that she fired the employee, but said the allegations were not substantiated by witnesses. She also said the resident chose to stay in the home after making the allegations.

“She has these problems,” Lee said of the patient who filed the complaint. “She’ll talk to herself sometimes. She can imagine somebody’s doing something to her. It’s not true.”

Decaturish asked Lee if the visits by the DHR inspector in 2014 led to her decision to close.

“That didn’t have anything to do with me closing,” she said.

Lee said everyone has known about her decision to close and she’s worked with others, including Collins, to relocate the residents.

“Everybody knew that I was selling it,” Lee said. “We told them. We talked to them about it.”

The home will close on June 5.

Collins said since he wrote his letter he’s had success in finding new homes for the affected residents.

“Five of our 8 friends have been successfully located and will be folded back into community life here within short order,” he said. “And they are all, at least, currently living in bed bug free houses.”