Sunday Morning Meditation – When in roam

Sunday Morning Meditation – When in roam 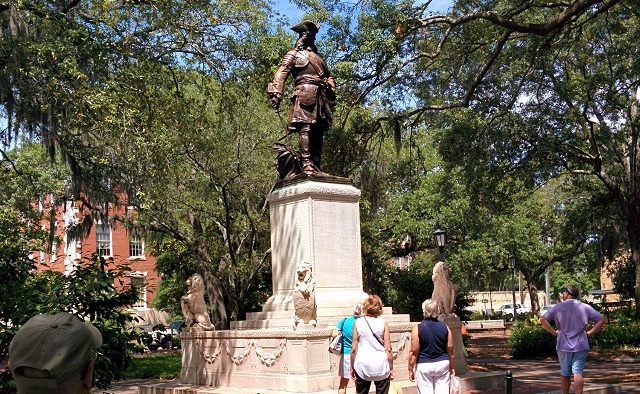 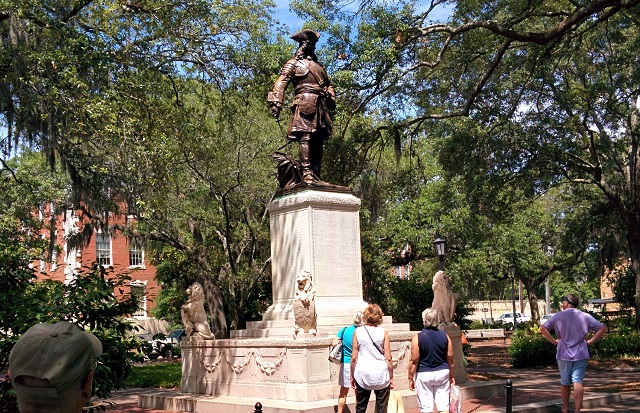 Over Memorial Day weekend, we took our first family vacation.

We loaded up JP and the baby circus and headed to beautiful Tybee Island, Ga. While driving on I-16, we were amazed at the bleakness of it. I’m from Alabama, so you know I have credibility when I say this: there ain’t jack out there. It makes that stretch of I-65 between Montgomery and Mobile look like Manhattan.

Also, there are little rail guards on all the exit ramps. I’m told this is in response to the state’s botched evacuation from a hurricane in 1999. I’m from Mobile, where we get a hurricane every couple of years, and I think the guard rail thing is really cute. We don’t have those on I-65 and I wouldn’t trust them to work properly if we did.

Georgia does have us beat with Savannah, though.

With its fondness for fried foods, liberal open container laws and river-centric downtown, Savannah is like a mashup of Mobile, New Orleans and Chattanooga.

The people there are just nice as can be. The manager at the Crystal Beer Parlor offered to hold my infant son, who was making loud and unreasonable terrorist threats, so I could enjoy my meal. But I didn’t want to be obnoxious, so I opted to sit in the lobby and let him scream at customers walking by the hostess table instead.

We took our son on his first stroller ride. Sometimes we forget how little he is. We placed towels on either side of him to help him stay upright and people would randomly coo at him on the street. “I remember when you were that little,” a mother told her daughter outside the visitor center.

I may have put on a pound or two since becoming a servant of the Stinky Milk Goblin from planet Boobor, so I was sweating through my clothes by the end of our walk through the city’s multiple squares. In one square, we passed a statue of a pirate.

I was surprised to learn this pirate operated under the alias of James Oglethorpe, a founder of the colony of Georgia. This is nonsense. Judging by the statue, this man is clearly a pirate.

The inscription on the marker in the square reads thusly:

The monument in this Square to James Edward Oglethorpe – the great soldier-philanthropist who founded the colony of Georgia – was erected by the State of Georgia, the City of Savannah and various Patriotic Societies. Impressive ceremonies marked its unveiling in 1910.

The 9 foot bronze statue of Oglethorpe is the work of one of America’s foremost sculptors, the celebrated Daniel Chester French. He has depicted the Founder of Georgia in the full dress of a  British general of the period. Oglethorpe is portrayed with sword in hand: alert and ready for council or action. At his feet is a palmetto frond. The statue faces southward symbolizing the threat of Spain’s imperial ambitions to the young colony.

The pedestal and base of the monument were designed by  Henry Bacon, the eminent New York architect whose collaborations with Daniel Chester French include the Lincoln Memorial. The four lions at the corners of the lower base hold shields on which appear, respectively, the coat of arms of Oglethorpe and great seals of the Colony of Georgia, the State, and the City of Savannah. On the pedestal of the monument is  carved a portion of the text of the charter which was granted by Parliament in 1732 to “the Trustees for establishing the colony of Georgia in America.”

I have this theory about lottery tickets. The winners are always from Podunk nowhere and you almost never hear about them again because either A) the lottery is a scam run by a conglomerate of hucksters or B) the winners quietly slip into anonymity by choice or by squandering their lotto proceeds on truck-boat trucks.

Trouble is, the only pieces of Podunk nowhere I usually visit are in Alabama, which doesn’t have a lottery because, Jesus. Not so this weekend, for I have visited the resplendent shores of Tybee Island, Ga. and gazed upon the vast wasteland separating it from the rest of civilization.

But where others see hillbillies and sadness, I see opportunity. I see not wasteland, but farmland rich with isolated convenience stores that have bathrooms for paying customers only. (In that respect, their business model makes much more sense than journalism’s, but I digress.)

Here, I could find the Podunk of Pondunks, a kind of Parapodunk embodying the essence of Podunk. And lo and behold! For there was Exit 98, where the off ramp was bordered by the most glorious of all trailer parks and the exit sign advertised a petting zoo that looked like a redneck Noah’s Ark. Here, I thought, yes here I will find the ticket that will lift me out of the middle class and into a life filled with maids and dune buggies.

The sign at the gas station said, “Due to the limited number of exits on I-16, all bathrooms are for paying customers only.” All the pencils at the lotto kiosk were worn past the nub. I made seven quick picks. I paid the clerk $7.50 and he commended me for having enough money to buy lotto tickets and a diet coke.

I have a real, real good feeling about my chances y’all. To all of my friends: I love each of you dearly. If I win the lottery, do not call me.